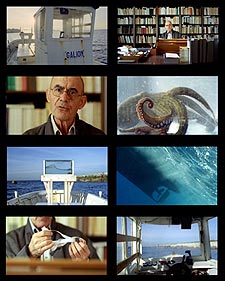 Beating off rivalry from more than 2,000 films worldwide, Kingston University artist and film-making expert Phillip Warnellâ€™s Outlandish: Strange Foreign Bodies is the only United Kingdom production selected in competition for screening at the prestigious international film competition FID Marseille, being held from 8-13 July.

Shot on 35mm in Strasbourg and Marseille, the film – which will receive its world premiere at the festival – follows a specially adapted fishing boat, The Galion, on an odyssey exploring the relationship between art and medicine. The film, developed with funding from The Wellcome Trust, cuts footage of an organ transplant against shots of an octopus, displaced from the sea and placed in an aquarium on board the boat.

Phillipâ€™s first task was to find a boat owner willing to have an aquarium built into his fishing boat. â€œEventually I found someone willing to let us adapt his boat, and the film crew made the aquarium look exactly as if it had always been part of the vessel, right down to the fake dripping rust,â€ Phillip said. â€œI chose an octopus because it is a creature that epitomises strangeness – it has three hearts, blue blood and changes colour depending on its moods.â€

But the crewâ€™s hectic schedule and the fact that filming cost 300 euros a minute meant Phillip had only one day in which to film on board in the Mediterranean. â€œThe midsummer-blue skies you see around the boat were shot in a three-hour period of glorious weather amidst a thundery December day,â€ Phillip added. â€œI was incredibly fortunate.â€ 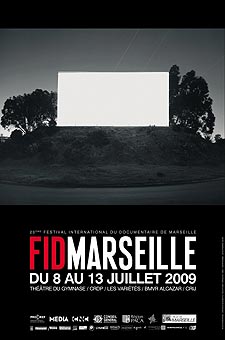 The eminent French philosopher Jean-Luc Nancy, who has himself had a heart transplant, appears in the film and provides the French-language commentary (which is accompanied by English subtitles). Phillip and Jean-Luc began collaborating some years ago, and this film is the result of three yearsâ€™ work. Outlandish: Strange Foreign Bodies, which involved a 20-strong crew, follows the success of Phillipâ€™s first film, The Girl With X-Ray Eyes, which was also selected and premiered at Marseille last year and has since been screened at major film festivals and exhibitions across the globe. Only 20 films worldwide are selected for FIDâ€™s international competition, with entrants from as far afield as Taiwan and India.

His next step is to create an installation of Outlandish: Strange Foreign Bodies which will be exhibited at a UK venue to be decided, and to produce a co-authored publication with Jean-Luc Nancy. Phillip will introduce the film at several screenings during the Marseille festival and take part in Q&A sessions after each. â€œIâ€™m looking forward to seeing it on the big screen myself,â€ Phillip added. â€œIt will be a premiere for me too, as so far Iâ€™ve only screened it on my laptop.â€