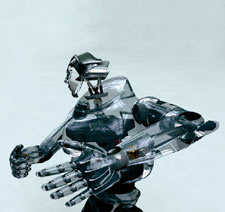 Sony, Samsung Design Europe and the British Film Institute are among the top organisations that have joined forces with Kingston University to create Digital Media Kingston, an initiative that aims to fill the digital skills gap by breaking down the barriers between the arts and sciences.

â€œWe need to move away from the idea that arts people are â€˜creativesâ€™ and scientists are â€˜tecchiesâ€™,â€ Karen Cham, development co-ordinator for Digital Media Kingston, said. â€œBoth fields are highly creative and are increasingly working together in the digital age – an animator and a programmer designing a computer game, for example.Â  But at present most students in the arts and sciences across the globe donâ€™t collaborate on projects until they meet in the world of work. This is a serious skills gap which has been identified by industry and thatâ€™s where Kingston University is spearheading change. Digital Media Kingston, with its cross-faculty initiative, is unique.â€

The pioneering approach means that, from September, postgraduate students on computer game and 3-D imaging courses developed under the initiative will work together across up to four faculties at Kingston and can graduate with either an MA or MSc. 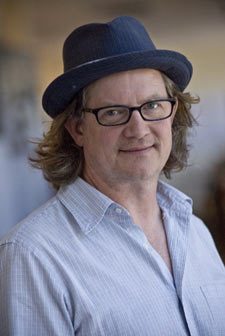 Alex McDowellÂ  – the production designer on such films as Fight Club, The Terminal and Minority Report and a visiting artist at the Massachusetts Institute of Technology (MIT) – has joined the industry panel of experts at Digital Media Kingston, along with other industry experts including Shelley Page, Head of International Outreach for DreamWorks Animation, and Sarah Lemarié, Infrastructure Manager & Academic Liaison at Sony Computer Entertainment Europe Limited. Alex, Shelley and Sarah have been closely involved in developing the Digital Media Kingston courses, helping to ensure that students are equipped with the skills they will need in the workplace.Â

"In order to work effectively our staff need a very deep understanding and appreciation of many cross-discipline skills,â€ Sarah Lemarié said. â€œIn games development it is imperative that team members are able to discuss issues using the context and language of their colleagues, no matter whether their focus is technical, creative or artistic. By bringing these disciplines together in Digital Media Kingston, the University is ensuring their students will have exactly the right mindset, experience and skills that to perform in the creative media industries."

Digital Media Kingston was showcased at the prestigious FMX/09 international conference in Stuttgart during May. Ultimately, it will bring together researchers from within the sciences and arts in addition to offering new cross-faculty courses in computer game development and special effects. It also acts as a portal to over 20 existing postgraduate courses in four faculties, covering subjects as diverse as software engineering; art and space; film-making; popular music; web development; informatics; and screen design for film and television.

The University is eager to involve local firms and Sunrise Software of Chessington, Surrey, has also joined the panel. â€œWe are very keen to encourage new local talent in our field, and we were impressed by how proactive Digital Media Kingston is in involving industry in its graduate programme. We fully intend this to be the first step in an enormously fruitful relationship between us,â€ Sunrise Software chairman Tom Weston said.

From September, Digital Media Kingston will offer six postgraduate courses of its own, including games development and 3-D computer-generated imagery. This should be followed in 2010 by a course on special effects. â€œWeâ€™re offering what industry is telling us it needs,â€ Ms Cham said. â€œOur students will be fully equipped to play a major part in the digital age, which underpins everything in the 21st Century.â€