Graduate match-makers on the road to business success 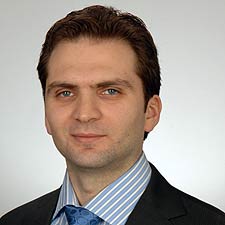 Two graduates have turned their degree project into a flourishing new business which acts as a ‘match-maker' between companies and suppliers.

Anas Batikhi came up with the idea for the business while he was a student on Kingston Business School's MSc Business Information Technology course. He asked fellow student Sharon Southall to join him in developing the project after they were asked to create a mock start-up business during the second and final year of the part-time course.

Sharon said the pair decided to create an online services company which acts as an intermediary between companies or public sector clients and IT suppliers who want to bid for project work. "In many respects, it is an Ebay for IT projects," she said. 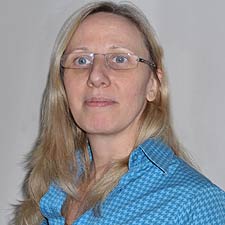 The students presented their business plan to Kobus Hertzog, a fellow of Kingston Business School, and Principal Lecturer Dr Walter Skok who encouraged them to develop the scheme. Later Anas approached Sharon to see whether she was interested in actually starting the company.

In January of this year iWebManage was launched by a team of five, most of whom already have full-time jobs. In spite of the harsh economic climate, the business has made a good start. Around ten  projects have already been matched with IT suppliers, including an online service for managing health insurance claims, a website for selling designer clothing and a website selling medical training videos.

The company, based in Ealing, west London, makes money by charging businesses seven per cent of the total cost of the winning bid. It holds on to the fee until the supplier has delivered the project to the company's satisfaction.

Sharon said the business was gradually developing with advice from Mr Hertzog and Dr Skok. "We hope that iWebManage will generate sufficient business volume to allow us to dedicate ourselves fully to developing the new business," she added. "Currently things are looking promising, we have several leads for future projects."

Sharon and Anas said that the MSc course had given them the background needed to start their own business. Anas, who has worked in project management roles in a number of companies including GlaxoSmithKline Plc, said: "It gave me the push to become an entrepreneur and made me realise that it does not always require a lot of investment to create a new company." He added that having access to business experts like Mr Hertzog had made setting up a company a much less daunting enterprise than he had anticipated.

Dr Chris Reade, Head of Department of Informatics and Operations Management, said: "Our MSc Business Information Technology course, which is now entering its ninth year of successful operation, helps to develop hybrid managers who are effective in developing IT applications in a business context. This is an excellent example."