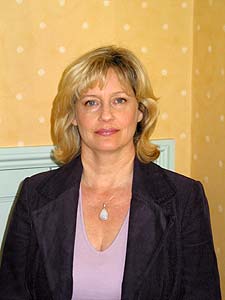 The search is on to find the most inspiring female entrepreneur in history. Kingston University academic Dr Nicola Phillips has teamed up with Addidi Business Angels to raise awareness of businesswomen from 1650 to 1950 who not only made money but who helped other businesses to succeed or contributed to their community. After much deliberation, a shortlist of five entrepreneurs - including an 18th century lace trader, a stockbroker and a suffragette who became president of the Institute of Directors - has been drawn up who are each battling it out for the Addidi Inspiration Award. Each finalist has the backing of a modern-day business woman championing her cause.

Dr Phillips deliberated over which women to put forward but plumped for ones who had not only become wealthy, but who used their money for good purposes and lived fulfilled lives. One contender for the title, Rosa Lewis, sacrificed most of her personal wealth transforming her hotel into a social aid centre for veterans of the Great War, while Hester Pinney rescued her brother from a death sentence and was largely responsible for her familyâ€™s social and financial ascent. Another entrepreneur, Beatrice Gordon Holmes, was involved in initiatives to improve mental health and set up a society to support professional women that still exists today.

â€œMy brief from Addidi was to write short biographies for about 12 women who had become successful entrepreneurs in the period 1650-1950 although I could have written many more,â€ she said. â€œThe outstanding thing about the five chosen is that they fulfilled these roles in a period when legal and cultural restraints made it particularly difficult for them to do so. They did so by informal networking with other women or by setting up organisations to support other professional businesswomen. They also battled with balancing work and family life, while paving the way for women in commerce today. They are an inspiration to modern women.â€

The entrepreneurs and their champions include:

The project, set up to mark the opening of a new private equity club for women Addidi Business Angels, is an example of how Kingston academics are working with industry to transfer their knowledge to a wider audience outside the lecture theatre. Addidi founder Anna Sofat said business leaders of yesteryear could definitely teach todayâ€™s business brains a thing or two. "By focusing on their success, we hope to inspire modern women with wealth to invest in small businesses," she said.

The Addidi Inspiration Award will be given to the female entrepreneur polling most votes at a ceremony on Thursday 2 July at Trinity House. To vote for your favourite woman from history to win the award, visit: www.addidiawards.com. The closing date for voting is Tuesday 30th June 2009.