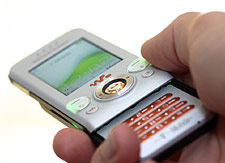 People like to believe their actions are driven by their own free will and are not unduly affected by other people. Research, though, shows the way we act is often subconsciously influenced by what we believe to be â€˜normalâ€™ behaviour.

Led by Kingston University with Swansea University and University of the West of England (UWE), a new Â£1.1 million research project is about to take this finding to the next level by investigating whether it is possible to nudge individual behaviour in a socially-desirable direction, simply by telling people what others are doing.

Appropriately dubbed â€˜Charmâ€™, the three-year project is funded by the Engineering and Physical Sciences Research Council and the results could be used to change people habits surrounding such national issues as climate change and obesity. The research will involve 800 people in three case-studies, one relating to electricity consumption, a second to obesity and active lifestyles and the third looking at green activity among online social groups. The studies will use technology such as mobile phones and Facebook to collect and feed back information on what most people do, to see whether this changes individual behaviour. 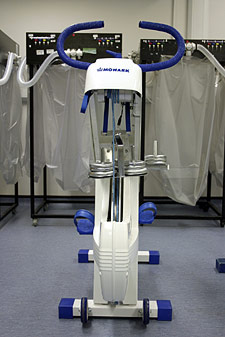 Principal Charm investigator Dr Rettie said social habits were based on assumptions about normal practices such as having a bath every day or washing clothes each week. â€œIt is very difficult to shift peopleâ€™s views on what they see as being normal,â€ Dr Rettie explained. â€œThis is why direct approaches, such as telling them not to keep their house temperature at a constant 22 degrees because it will increase their carbon footprint, fail so often.â€

Previous projects had shown that telling individuals what neighbours, colleagues, friends – or even people they just perceived as being like them – were doing, affected their own actions, Dr Rettie said. Recent research involved notices in hotel rooms asking guests to help protect the environment by not leaving their towels out for washing every day. â€œThis approach had only limited impact, but when hotels changed the wording to say â€˜75 per cent of the people who have stayed in this room re-used their towels to help the environmentâ€™ – there was a marked drop in the number left out for washing,â€ she said. â€œI think this shows that, ultimately, we all just want to be like other people.â€ 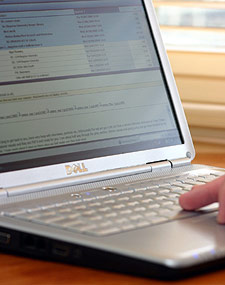 The electricity consumption case-study will involve a special sensor gadget attached to participantsâ€™ electricity supply. As well as telling them about their own usage, the sensors will also tell people how much power their neighbours are using. â€œWe hope to expand on a similar project that was carried out in the United States,â€ Dr Matthew Studley, a robotics expert from UWE, and one of Charmâ€™s co-investigators, said.

For the activity lifestyle case-study, a specially-designed application will monitor the daily physical activity of groups of friends, sending feedback to them via their mobile phones. Dr Parisa Eslambolchilar, from Swansea University, leading this part of the research, said: â€œMy area is human-computer interaction and persuasion, so Iâ€™ll be looking at whether we can use this new technology to convince people to take up a healthier lifestyle.â€

The final case-study will use Facebook to evaluate the effect of feedback on sustainable behaviours among a social network group. â€œWhat makes Charm different to previous smaller scale projects is that this study is truly inter-disciplinary, drawing upon research in sociology, social psychology and behavioural economics to really examine people's innate desire to conform to what is normal,â€ Dr Rettie said.