Warning on athletesâ€™ use of prescription drugs

Warning on athletesâ€™ use of prescription drugs 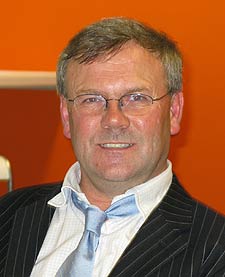 Athletes could be putting their lives at risk by doping themselves with powerful prescription drugs, a leading academic has warned. Professor Declan Naughton, Professor of Biomolecular Sciences at Kingston University in South West London, cautioned sportsmen and women against trying to improve their performance by taking drugs known as nitrites without clinical supervision. Speaking at a conference on drug-taking in sport, he warned that they could suffer a range of side effects from convulsions to coma, and could even kill themselves.

Professor Naughton, who is based in the School of Life Sciences, is one of the scientists who first discovered the beneficial effects of nitrite. These can include treatment for heart and blood disorders, and may have future potential in the treatment of inflammatory diseases such as rheumatoid arthritis, and some cancers where a better blood supply helps to deliver oxygen and medicines.

He said he was concerned that athletes are unlikely to be aware of the effects of misusing it. â€œBased on current research on the levels of abuse of performance enhancing drugs by athletes, the future uptake of this drug by the athletic community is of real concern,â€ he said. â€œNitrite has enormous potential as a treatment for diseases characterised by inadequate blood supply but if taken in supplement form without clinical supervision, nitrite may lead to a number of serious side effects including cardiovascular collapse, coma, convulsions and death.â€

Professor Naughton said the potentially harmful side-effects of nitrite had been established and are documented in the medical reference guide Martindale, which contains information on drugs in clinical use worldwide. Although athletes are routinely tested for prohibited drugs, nitrite is not on the list of substances banned by the international sporting authorities and athletes face no penalty or disciplinary action for taking it. Professor Naughton said it would be difficult to enforce a ban because small doses are found in foods such as cured meats and lettuce and it is expelled from the body in urine. 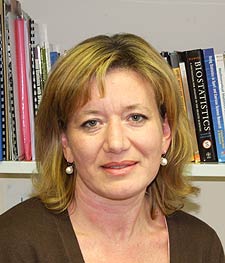 Speaking at the same conference, Dr Andrea Petroczi, a Reader in Public Health at Kingston University, said that her research on performance enhancing drugs suggested that there was a possibility that nitrites could be taken up by athletes. She analysed information from UK Sportâ€™s Drug Information Database, which allowed athletes, coaches and team doctor to check the status of most UK licensed pharmaceutical products in the run-up to the 2008 Beijing Olympics. Among her findings, Dr Petroczi discovered that checks on Viagra-type medication had almost doubled during the months leading up to the Olympics compared to the previous two years.

She also reported that some athletes were taking as many as 26 different drugs and supplements in a single day. â€œStudies using declarations made by athletes during doping controls highlight two concerning issues: a marked increase in the use of asthma medications and the use of non steroidal anti-inflammatory drugs well above the appropriate level for reported illnesses or injuries,â€ she said.

Professor Naughton and Dr Petroczi highlighted the need for better education among athletes to warn them of the dangers of using performance enhancing substances. To help raise awareness, a conference on sport and drugs would be held at Kingston University each year in the run up to the 2012 London Olympics, Professor Naughton said.

This yearâ€™s conference, The Dark Side of Sport: Chemical Enhancement of Athletic Performance, took place on 11 May. It was funded by a grant from the South West London Academic Network, an alliance between Kingston University, St Georgeâ€™s University of London and Royal Holloway, University of London.