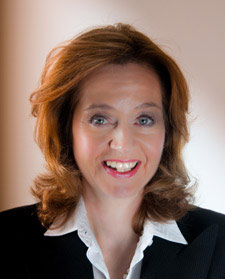 In her 30 years as a PA, Amanda Evans has seen how the profession has changed. â€œSecretaries basically used to answer the phone and take messages, now theyâ€™re more likely to do the background research and deliver the response to those enquiries,â€ she said.

After leaving school at the age of 18, Amanda trained as a French/English bilingual secretary and worked in Paris, and then London for organisations including The Savoy hotel, the European promotions division of a major US company and electronics giant Racal.

She joined telecommunications company O2, in December 2002 and works as Executive Assistant to Matthew Key, the Chairman and Chief Executive of O2â€™s parent company Telefónica Europe plc. She is responsible for ensuring that his schedule runs smoothly and sees her role as â€œliving each day through his eyes but ahead of him, doing all I can to make him as effective as he can beâ€. She manages staff in two offices, one in the UK and one in Spain. She and her team help provide support to travelling senior staff and executives in addition to Mr Key. â€œItâ€™s a challenging and diverse role, you need to be pragmatic and focused, able to constantly juggle priorities and rapidly changing commitments – being a team player helps,â€ she said.

Amanda, 50, who lives in Oxfordshire, is based at Telefónicaâ€™s headquarters in Slough, Berkshire, and twice a month travels to the companyâ€™s office in Spain – which encouraged her to learn Spanish. Her fluency in the language has helped to accelerate business relations across the companyâ€™s Spanish and Latin American operations.

She feels taking on personal tasks is a key part of the job. â€œThe greater responsibility you have in an organisation, the more holistic the role. Working closely with the chairmanâ€™s wife is important to keep her updated on changes that may affect domestic arrangements and to ensure, where practicable, he can be around when there are key family milestones.â€Â  She added: â€œItâ€™s nice to have that personal involvement, it shows a level of trust and understanding – weâ€™re working with an individual after all.â€Â

Amanda said she was surprised by the high level of bullying described in the report and said she had not encountered any difficulties herself. She added: â€œPAs and managers tend to have a close working relationship so if tensions rise, it is likely such tensions could flow through to the secretary, but itâ€™s an example of the close understanding that the boss can express such tensions and know it goes no further.â€

She supported calls for a national PA qualification and suggested that workshops on subjects such as how the stock market works and on technology could be beneficial to both secretaries and the organisations they represent.

As an experienced PA, Amanda has also been involved in mentoring more junior staff. She explained her view of the PAâ€™s role: â€œTo an extent, the more effective the PA, the less conscious people will be of what has been done, they will just know â€˜it worksâ€™.â€Â  She added: â€œThe boss does not need to understand the steps, simply the end result – and youâ€™re as good as the last result, so you need to keep focussed.â€Â

To interview Amanda or for more information about Telefónica Europe plc please contact Simon Lloyd, the companyâ€™s Head of Media Relations on 07912 072777.