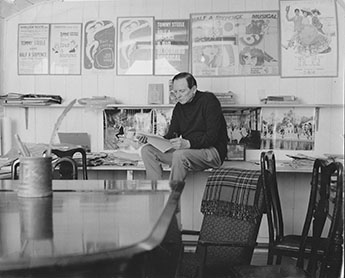 An exhibition showcasing the life of a composer whose work graced the silver screen, Broadway and the West End is featuring in a national campaign to encourage people to visit their local archives.

Ivor Novello Award-winner David Heneker wrote songs for some of the longest-running musical comedies to be shown on the London stage after the war and was the first British writer to have two shows on Broadway running for more than 500 performances. He was best known for his musical Half a Sixpence but other highlights from Heneker's career, which ran from the 1930s to late 1990s, include Charlie Girl, Irma la Douche and Expresso Bongo, filmed with singer Cliff Richard.

A new exhibition entitled 'Out of the Box: The David Heneker Archive' has opened in the University's Archives and Special Collections department as part of the Explore Your Archive campaign, which is seeing archives across the country hold events to encourage researchers to visit their local archives and discover what collections are held there.

Kingston University archivist Katie Giles said the new exhibition beautifully captured an important part of musical theatre history. "We decided to focus our promotion on David Heneker because although he composed some of this country's best-known musicals, and we thought it important to recognise all that he contributed to musical theatre," she added. "Archives are important cultural resources for people to access. I still find it incredible that people have come in here to do a bit of research and have been reduced to tears because they've discovered something particularly poignant and important to them and it's right there, in their hand. The main thrust of this campaign is to encourage people to come and explore our archives and take a peek at the materials we have in them - we want people to get hooked so that they keep coming back. I think everyone will be amazed and intrigued by some of the items we have secured here.

"We are also delighted that the National Archives feature our exhibition in this major awareness campaign. There are archives all over the country taking part so it is an honour to be chosen." 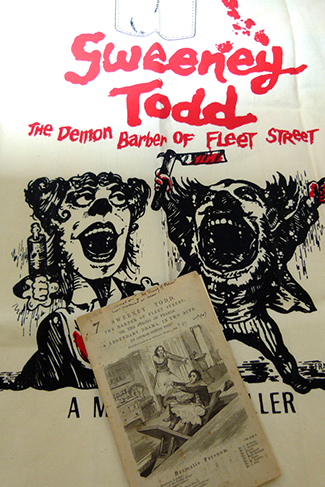 Within the Heneker collection at Kingston University, which is open to the public, a wealth of original material from stage and film productions can be found including working notes, early drafts of scripts and manuscripts of songs. There are also programmes and memorabilia including commemorative wedding albums and postcards and after-show champagne supper party invitations.

The Heneker collection is only one of a number of important archives held at Kingston University which include a treasure trove of musical theatre memorabilia from the work of Stephen Sondheim. This particular collection is made up of a raft of theatre ephemera from some of the most popular productions to grace the West End and Broadway during the past five decades. It includes vintage programmes, flyers, posters and reviews of such stage hits as West Side Story, Company, Follies and Sweeney Todd. The Sheridan Morley Theatre Collection also contains 4,000 books and a wealth of material on theatre and the performing arts, collected by theatre critic Sheridan Morley.

Perhaps the best-known and arguably, in research terms, the most valuable materials belong to the Dame Iris Murdoch collections. In 2004, the University acquired the acclaimed author's London library, followed in 2007 by her Oxford library. Amongst more than 2,000 letters written by Iris Murdoch held in the collections, two unique sets of letters can also be examined in the archive, one of which reveals the depth of Murdoch's relationship with fellow philosopher Professor Philippa Foot. These 250 letters from the 1940s to 1990s provide a rare insight into her private life and thoughts. They also give a first-hand insight into the social, political, philosophical and literary zeitgeist in Britain in the mid-to-late 20th Century and were the focus of a recent project supported by the National Lottery through the Heritage Lottery Fund.

Her troubled private life and insecurities about her ability as a writer are also laid bare in the second set of letters written to the French poet and novelist Raymond Queneau. Most of the 160 plus items of correspondence were written before the first of Murdoch's 26 novels was published and before she married. The novelist was a prolific letter writer and the Queneau collection is significant because it creates an intimate portrait of her development as a writer, philosopher and also a woman. 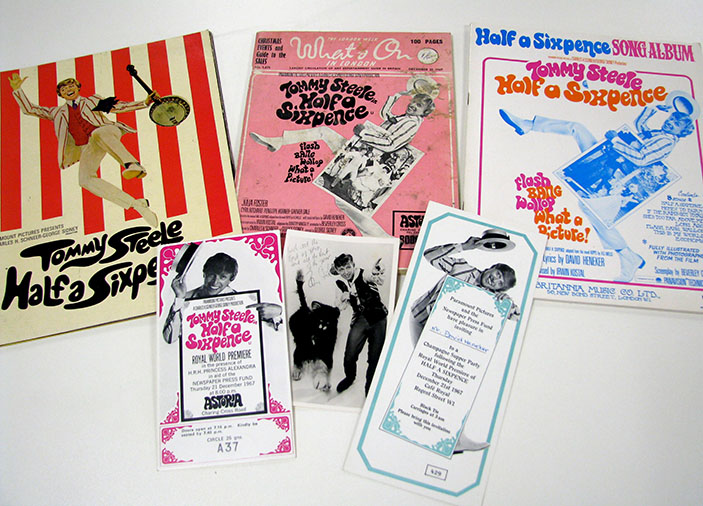