In a week of graduations, Kingston University has conferred two honorary doctorates on academics who lead US universities, a prominent British politician and one of the country's most successful sportsmen. The University also recognised the achievements and contributions of two of its own, by awarding honorary fellowships to former academics at the Faculty of Art, Design and Architecture. 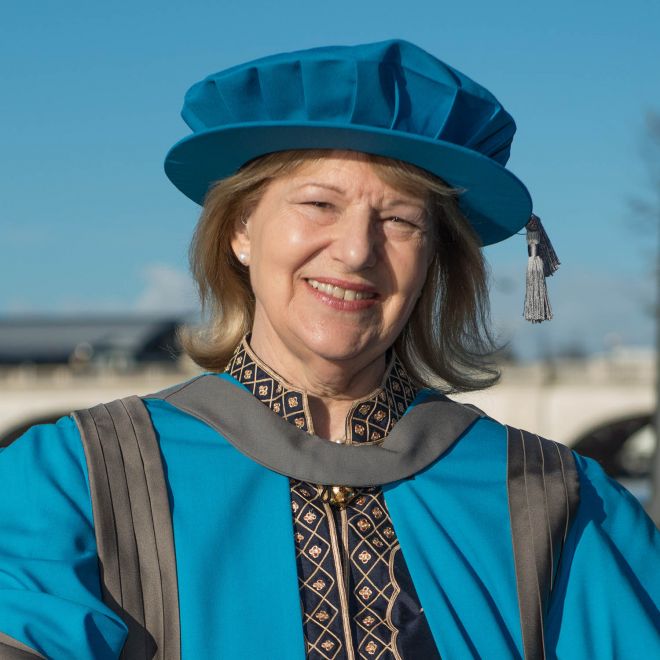 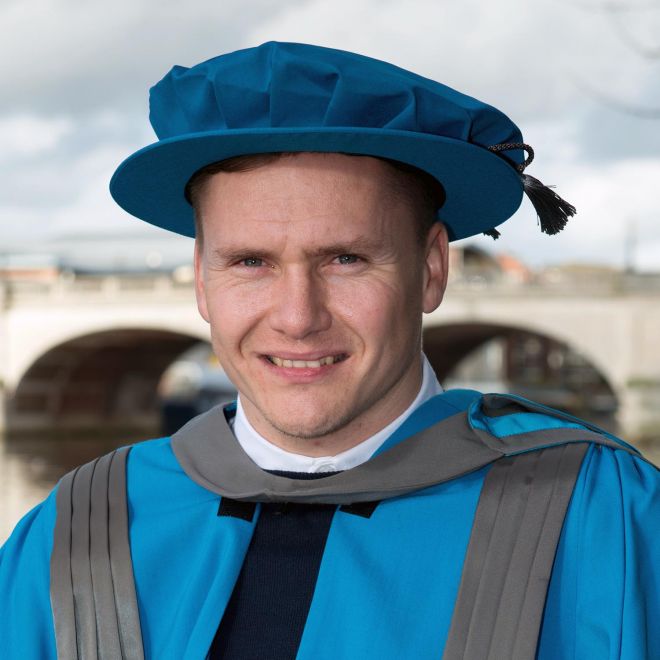 David Weir CBE HonDScMr David Weir CBE is awarded with Doctor of Science in recognition of his outstanding contribution as an inspirational ambassador for disabled sports activities globally.

Paralympian David Weir is one of Britain's greatest athletes having achieved an outstanding record in both track and road wheelchair racing. He first took up wheelchair racing at primary school and competing in his first London mini-marathon, aged eight. At 17 he was selected for the 1996 Atlanta Paralympic Games, and went on to win silver and bronze medals at the 2004 Athens Games; two golds, a silver and a bronze at the 2008 Beijing Games; and four gold medals at the London 2012 Games.

Mr Weir trains at Kingston athletics track and in Richmond Park. He received an MBE in 2009 for his services to disabled sport, and was subsequently awarded a CBE in the 2013 New Year's Honours for services to athletics. 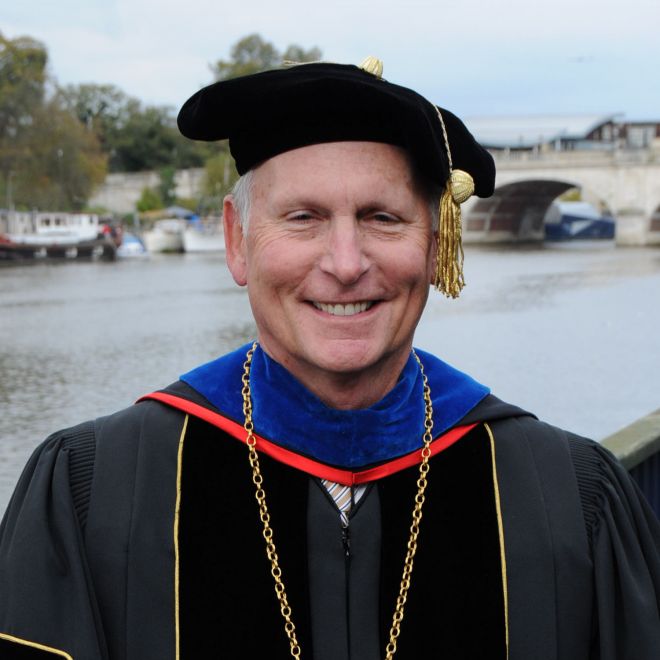 Dr Philip L Dubois HonDArtDr Philip Dubois is awarded with Doctor of Arts in recognition of his contribution to internationalism and the partnership between Kingston University and University of North Carolina at Charlotte (UNCC) over the past 30 years.

Dr Dubois is renowned for promoting and supporting education and institutional advancement. His academic career began in 1976 when he returned to his alma mater - the University of California, Davis - and rose through the ranks to become associate vice-chancellor for academic affairs. In 1991, he was recruited to UNCC, where he spent five and a half years as provost and vice-chancellor for academic affairs. Under his leadership, UNCC launched its first doctoral programmes.

In 1997, he was made president of the University of Wyoming. During his eight-year tenure, state and federal legislative support increased, while private gifts to the university more than quadrupled. Dubois became chancellor of UNCC in 2005 and has focused on planned enrolment of 35,000 students. Applications have increased by 80 per cent and overall enrolment by 32 per cent. 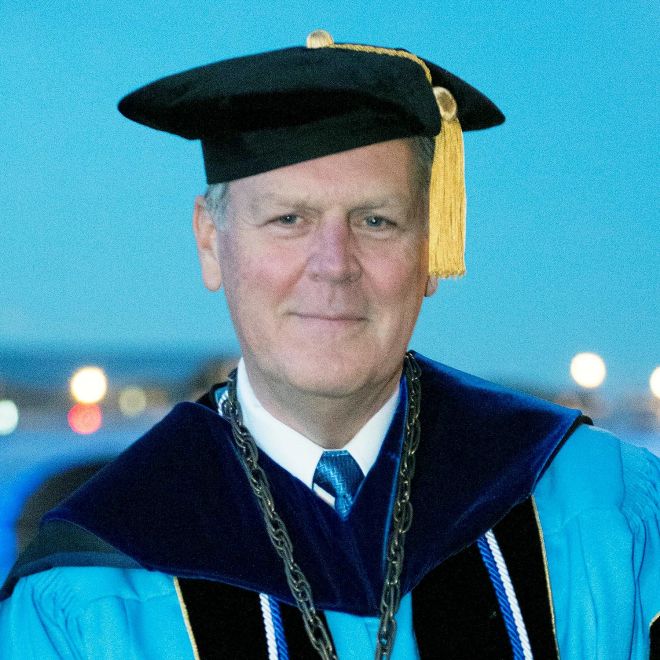 Dr Thomas J Haas HonDScDr Thomas Haas is awarded with Doctor of Science in recognition of his contribution to internationalism and the partnership between Kingston University and Grand Valley State University (GSVU) over the past 25 years.

Dr Haas is an internationally recognised expert in hazardous material transportation, strategic planning and higher education leadership. Before his appointment as GSVU president in 2006, he served as president of the State University of New York, Cobleskill.

During his presidency at GSVU, the university has seen a steady rise in enrolment and dramatic increases in the number of graduates. He has overseen a 40 per cent increase in building and guided the completion of a highly successful comprehensive campaign focused on student scholarship, facilities and faculty chairs. The campaign doubled the University's endowment to almost $100million. 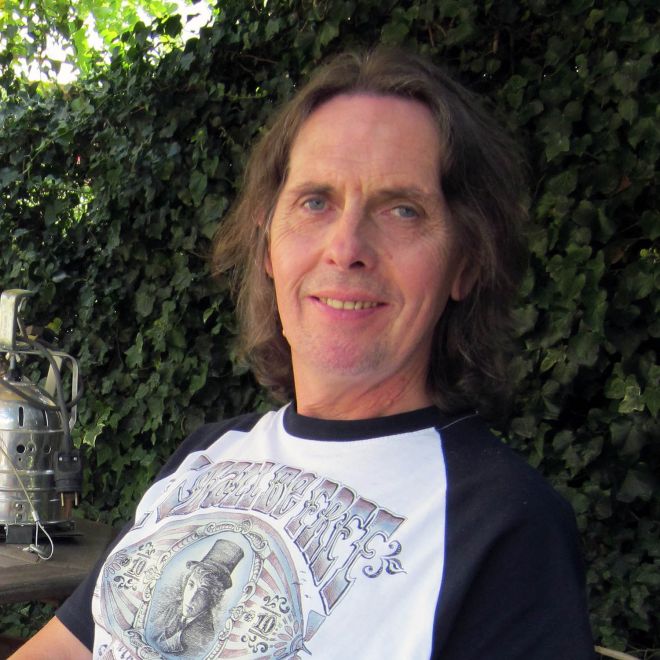 Brian McCann HonFellow (1953-2014)Brian McCann is recognised with the posthumous award of Honorary Fellow of Kingston University for his outstanding contribution to the field of fine art. He was an internationally recognised artist, whose work includes sculpture, drawing and moving image. He was also a valuable member of Kingston University's School of Fine Art for more than 20 years.

Mr McCann trained as a graphic designer before getting an MA in sculpture from the Royal College of Art. He was appointed a Stanley Picker Fellow in sculpture in 1983, then awarded a two-year Prix de Rome scholarship in sculpture at the British School in Rome.

In 1991, he took up the first Tate Gallery Liverpool Momart Fellowship and, in 2008, he was elected an associate of the British Society of Sculptors, becoming a fellow of the society in 2011. His work is held in collections around Britain, notably the British Museum and Dundee University fine art collections. He held many solo exhibitions across Europe.

Mr McCann was a dedicated educator and inspiring teacher. He started his teaching career at Kingston University as a part-time lecturer and progressed to senior lecturer, concurrently teaching at the Royal College of Art and the Royal Academy Schools. He also lectured occasionally at the SACI Academy in Florence, Italy. 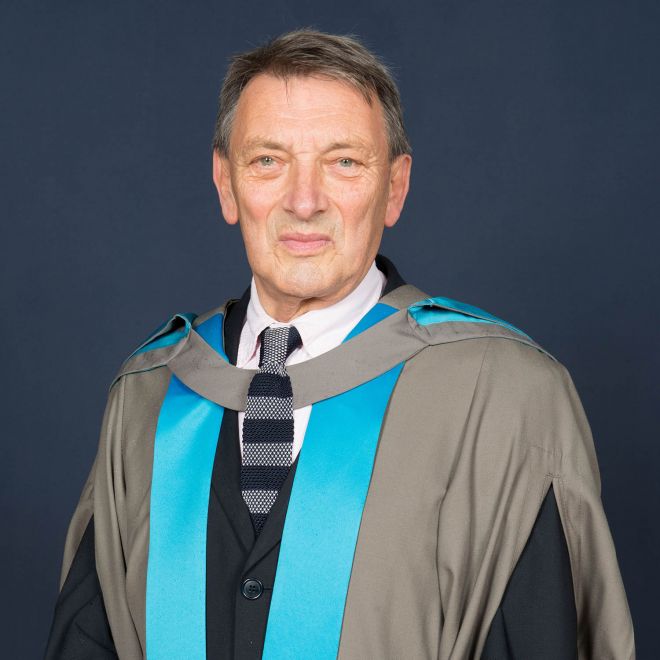 Fred Scott HonFellowFred Scott is awarded with Honorary Fellow of Kingston University for his outstanding contribution to interior design education. He is known for the quality and depth of his teaching and writing, and he has taught design theory for more than 50 years.

He joined Kingston University In 1984 as senior/principal lecturer and course leader for Interior Design. Whilst at the University, his experience using the studio teaching environment as a type of laboratory was the inspiration behind his influential book On Altering Architecture. He left Kingston University in 2004, but continued teaching on a part-time basis and has acted as external examiner for the American Intercontinental University, Central St Martins, Brighton University and the Royal College of Art.
Alongside his career in education, Mr Scott has continued his interior design practice, exhibiting his work and entering it in competitions.

• Find out more about Kingston alumni and graduation ceremonies at Kingston University.