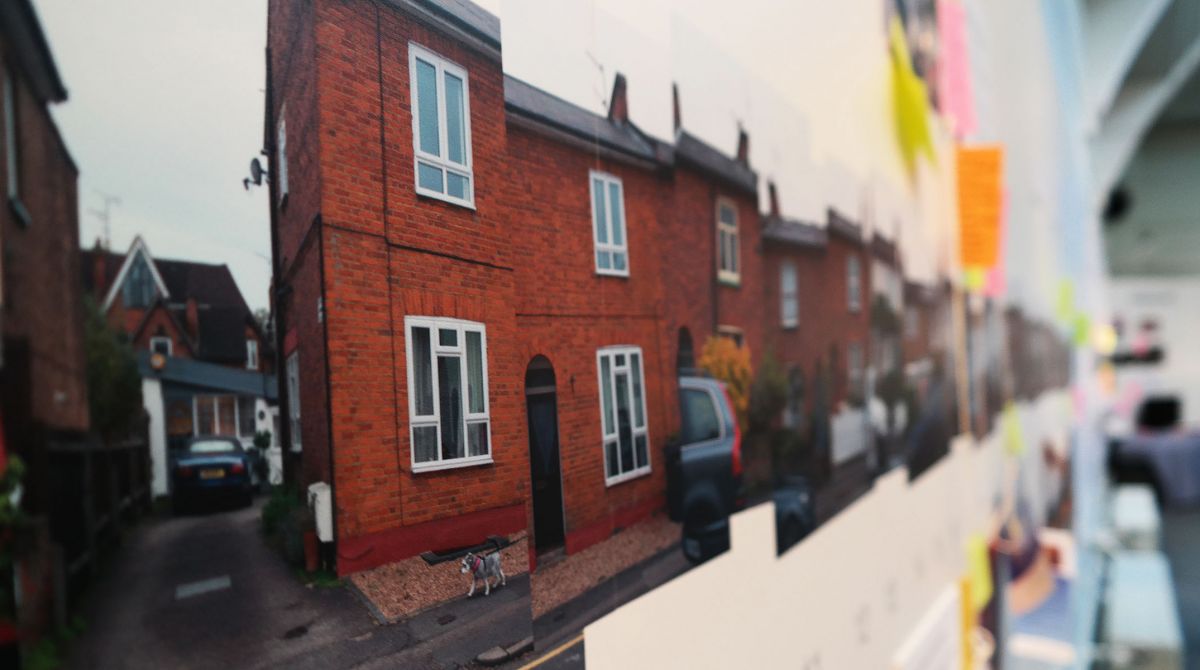 What would happen if you took a single street and examined its history through the cherished belongings of each household along with a selection of items relating to the road? A group of Kingston University Museum and Gallery Studies MA students has just found out after helping to create a new Kingston Museum exhibition delving into the lives of residents of Surbiton's Cleaveland Road through the stories of the objects they love.

Running until 16 January, the free exhibition, called the Street Museum, is the product of an oral history project with people living on Cleaveland Road being challenged to record the story of a treasured possession - anything from a photograph to a ticket stub or a pair of shoes to an earring. Each object is important to its owner and vital to their sense of self and place.

The exhibition brings together residents of Cleaveland Road with representatives from The Community Brain - a non-profit making community organisation - as well as Kingston Museum, local schools, Kingston Council and the University. As part of their postgraduate programme, one group of the Kingston University students carried out a series of interviews to draw out the stories behind the objects while another looked in to the history of items that had been found on the street. 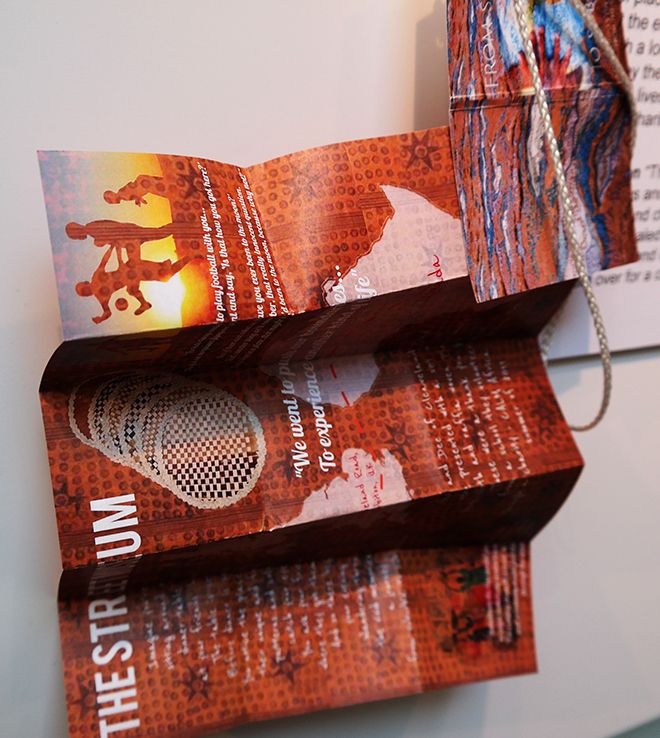 Yolanda Harbon's booklet detailing the history of the Ugandan placemats she researched for the Street Museum project.Student Yolanda Harbon said she had learned a huge amount through getting involved in the novel community initiative. "We've had the privilege of sharing the tales behind objects that mean so much to the people of Cleaveland Road," she explained. "I love stories so I found it completely captivating to hear people's first-hand accounts of key times in their lives."

Yolanda interviewed Paul and Dee O'Sullivan Winks, a couple who had spent a summer volunteering in Uganda. Their memento was a set of six placemats made of woven bark and raffia cloth, which were a gift from teachers at the school where the pair volunteered. Reliving memories with Paul and Dee had been a very special experience, Yolanda said. "It was a real honour to be able to preserve those recollections in a tangible form," she added.

Objects contributed by residents ranged from items directly connected to the area, such as a photograph believed to be of the street's VE celebrations in 1945, to those from much further afield, including an Argentinian rug. Items discovered on the street - including house front doors and a pencil - provide a rare insight in to the social, cultural and economic history of Surbiton and the suburbs in general. 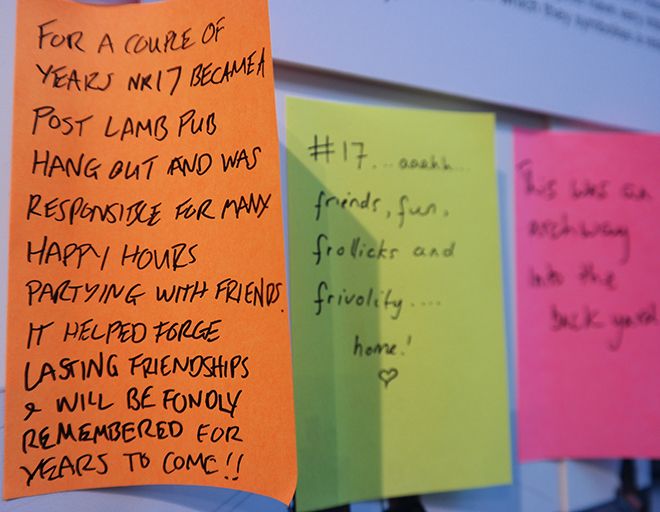 People have been adding their personal memories of living on Cleaveland Road to the Street Museum exhibition.Senior lecturer Dr Helen Wickstead, explained that the University's Museum and Gallery Studies MA course included modules developed and taught in conjunction with several sector-specific organisations, including Kingston Museum. "I'm very proud of what was created for the Street Museum project and it's a great example of how our students are actively engaged in helping to improve and promote Kingston borough," she added. "The booklets and interviews they produced can be found at the Museum. It's also a living exhibition, so it's brilliant to see post-it notes with fun facts about the street being stuck on the exhibition boards by visitors."

Cleaveland Road had formed part of a Local Area of Special Character since 1989 but never been fully investigated before, according to The Community Brain director Robin Hutchinson. "The exhibition reveals the richly varied heritage present in the street - a little pocket of historical interest made up of a mix of Victorian terraces and semi and detached housing," he said. "This is the history of the road, its residents and their stories."

Student Charlotte Major said that, for her, the most intriguing aspect of working on the Street Museum project had been the diversity of stories relating to objects from just one road. "People are amazing and it reminded me to stop and take the time to listen," she said. "If we don't listen, people's stories will, one day, be lost." 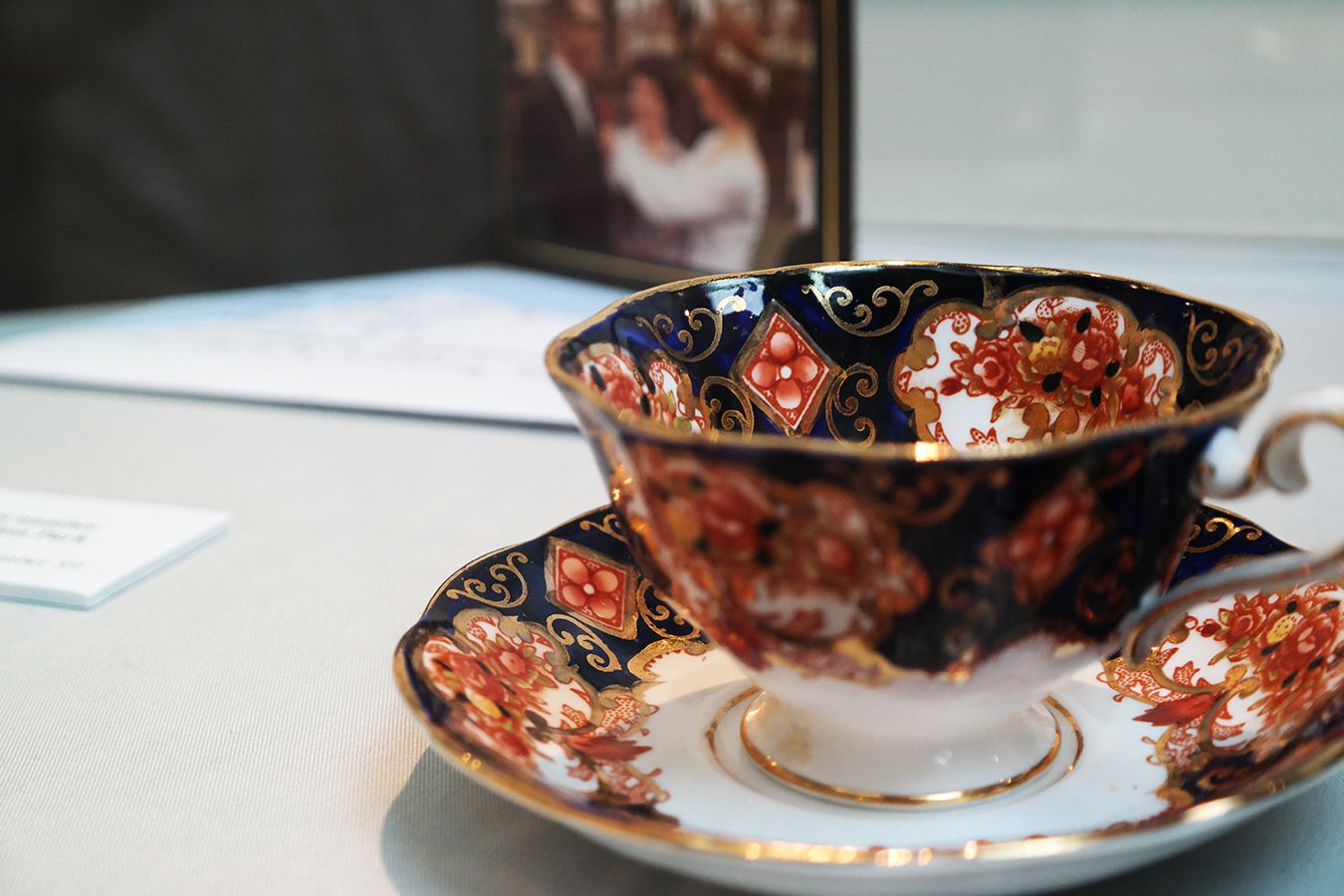 This tea cup was provided by Cleaveland Road resident Archie Halliday, alongside a portrait of his late wife Elsie, a door handle and a church pew placeholder.