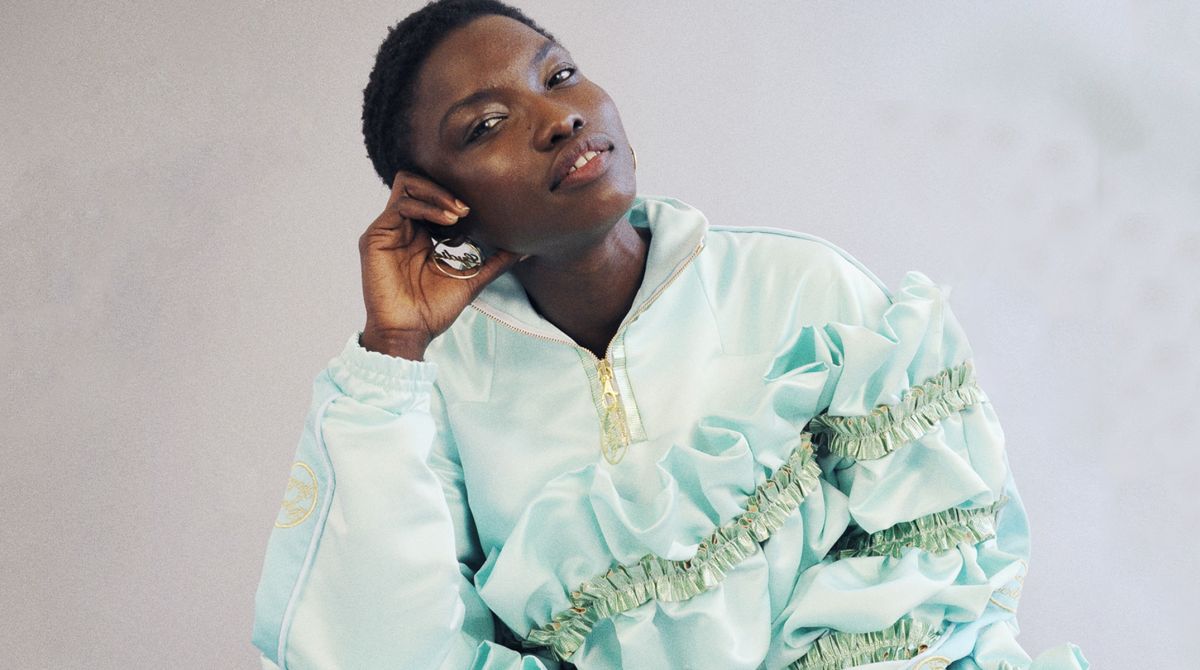 Not every girl dreams of wearing her favourite tracksuit to the prom. But for one young Kingston University designer, the idea has formed the inspiration for a womenswear collection that blurs the lines between sportswear and party dresses.

Influenced by her own love of the sporty two-piece, BA(Hons) Fashion student Lydia Bolton was intent on creating a range of clothing to celebrate the ultimate female tomboy. Her final-year collection sees the transformation of the tracksuit into a glamorous statement piece, echoing the iconic style of rappers such as Missy Elliott. "I wanted to deconstruct the notion of the tracksuit and see how far I could push it – I wanted to make it fashionable and fun while still being athletic," Lydia said. "My whole collection is based around a fictional character who is going to her end of year prom. She wants to have a good time with her friends, have fun and be comfortable, but she also wants to be the centre of attention." 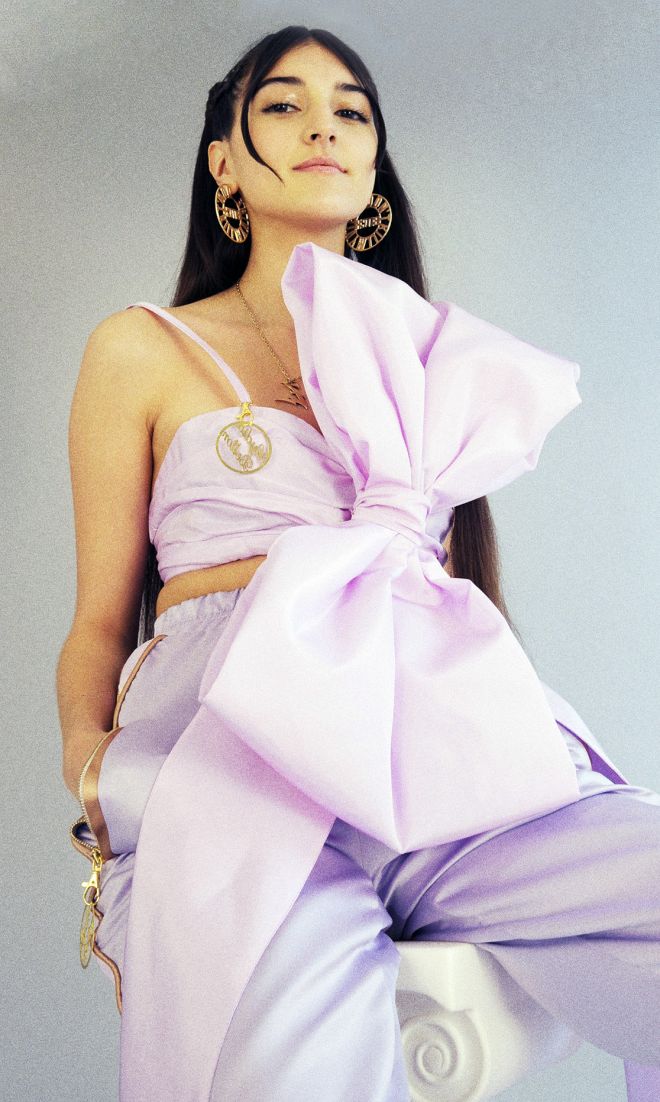 Lydia Bolton's garments blend the bows and frills of prom dresses with the embroidered details and logos that often adorn sportswearThe 22 year old from Cheltenham, who is about to unveil her latest work on the catwalk at Kingston University's Graduate Fashion Week show, wanted to challenge some of the traditional stereotypes associated with the humble tracksuit. "I watched a lot of 1990s prom films as part of my research and I wanted to capture that era's prom-feel but also wanted my looks to be edgy – it's a sporty, streetwear collection," Lydia explained. "I love wearing tracksuits, but people often see that as being less well dressed or less fashionable. I wanted to change that perception by creating high-fashion, over-the-top garments with exaggerated features, while still staying true to the essence of the tracksuit as a piece of comfortable and unrestrictive clothing."

Lydia created her collection by combining typical prom dress materials, such as satin adorned with frills and extravagant bows, with nylon and velour tracksuit fabrics. Each garment also sports her own instantly-recognisable branding, influenced by the iconic designs of large sportswear companies such as Adidas and Umbro. Her eponymous logo is embroidered down both sides of each jacket and tracksuit trouser leg. Using a traditional prom dress colour palette of pastel pinks, blues and greens, her garments even boast their own matching sports bags.

"My designs are influenced by rap videos and street style. The bows are inspired by those found on typical prom dresses, but they're exaggerated – they push the silhouette of the garments and distort what otherwise could be quite regular shapes. Sportswear is all about the details – the style of zip, the piping, elastics and the stripes. I wanted to see how far I could take a sportswear range."

Having first shown a passion for sewing as a teenager, Lydia went on to complete an Art Foundation course at Kingston University before securing a sought after place on its three-year fashion degree programme. Her latest collection is the culmination of a style she has developed throughout her Kingston University course, drawing on her love of high-fashion and the work of John Galliano in the 1990s.

Lecturer Todd Lynn said Lydia's clear focus allowed her to tell the story of the character she had created through her collection. "Lydia had a really strong vision from the beginning, weaving the style of the prom dress into street culture and a character she can really identify with," he said. "Her work feels authentic and the simplicity of the concept makes her striking designs really stand out from the crowd."