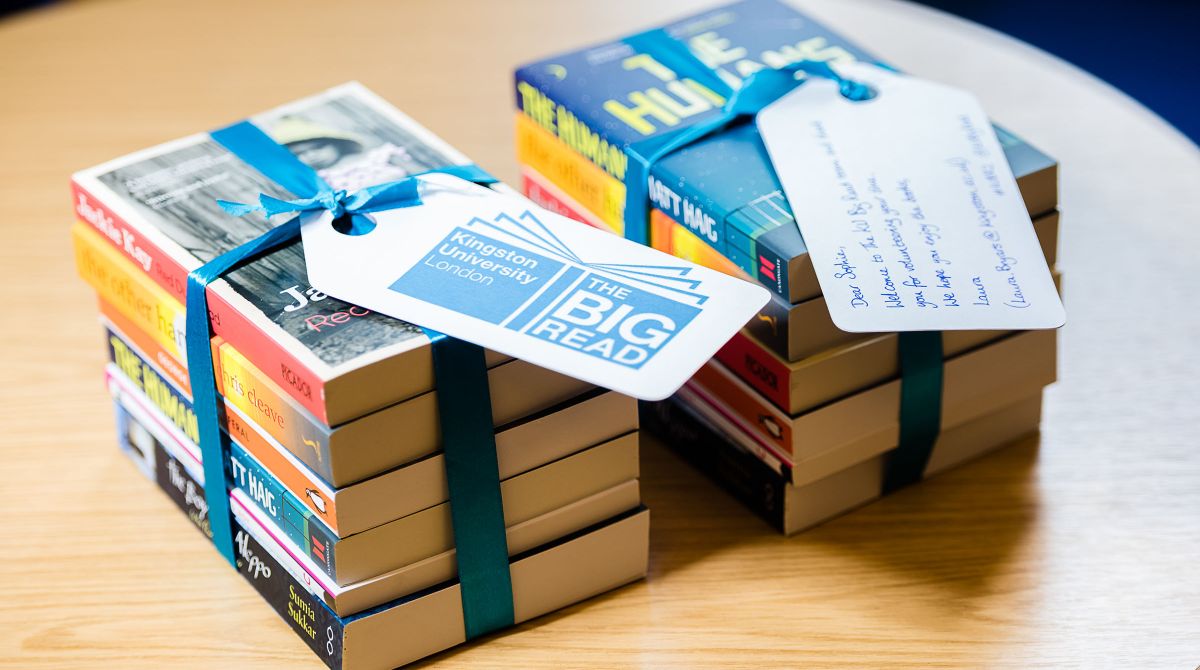 Edinburgh Napier has joined forces with Kingston University to develop the Big Read scheme as a way of helping students settle in to campus life and foster a sense of belonging.

All new Kingston University and Edinburgh Napier undergraduates and postgraduates will be sent a special edition copy of The Humans by Matt Haig - published by Edinburgh-based Canongate Books - during the summer before taking up their places.

The Big Read scheme aims to bring students together through the shared experience of reading the book, which explores what it is to be human from the perspective of an alien new to Earth. Pioneered at Kingston University last year, the project seeks to enhance the sense of community across the whole University and provoke discussion about the selected book among students and staff.

Both institutions have large numbers of students who are the first in their family to go to university, and substantial numbers who live at home. They plan to collaborate on research into students' responses to the scheme.

Assistant Principal Student Experience at Edinburgh Napier Dr Sandra Cairncross said she was excited about the opportunity the Big Read offered to promote the importance of reading. "It's a great way to welcome our new students and start building relationships by encouraging discussions between both students and staff. I'm also delighted with the choice of The Humans, as it deals with relevant themes such as coping with transition and settling into a new community."

The Big Read was launched in the United Kingdom last year by Kingston University following the success of similar schemes in the United States. More than 13,000 copies of Nick Hornby's novel About a Boy were given to students and staff and a talk by the author at the University was booked out. The Humans was selected for this year's project from a shortlist of six titles narrowed down from more than 100 suggested books.

Publishing expert Dr Alison Baverstock, who is the director of Kingston University's Big Read, said it was fitting that the scheme was strengthening the links between Kingston University and Edinburgh Napier when the overarching aim of the project was to bring people together. "It's wonderful to be able to share the scheme and its benefits across the border with a similar institution and encourage all students to enjoy reading - not just those who already have an interest in literature," she added. "The Humans is a beautiful novel exploring love and what it is to be human. It is funny, quirky and immensely clever."

First published by Edinburgh-based Canongate Books in 2014, The Humans was written by Haig after he recovered from an anxiety disorder. Change and adjustment are key themes in the novel. "The Humans is one of the most memorable and enjoyable books the company has published in recent years. To have it selected as Kingston University's Big Read and for that initiative to be extended to Edinburgh Napier University is tremendously exciting," Jamie Byng, the publisher's chief executive, said.