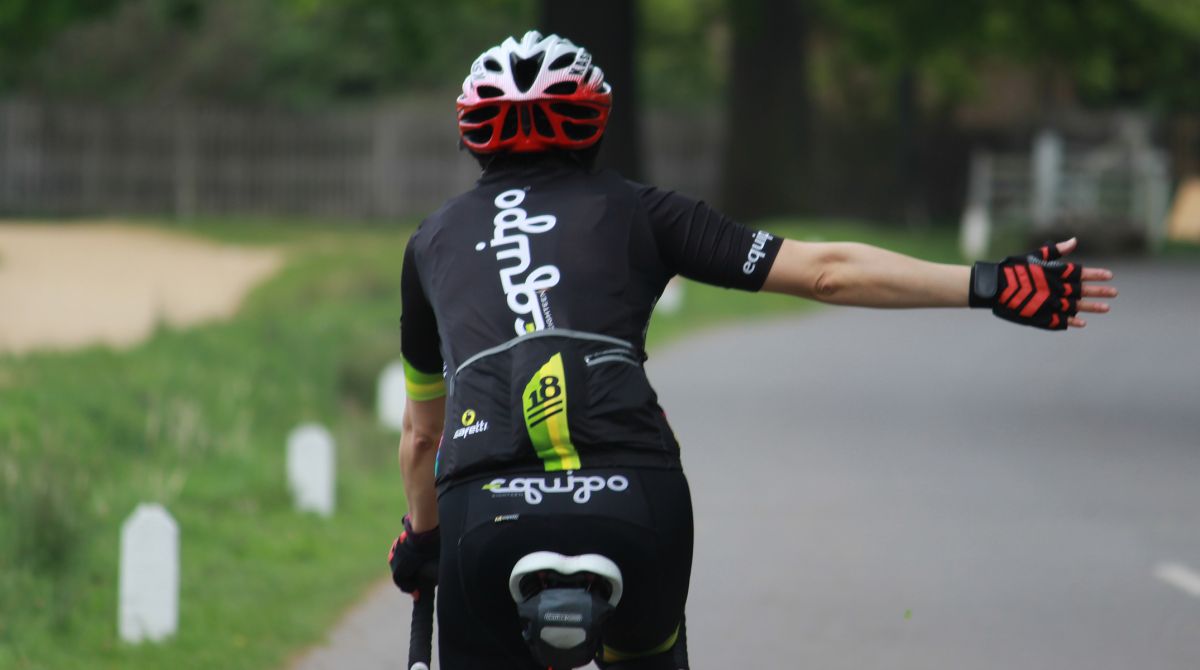 A group of third-year Kingston University business students has been named Company of the Year 2016 at the United Kingdom Young Enterprise Start-Up Awards and will now go on to represent the UK in July at the European final in Bucharest.

Team Staunchh saw off competition from almost 300 different teams representing universities and further education colleges across the countryto pick up the first prize, impressing the judges with their highly reflective gloves that help indicate to motorists which way a cyclist is going to turn.

This is the third year running that students from Kingston University have scooped the top prize at this event which celebrates the achievements of students who have taken part in the year-long business start-up programme run by the national Young Enterprise charity.

Young Enterprise director Roy Howard commended Team Staunchh – which also picked up the Best Presentation Award – for demonstrating outstanding excellence against all of the competition's criteria. "Their commitment and resourcefulness to the project was absolute which was evident by the way they applied the skills and knowledge they had acquired during the year," he said. "They clearly demonstrated that they will make exceptional representatives for Britain at the forthcoming European final." 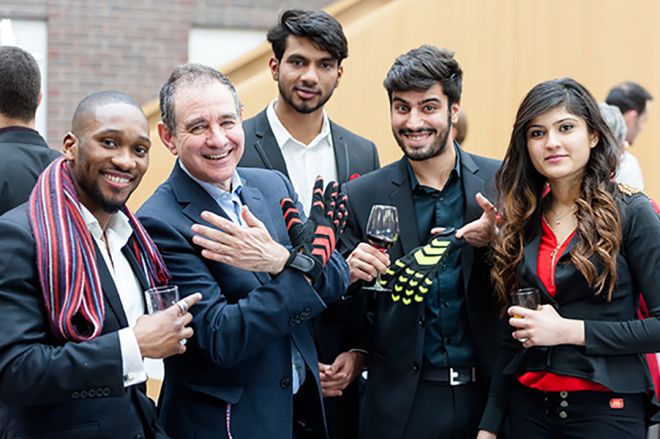 Kingston University's Vice-Chancellor Julius Weinberg tries out Team Staunchh's cycling glovesThe winning team is made up of final-year students David Boadu, Sana Khan, Adit Raja and Sanif Momin. Staunchh managing director David Boadu said it was satisfying to know that the team's commitment and preparation had paid off on the night. "It is absolutely fantastic to see how the group has grown in strength, skill and unity leading up to this competition," he added. "Winning has boosted our confidence – not only in ourselves but also in the product we are selling."

Martha Mador, head of Enterprise Education at Kingston University, said she was delighted that Kingston University students had once again beaten all of the other companies to take the top spot. "This is a strong team, driven to succeed and with a great product to promote," she added.

The team used their Bright Ideas prize money to refine the design of their gloves based on feedback received from local cycling groups and to create a website to enable them to sell directly to the public.

Another team from Kingston University picked up the prize for the Best Impact Report at the Young Enterprise Start-Up Awards. Postgraduate students Fernando Trueba and Luke Ducker presented their business Emperatigo, which produces the Man Apron – a light, non-woven fabric apron which captures beard trimmings. The competition is seen as a springboard for young business talent, with previous winners going on to secure investment on BBC TV programme Dragon's Den.

Staunchh marketing director Sanif Momin, who will graduate with a BSc(Hons) in Business Administration this summer, said that while pitching to the infamous ‘dragons' was something they might consider in the future, their current focus was on increasing sales. "We're in the process of designing new winter season clothing and also plan to expand our range to include helmets and jackets," he added.

The team is also being kept busy researching cycling markets across Europe in preparation for the European Start-up Finals which will take place from 6 to 8 July in Bucharest, Romania and will see them competing against 25 teams from 20 different countries. Previous Kingston University Young Enterprise UK Start-Up Final winners DEtour and Le Petit Sac both went on to represent Britain at the European finals, with DEtour winning the Best Team Award.

Young Enterprise forms part of Kingston University's enterprise programme which has just topped the table for graduate business start-ups – for the sixth time – according to the latest figures released by the Higher Education Statistics Agency.