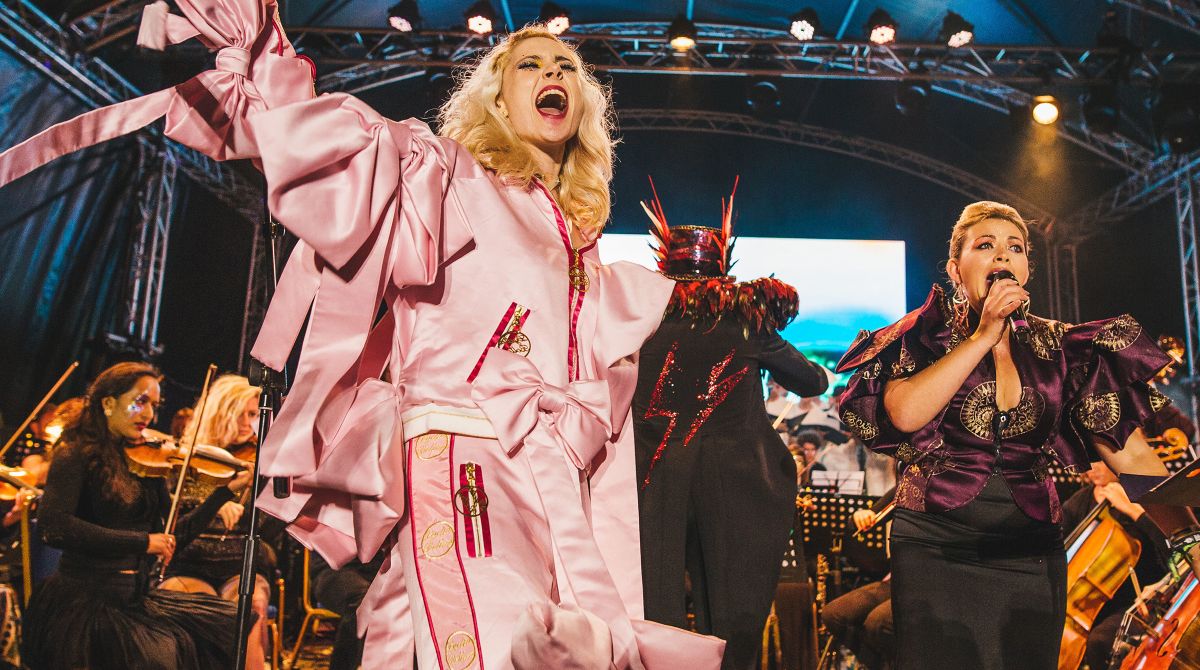 Singer-songwriter Kate Nash wowed fans at this year's Wilderness festival in a prom-inspired tracksuit created by a Kingston University fashion graduate. The award winning musician, who recently released her latest single Good Summer, took to the stage in designs by Lydia Bolton as she fronted a David Bowie tribute alongside Welsh singer Charlotte Church and the Wilderness Orchestra that brought the Oxfordshire festival to a close on Sunday 7 August.

Lydia's womenswear collection, which blurs the lines between sportswear and party dresses, was spotted by Kate Nash's stylist Rebekah Roy when Lydia unveiled it at this year's Graduate Fashion Week in East London.

The singer, who was named Best British Female Artist at the 2008 BRIT Awards following the success of her smash hit single Foundations, was so enamoured with the garments that she took to social media to share pictures of herself wearing another of the 22-year-old designer's outfits, adding: "Lydia Bolton, obsessed with your stuff... you are amazing!". 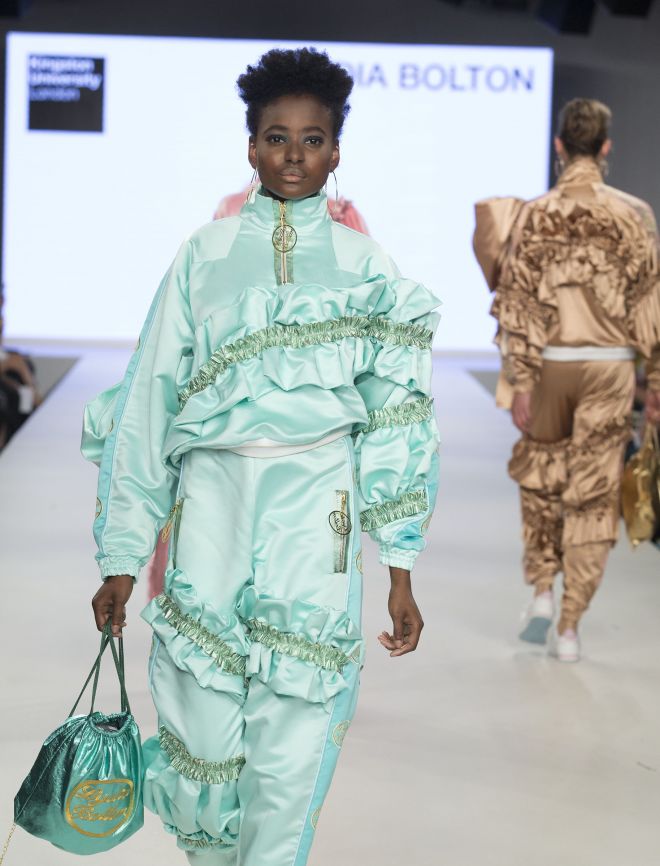 Another one of Lydia Bolton's designs on the catwalk during  Kingston University's show at Graduate Fashion Week.Seeing her designs being worn by the singer in front of thousands of people was an incredible experience, according to Lydia, from Cheltenham, who graduated from Kingston University this year. "It's really surreal - a group of us always used to sing Foundations when we were doing our art foundation at Kingston, so for her to now be wearing my work on stage is just a brilliant feeling," she said.

"Her stylist got in touch by email and I lent her a couple of my garments - one in pastel pink and the other in blue - for the festival. The next thing I saw was a video of her wearing the pink outfit while singing Bowie's hit The Man Who Sold The World, which was amazing."

Lydia's graduate collection, which celebrates the ultimate female tomboy, sees the humble tracksuit elevated to a glamorous statement piece, adorned with extravagant bows and frills. Based around the concept of a fictional character wearing her favourite tracksuit to the prom - and inspired by the iconic style of Missy Elliott - each garment also sports her eponymous logo and branding, referencing the designs of large sportswear companies such as Adidas and Umbro.

"I've always loved tracksuits and wanted to create high-fashion, over-the-top garments influenced by 1990s prom films, rap videos and street style," Lydia said. "Kate perfectly captured the feeling of what they are about when she wore them on stage. Showing my designs at Graduate Fashion Week was a fantastic experience and now that I've graduated I'm hoping to carry on my education in a design role within the industry."

Lecturer Todd Lynn said Lydia's designs had an individuality and personality that helped them stand out from the crowd. "Pop stars and celebrities are always looking for something new, exclusive and eye-catching that looks good both in print and on stage," he said. "That's why Lydia's garments have such an appeal - her work is true to her and authentic. It's a big confidence boost for her to have someone like Kate Nash wear her designs and a real endorsement of what she is all about."