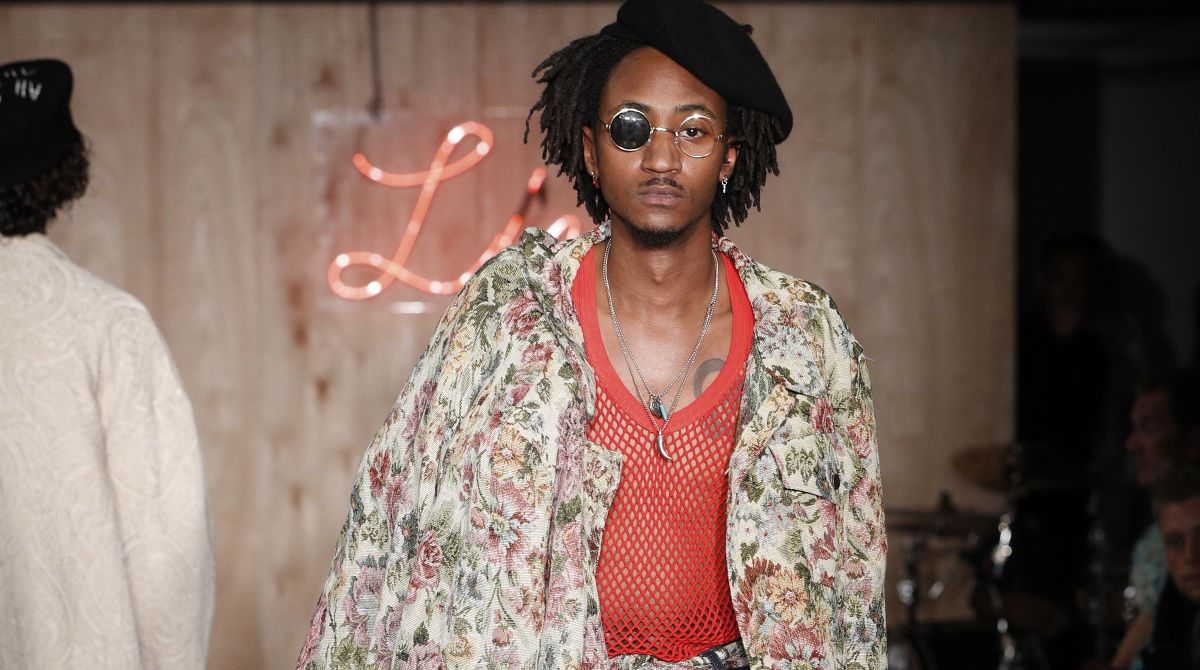 A painter turned fashion designer from Kingston University has woven the inspirational stories of Nobel Peace Prize winners from around the world into his latest catwalk collection.

Leyman Lahcine's striking garments – which feature knitted jumpers adorned with the faces of freedom fighters such as Pakistani education activist Malala Yousafzai and African-American civil rights leader Martin Luther King – impressed industry experts when they were unveiled at the University's MA Fashion Show at the Vinyl Factory in Soho.

The French-Algerian artist's latest collection is based around the concept of creating a subculture representing peace and truth. He combines the yellow, red and black knitted jumpers with jackets and trousers made from upholstery fabrics and a leather jacket inspired by New York biker gangs from the 1970s.

Reacting to media coverage and his own fears for freedom in the wake of the attacks in Paris last November, Leyman's collection features T-shirts and berets are embroidered with slogans such as Resist to Exist and There is No Quiet Protest. Each of his eight looks also includes a sewn string bag of flowers symbolising peace.

"The collection is a rebellion against the manipulation of the mainstream media, but with a message of peace," the 28 year old explained. "The characters on the jumpers are all people who have put their lives at risk for ideals such as social equality, education for women, and stopping war. 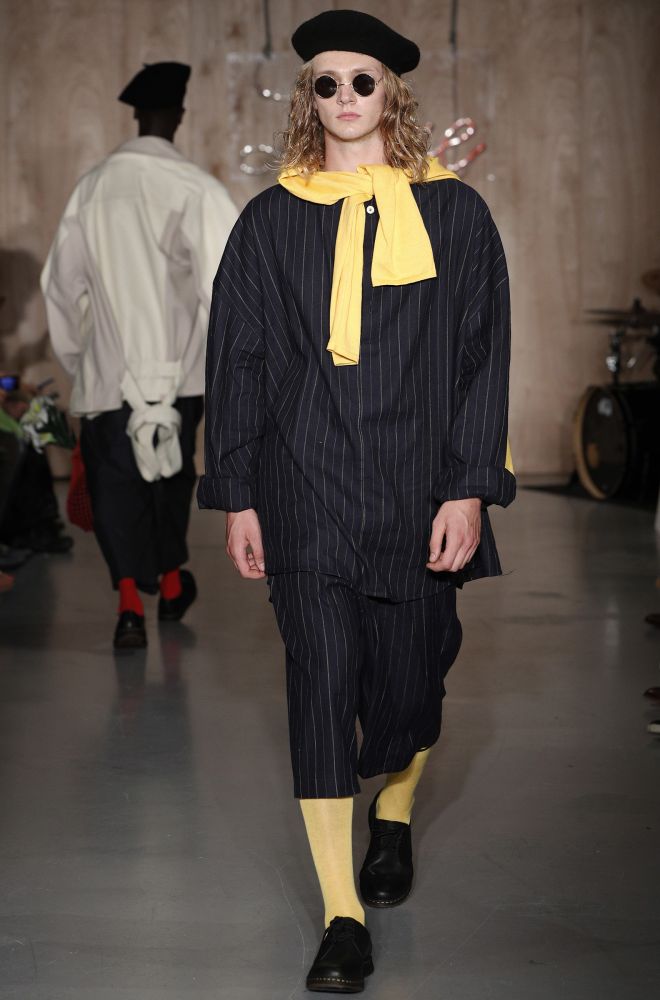 One of Leyman Lahcine's garments on the catwalk at the University's MA Fashion Show at the Vinyl Factory in Soho."The Malala jumper was my favourite, to be able to celebrate a woman like her and what she has achieved was fantastic."

Having developed a humorous, surreal style to his work during a five-year spell in New York after leaving France as a teenager, the Grenoble-born artist first made the transition from painting to fashion after setting up his own label in the United States.

But it wasn't until he met the love of his life – English singer songwriter and The Voice judge Paloma Faith – in downtown New York City restaurant Miss Lily's that he really began to develop his distinctive style.

"I'd always been more comfortable in my own head, observing my surroundings, observing people, and that influenced my painting," the designer said. "I set up my own fashion label and was making clothes, but it was for myself more than anything. I didn't really feel inspired in New York, I was in quite a shallow, superficial environment that didn't suit me. But meeting Paloma was a breakthrough.

"I found someone very similar to myself who became my inspiration and I soon found I couldn't live without her. I moved to London two years ago and now we are expecting our first child. She is such a wonderful woman, so supportive."

After deciding to pursue his talents as a designer, Leyman enrolled on Kingston University's MA Fashion course, and credits the postgraduate degree programme with giving him the tools to develop his creative identity. "The course was perfect for me, coming from a visual arts background," he said. "We were taught to observe the world, be attentive and react to it in our work and that's what I think I was missing.

"I was given a lot of room to be creative, to think outside the box, so long as I was thinking critically and pushing myself. The important thing for me is always to have a message in my work - without that it is meaningless." 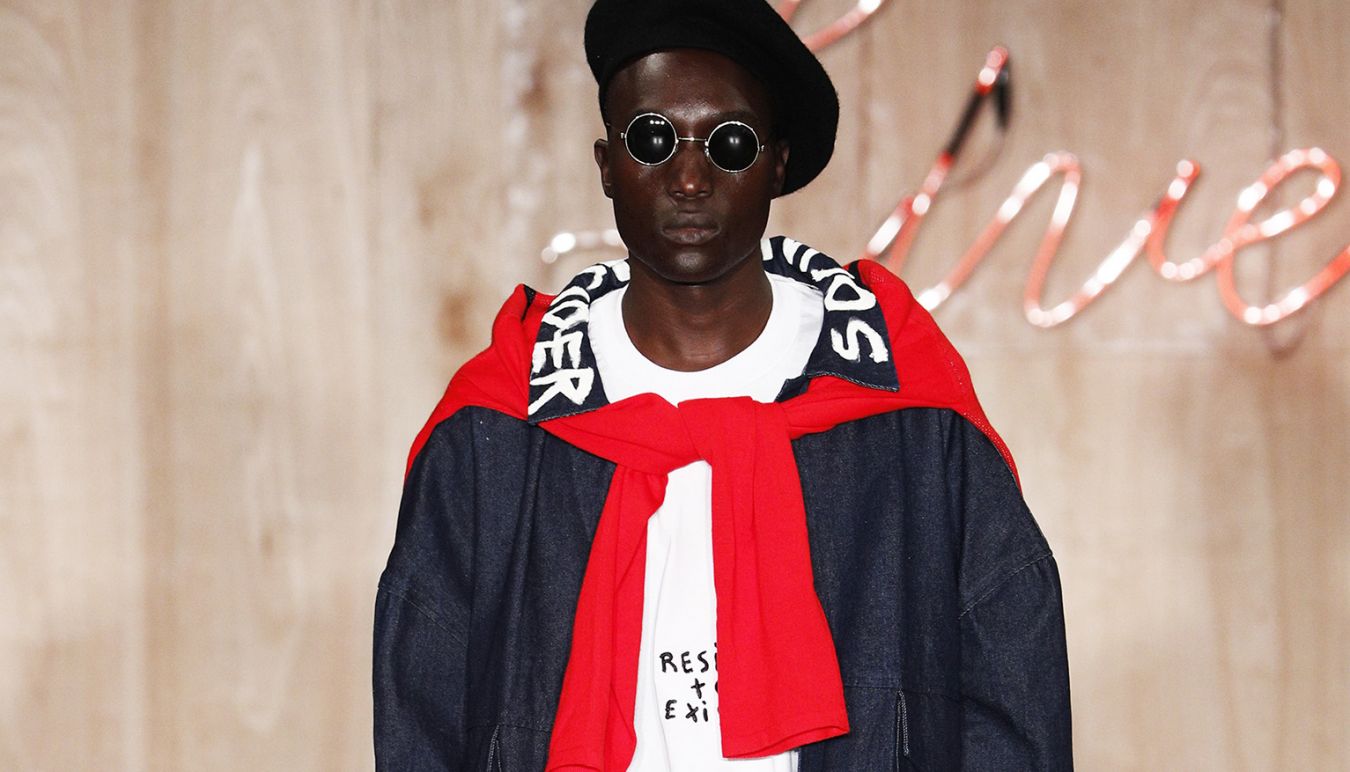