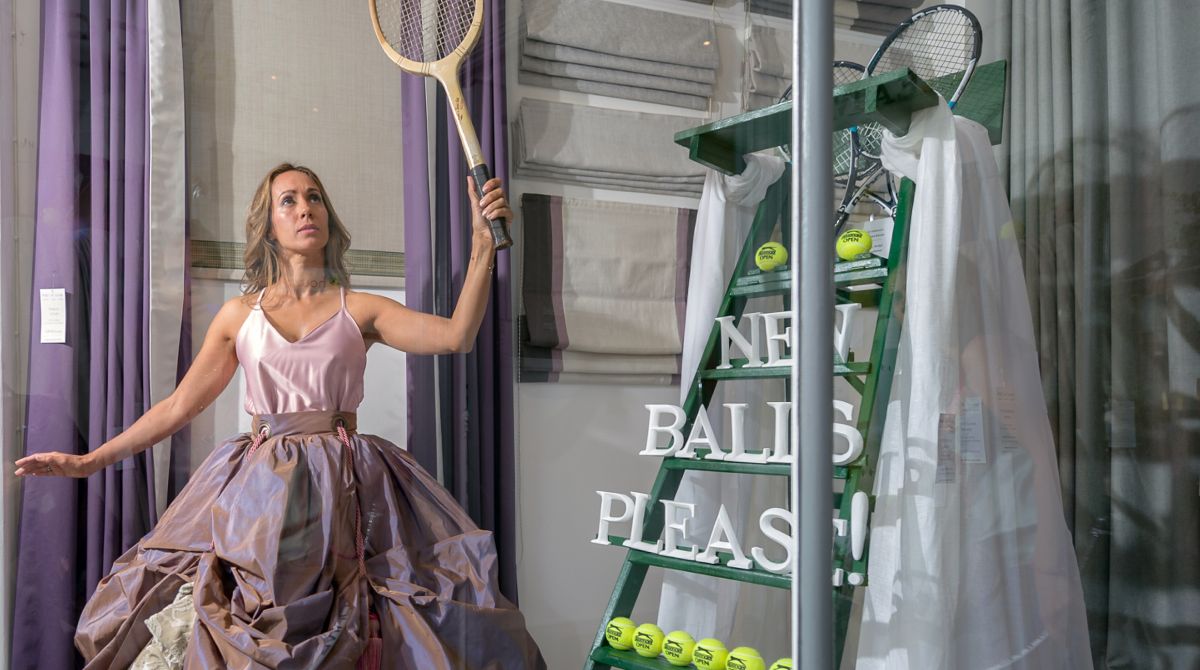 Fashion student Natasha Patient's garment was modelled in the windows of Wimbledon Village, ahead of the annual tennis tournament.

From a tennis-themed parade through the streets of Wimbledon Village to a catwalk show up and down the escalators of Kingston's Bentalls department store, the creations of Kingston University fashion students have been netting plaudits across south west London this month.

Garments by four final year designers were modelled in shop windows, a local pub and even on horseback as the village's High Street was turned purple and green to mark the first day of qualifying at the famous tournament.

The Wimbledon public weren't the only ones given the chance to see the BA(Hons) Fashion students' work up close however – as shoppers in Kingston were treated to a live catwalk show of 18 designers' looks through several floors of the town's Bentalls store.

The two fashion events proved a fitting showcase for the final year collections created by the University's talented young designers following their involvement in this year's Graduate Fashion Week, as Kingston University's Faculty of Art, Design and Architecture prepares to return to its original name of Kingston School of Art. 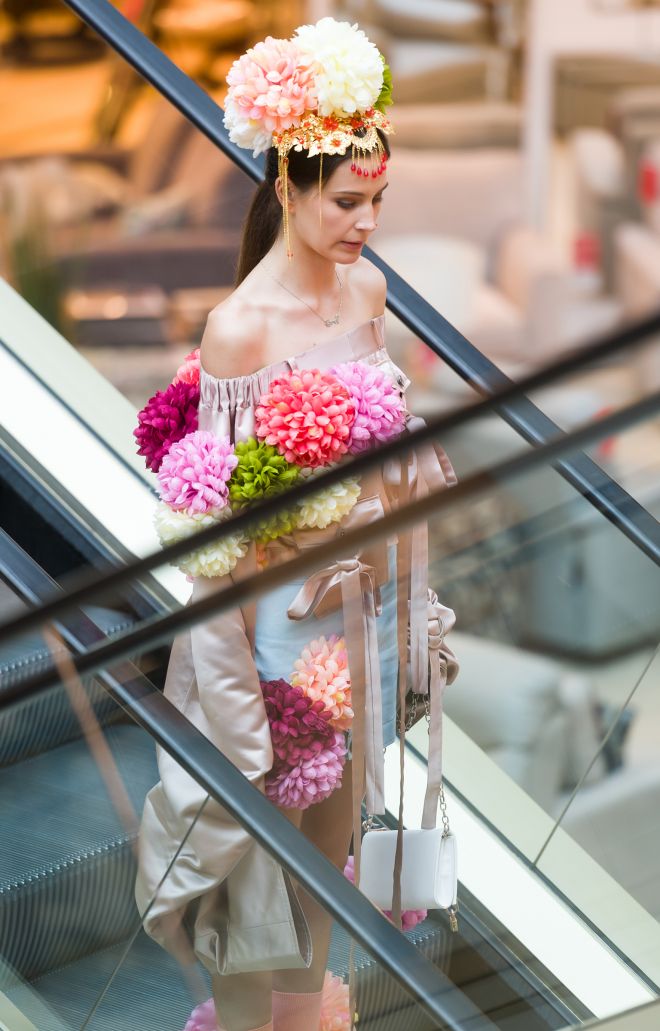 Garments by Ningyao Zhang being modelled on the escalators through Bentalls department store.In Wimbledon Village, Shannon Brown's collection of corsets and skirts in tones of grey and accents of lime  – in patterns reminiscent of peeling wallpaper – brought a decadent twist to the humble tennis ball as part of the annual Wimbledon Village Windows competition. Natasha Patient's curtain-inspired opulent, oversized lilac skirts and tassels were also modelled on horseback outside Wimbledon Village Stables as part of the event, officially supported by tournament hosts the All England Lawn Tennis Club.

The Championships hold special significance for Natasha's family, so it was a particular thrill for her work to be involved in the build-up, the young designer explained. "My father Steve played in the veterans' championships a few years ago when he was with the Devon County Club and I play doubles myself," she said. "It really has been amazing to be part of this event – to see models wearing my garments on horseback and posing with racquets in the village's shop windows."

In further homage to tournament traditions, Leanne Lu and Kezia Byass styled their contemporary red dresses and corsets in the windows of König Kitchens against a white backdrop complete with cascading strawberries – celebrating the custom that sees some 23 tonnes of the summer fruit and 7,000 litres of cream consumed at Wimbledon every year.

Showcasing some of the students' designs during one of the capital's summer highlights was a great way to get the annual window competition underway, according to WV Events organiser Kimberley Salmassian.

"The Championships inspire such a sense of community spirit and it's been brilliant to involve some of the incredible dresses created by the University's designers in our celebrations ahead of this year's tournament," she said.

Over at Bentalls in Kingston, models travelled up and down the escalators and wowed shoppers as they paraded around several floors in two catwalk shows that showed off the work of the Kingston University final year BA(Hons) Fashion students. Other garments were also displayed on mannequins in both the menswear and womenswear departments.

Rebecca Holmes, who has just won the Pitti Filati international award in Florence, showcased her knitwear collection in the designer section of the store, having been employed by Bentalls during her course.

The exhibition and catwalk event was the culmination of Bentalls' sponsorship of the University's involvement in this year's Graduate Fashion Week, as the store celebrates its 150th anniversary this summer.

Customers were also given the opportunity to meet the designers and ask them about their work in an in-store question and answer session focusing on the diversity and relevance of fashion today, hosted by industry commentator and Kingston alumna Caryn Franklin.

BA(Hons) Fashion student Charlie Bond was on the panel interviewed by the fashion icon, and spoke about the importance of bringing together young designers at the cutting edge of the industry with the local community.

"Ethical training is so important to the industry going forward, and that comes down to sourcing materials locally and engaging with the resources on our doorstep," she explained. "That's why this link-up has been so special – it's building those relationships and sharing our ideas for the future of fashion."

Matt Geal, store director of Bentalls Kingston, said the partnership had been a terrific experience for both the store and its customers.  "It has been a real privilege for us to support such an iconic part of Kingston's heritage and celebrate the University's upcoming fashion talent," he said. "It was a pleasure to see how our customers responded to the collections and to give them the chance to speak with these talented young designers as they prepare for their future in the industry."

Kingston University's Head of Fashion Elinor Renfrew said the events in Wimbledon and Bentalls had been the perfect way to showcase work by some of the globe's top young designers.

"Fashion plays a huge part in Wimbledon fortnight and is an integral part of everything Bentalls does," she said. "Providing our students with the opportunity to share their work with the public in the heart of Kingston and to help celebrate the start of this year's Wimbledon Championships seemed a fitting way to mark the culmination of their studies." 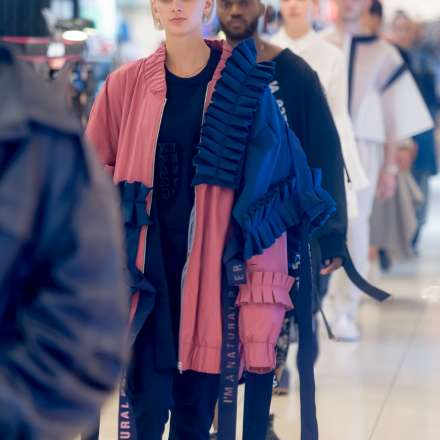 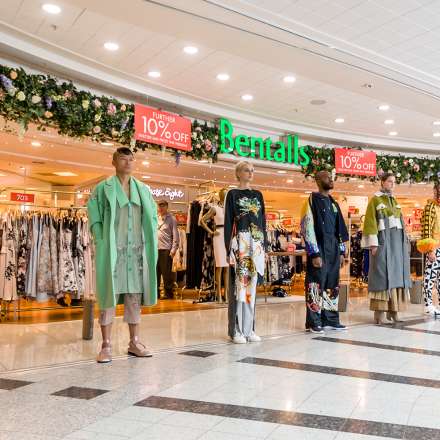 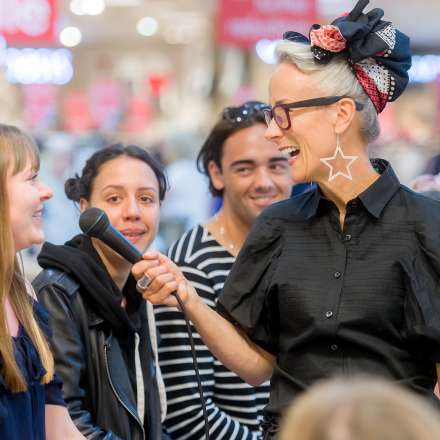 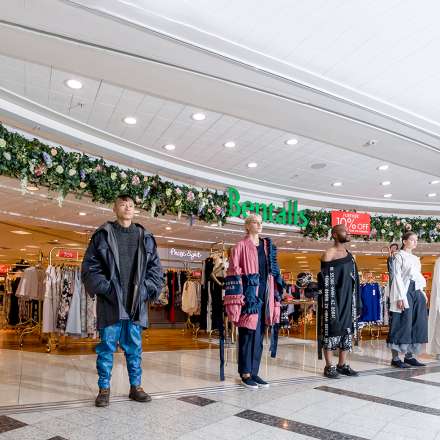 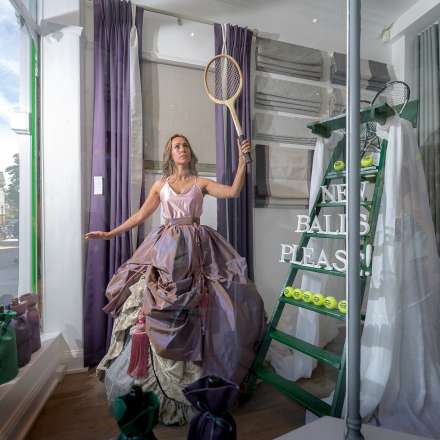 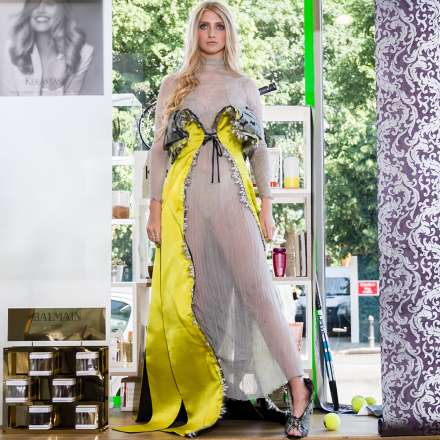 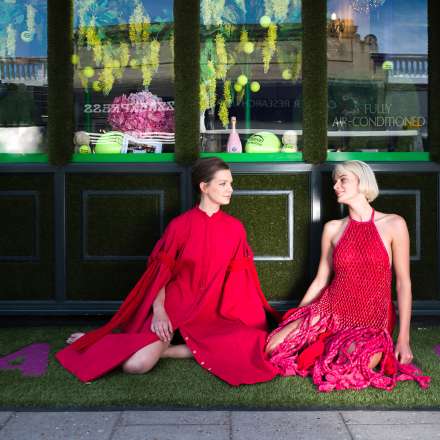 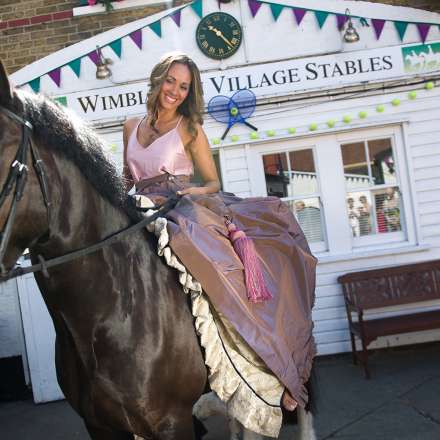