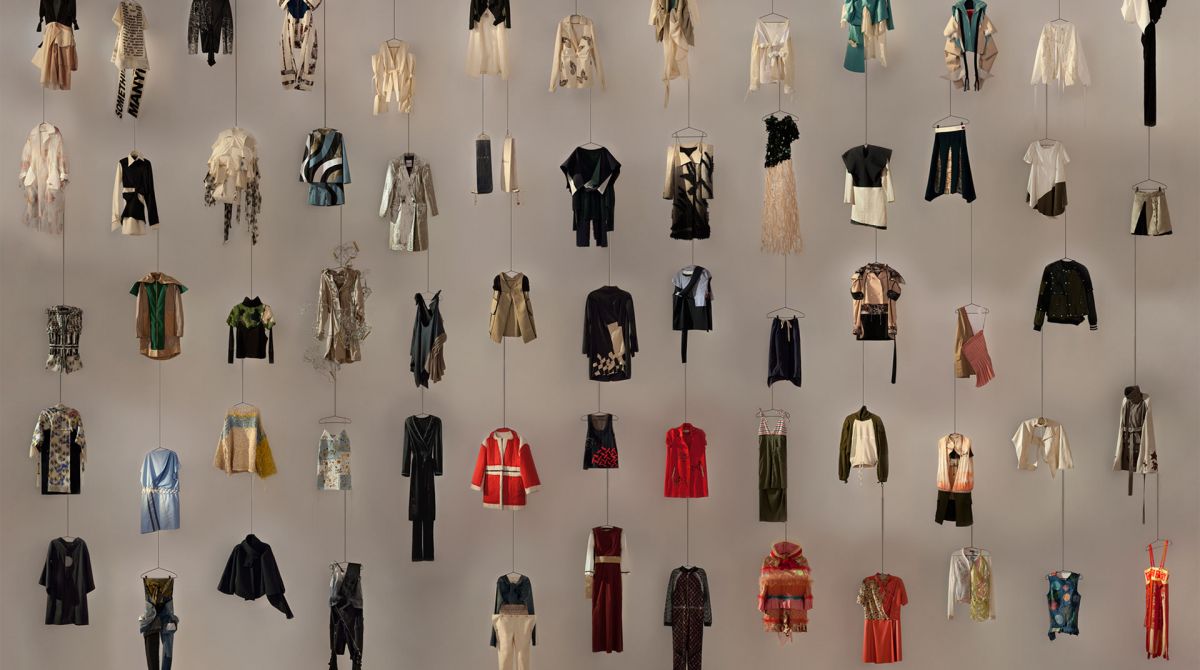 In a feat that took Dardana three months to complete alongside her studies, she brought her creation to life by recycling previous seasons' garments from retail giant Zara, for their new Shaping the Invisible campaign.

The company collaborated with design schools The Royal Academy of Antwerp, Parsons School in New York, EnsAD in Paris and Kingston University, giving 60 students two or three items of clothing and challenging them to breathe new life into the garments.

Dardana's vision of a contemporary and futuristic take on the traditional trench coat caught the attention of the jury, which awarded her the top prize in the competition, ahead of Kingston University's MA Fashion degree show, to be held at the Design Museum in October. The range of clothing Dardana designed as part of her course work has been selected as one of 10 collections that will feature on the catwalk at the show. 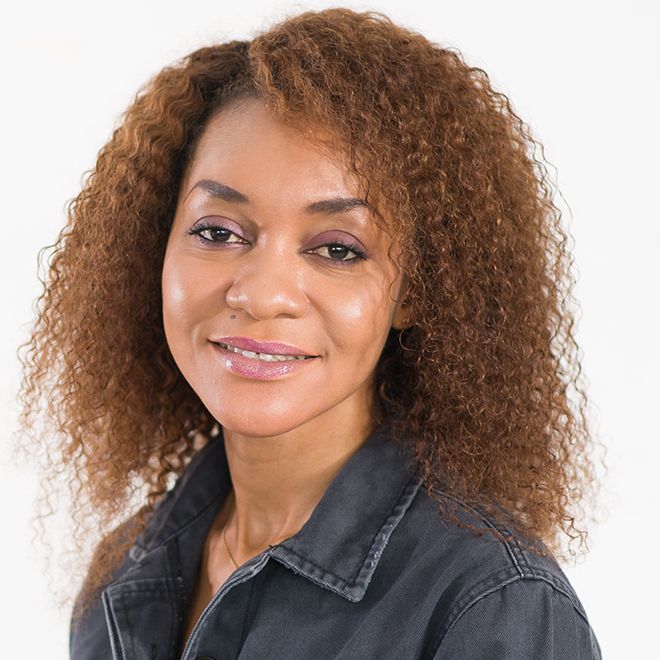 MA Fashion student Dardana Djantio-Etchiko's designs impressed the judges at Zara, and her coursework designs will feature in Kingston University's MA Fashion Show, held in October.MA Fashion student Dardana Djantio-Etchiko's design impressed the judges at Zara, who awarded her the top prize in the international competition.Originally from Cameroon, the fashion student was inspired by Victorian-era fashion trends and revived them for the competition. "I love the look of a traditional Victorian woman's silhouette, with a bonnet and extravagant frilled or ruffled ‘jabot' sleeves," she said. "I wanted to combine that aristocratic, chic style with a modern, hip-hop street character to produce the look of an arrogant, confident and free woman."

Dardana said working with existing garments gave the challenging project another dimension. "It's certainly a way to fight waste and overproduction, but it also pushes the boundaries of design because you're evolving your own style by working with someone else's seams and stitches," she explained.

Working alongside fellow MA Fashion students Anna Jannicke and Jeonghyeon Hahn, the students' finished products were displayed at Zara's headquarters in La Coruña in Spain and have since featured on the retail giant's website. "It was a really enjoyable process for all of us because it allowed us to expand our creative limits and to help push fashion into the future," Dardana said.

The Shaping the Invisible campaign is part of the fashion brand's ongoing efforts to become increasingly more sustainable - and their efforts have not gone unnoticed, with iconic fashion magazine Vogue's Spanish website praising the relationship between the company and new, talented designers preparing to enter the industry.

Kingston University's MA Fashion course leader Richard Sorger said the campaign pushed the students to consider the ethical side of their craft. "The Shape the Invisible project allowed three of our students to play a significant role in improving sustainability in fashion with a global brand," he said. "They worked well with the brief and Dardana's ideas were cutting edge - she has developed her style as a designer throughout her degree and we're looking forward to her work featuring in the MA Fashion show in October."

The show comes at an exciting time for the University's Faculty of Art, Design and Architecture. In a return to its origins, the Faculty will be known as Kingston School of Art from September 2017. The new name reflects the faculty's legacy in an era when original thinkers are highly valued in the rapidly growing creative and cultural industries. 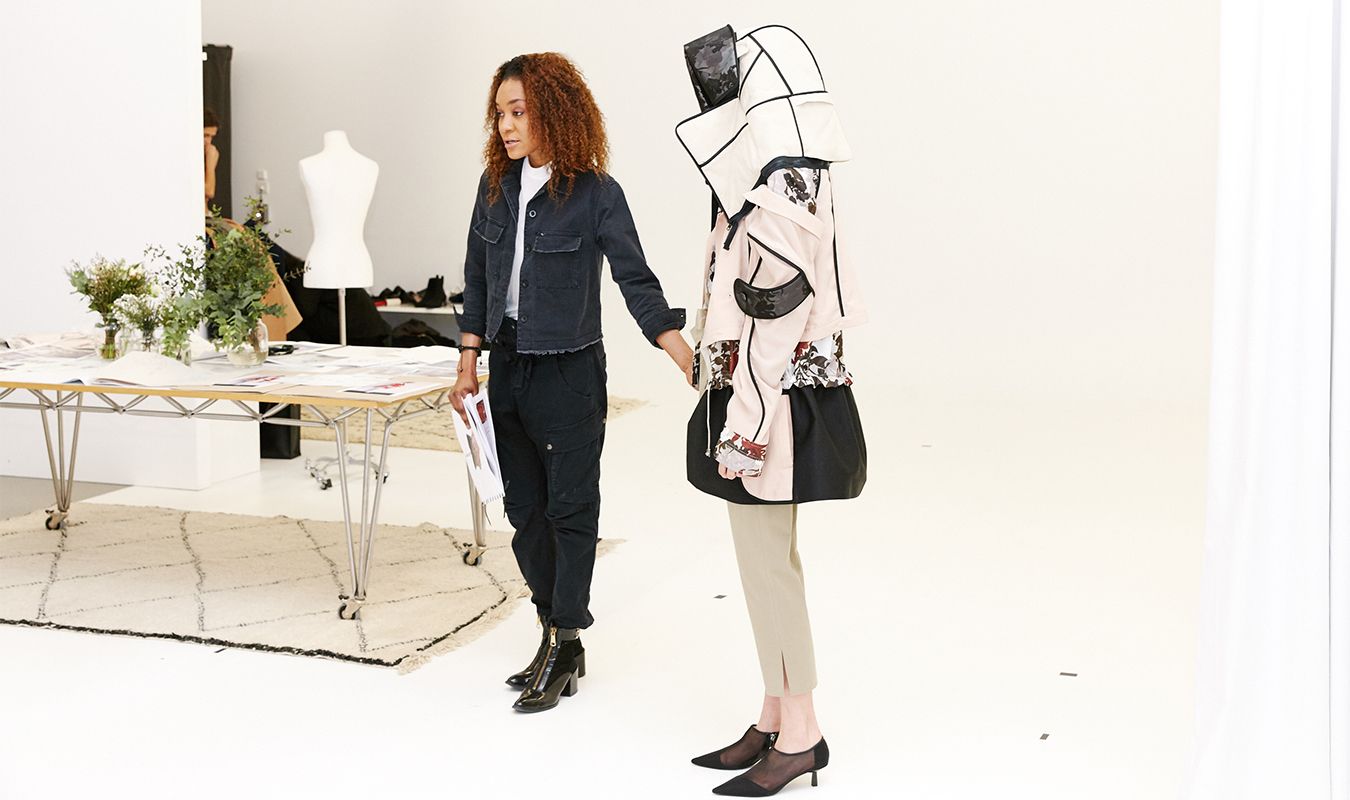