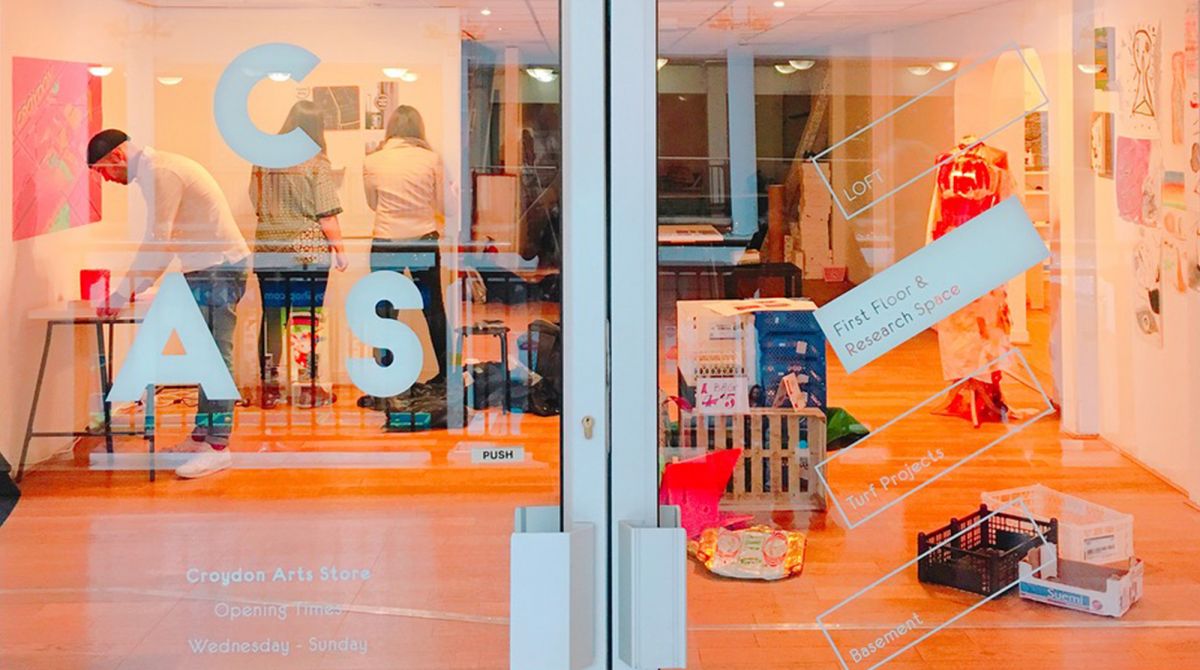 Kingston University has joined forces with Croydon Council and local visual arts organisation TURF and RISE Gallery to form Croydon Art Store, a pop-up base for art and culture within the London borough. Consisting of a gallery, studios for local artists and space for research and outreach projects, the store is based in the iconic Whitgift shopping Centre, a Croydon landmark since its opening in 1968.

Professor Louis Nixon, Associate Dean Research and Enterprise at the University's Kingston School of Art, approached Croydon Council with the idea for the borough to host a biennale - a large scale international contemporary art exhibition held every two years. "The council is very keen that art and culture are part of the ongoing regeneration," Professor Nixon explained. "This resonates with Kingston School of Art's focus on bringing art and design into people's everyday lives. As a University we also want to demonstrate the impact of our research and for it to have a positive effect on society."

Professor Nixon put together a team from Kingston School of Art's Contemporary Art Research Centre, including Turner Prize winning artist Elizabeth Price and Mike Nelson who represented Britain at the Venice Biennale in 2011, setting up base at the Whitgift Centre. "We established a three-pronged network incorporating the local authority, University researchers and local arts organisations. These three groups working together in partnership is a dynamic model that gives a fresh approach to developing a biennale," Professor Nixon explained.

The four-storey space is shared by Kingston School of Art, Croydon Council, Croydon-based gallery TURF and Art Halo, the outreach arm of RISE Gallery - a commercial gallery known for its programme of commissioned street art. World-famous artists will visit the space to speak about art beyond the gallery, different strategies for artists and to showcase the latest in contemporary art for the Croydon audience. 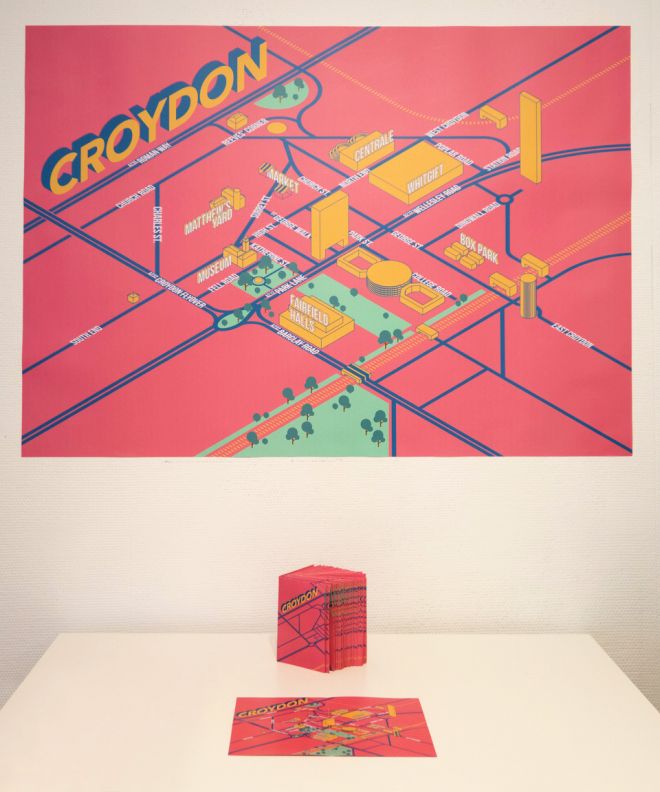 Kingston University graphic design students James Gowdy and Anne Danao produced maps of Croydon to help visitors orientate themselves more easily.Students from Kingston School of Art will have the opportunity to use the space, enabling them to exhibit work to the public and learn about a range of arts approaches. "Not all of our students become famous artists - they work in a lot of different contexts. The Croydon Art Store provides a really valuable insight into different career paths," Professor Nixon said.

Graphic design students James Gowdy and Anne Danao have already exhibited their work on a project linked to the Croydon biennale at the store. They produced maps designed to show the diversity of Croydon's art, shopping, food and nightlife to help new visitors navigate the borough. "When we first visited Croydon we didn't really know where to go," explained 31-year-old James from Ealing. "As an outsider it can be disorientating and confusing, we wanted to address that problem and allow people to make the most of their visit - especially during the biennale," he said.

Croydon is bidding to be the first London Borough of Culture in a competition run by the Mayor of London's office. The biennale is proposed to launch in 2019 as part of the events programme

Having seen the effects of East London's regeneration and the subsequent pricing out of local artists first hand while part of the Shoreditch and Hackney art scene in in the early 1990s Professor Nixon is keen to use his experience. "We are trying to look at opportunities to make sure that culture, particularly the visual arts is embedded in the future of Croydon and not just manipulated and used as a mechanism for gentrification," he said. "A key objective of what we are trying to achieve, especially with the biennale, is to create a sustainable future in Croydon for art and culture," he said.

Professor Nixon has identified a shift to the south following the gentrification of East London as artists search for more affordable studio spaces within reach of the city centre. "Central London has become harder and harder for young creatives to get a foothold in because of the cost of studios and space," he explained. In addition Professor Nixon's research has indicated a surge of interest in contemporary art from residents of greater London. "As art and culture has been centralised, the audience has increasingly moved out to the edges of the city. We want, as creative people, something on our doorsteps. I don't want to have to travel for an hour on the train to a central London gallery - I want to see the latest contemporary practice on my doorstep," he said.

"Croydon has an edgy city feel about it, it's dynamic, exciting and doesn't feel suburban," Professor Nixon said. "The Art Store and the proposed biennale are an opportunity to nurture new talent and the next generation of artists." 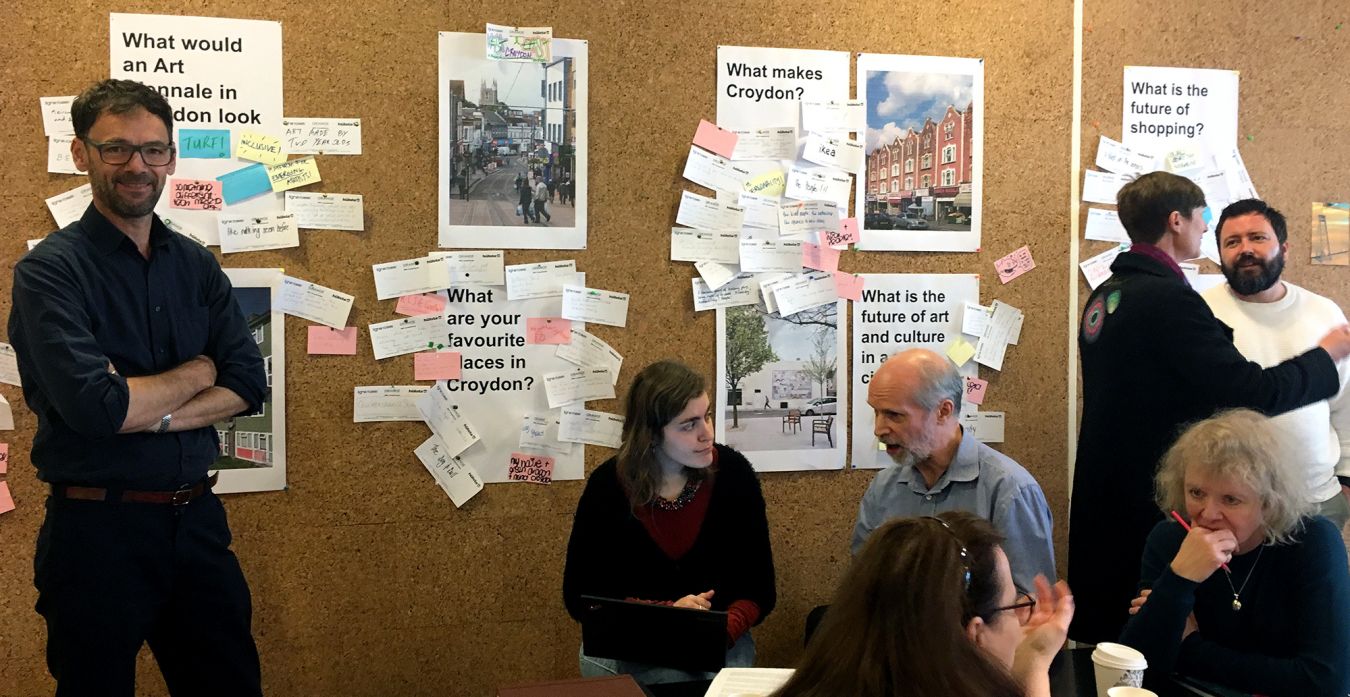