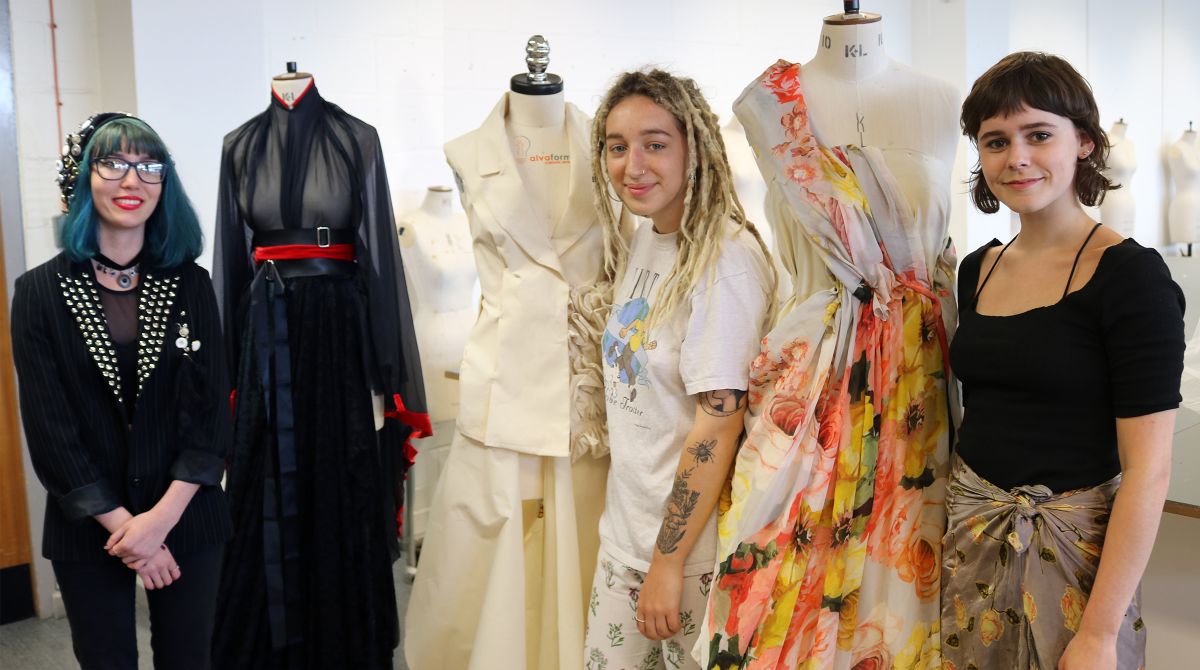 With speculation mounting as to what Meghan Markle will wear when she walks down the aisle to wed Prince Harry this weekend, Kingston University fashion students have been letting their imaginations run wild to create their own perfect dress for the royal bride. Drawing on themes ranging from the American television star's work on gender equality to the floral patterns worn by the Queen during visits abroad, the young designers have each come up with their own unique, alternative take on a traditional royal wedding dress.

Emily Radforth, a first year student on the BA(Hons) Fashion course at the University's Kingston School of Art, decided to eschew the usual white to go with a floaty, black design inspired by old Hollywood films, accented with flashes of red as a nod to the iconic outfits worn by the Queen's guards and royal princes. "I wanted to weave in the tailoring, decoration and embellishment of the guard jackets at Buckingham Palace," the 20 year old, from Liverpool, said.

"With the fabrics, the mesh and lace were inspired by black and white Hollywood films and the leather, satin and buckles are more traditionally male materials. I thought using both would modernise the garment and create a unique piece."

Sydney Cassidy, 20, from Bromley, took the blurring of gender roles a step further, blending styles to create a modern interpretation of what it meant to be a royal bride. "I wanted to reflect that times are changing – and do something that wasn't conventional or traditional," the first year student said. "I ended up with a menswear lapel, layering that and then doing something quite flowy so there was a contrast with really soft textures against a male-structured bodice."

Meghan's mixed-race heritage formed the initial inspiration behind second year fashion student Hannah Creak's garment, which features a veil and beading representing the jewels in the Queen's crown. "The fact Meghan's mother is African-American led me to look at the Queen's visits to countries around the world," the 19 year old, from Nottingham, said. "I ended up using references from a trip to Nigeria and the floral prints in the Queen's dresses reminded me of curtains, which I've used as the fabric. I feel this wedding is modern – it symbolises change and I wanted to create a dress that reflected the merging of cultures."

The project was supervised by senior fashion lecturer and bridalwear designer Paul Simonson, who has also created his own take on a dress for Meghan, featuring hand-dyed flower motifs in flesh tones over ivory cotton lace. Exploring the themes of colour, roots and ancestry, the motifs on his garment were inspired by the way trees grow through the ancient Angkor Wat temple complex in Cambodia.

"The students have each created something very unique, imposing their own aesthetic on to the design process," he said. "To take a royal wedding as their first foray into the bridal design world has been really interesting for them – it's all about spectacle, expectations and protocol.

"They've all taken a completely different viewpoint of what Meghan represents to them and pushed the boundaries of normal bridalwear, but that's why we wanted them to do it – the creativity they explore and demonstrate in their work is why they are here at Kingston School of Art." 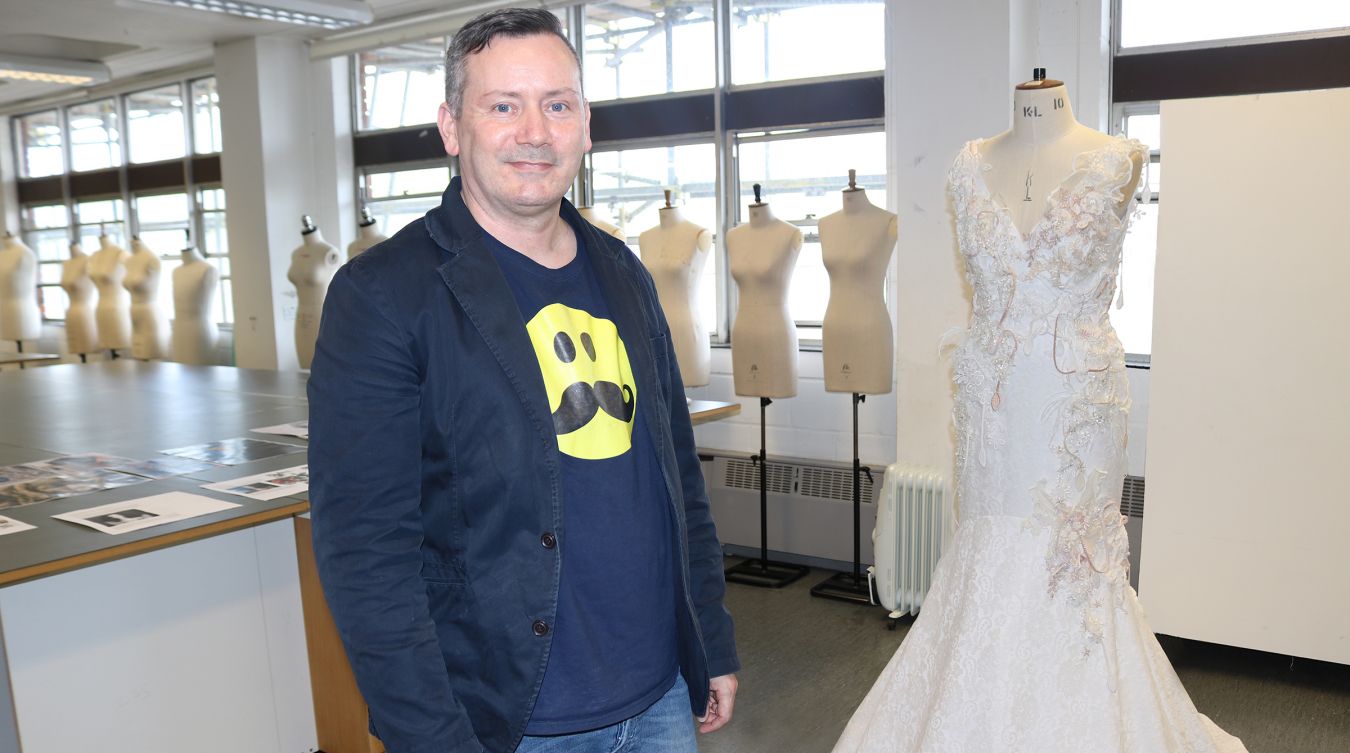 Fashion lecturer Paul Simonson with his design for an alternative wedding dress for Meghan Markle, inspired by the Cambodian temples of Angkor Wat. 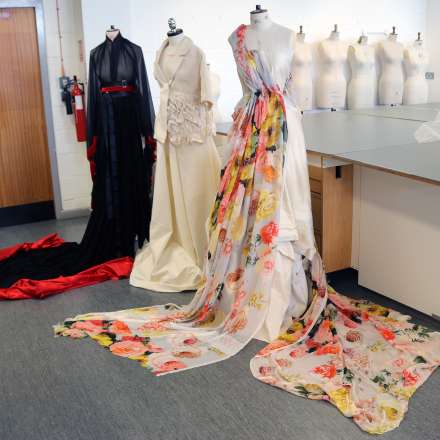 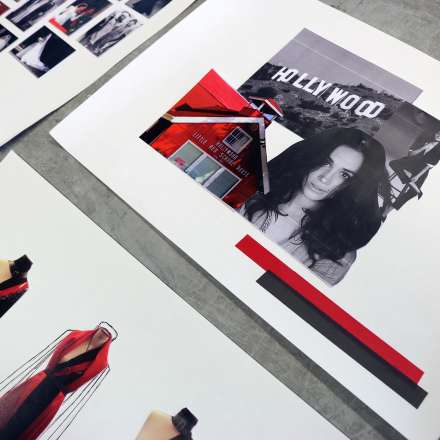 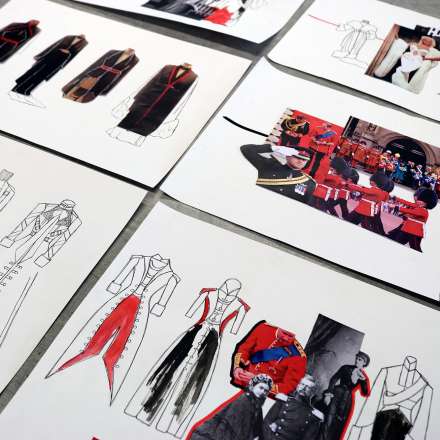 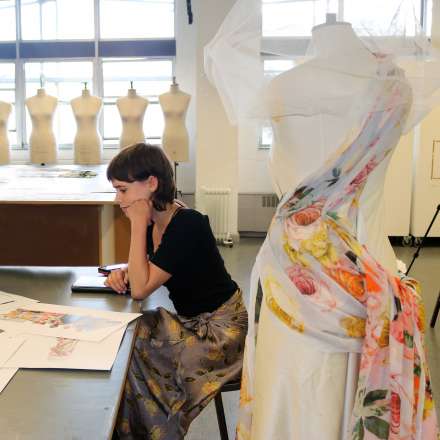 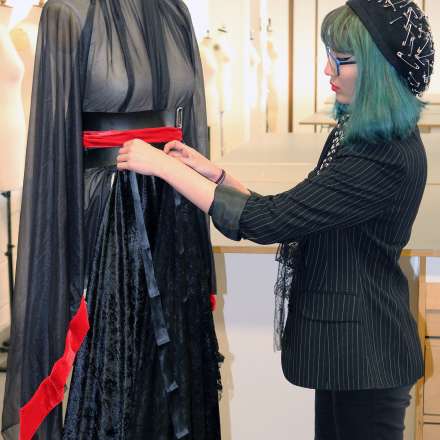 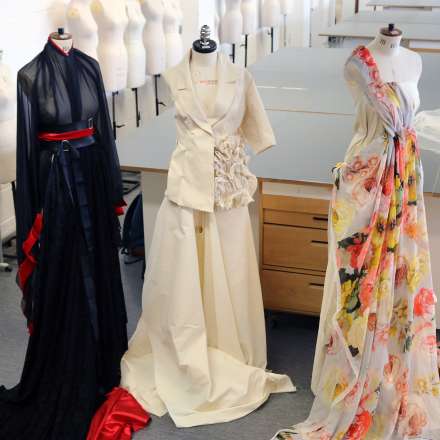 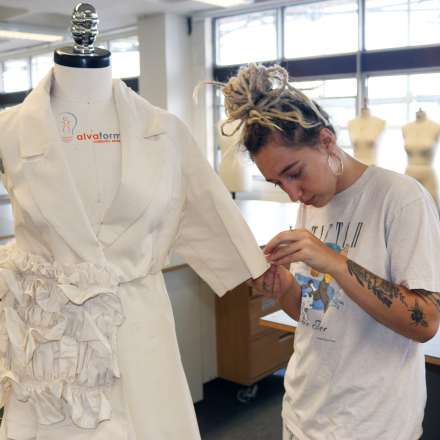 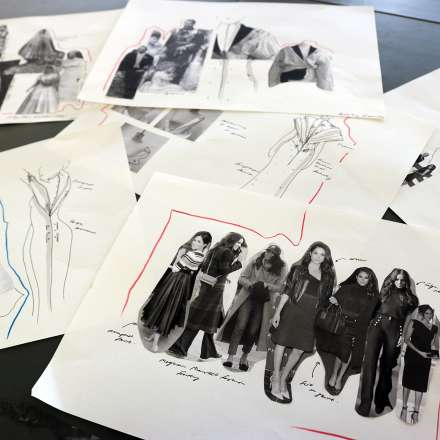 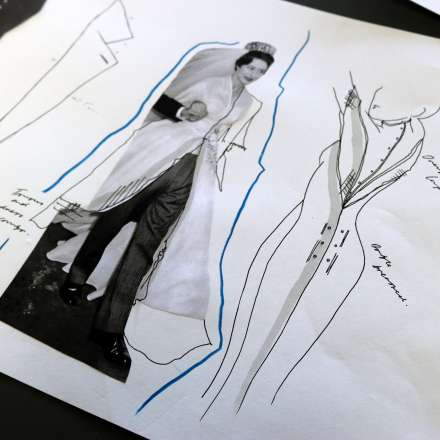 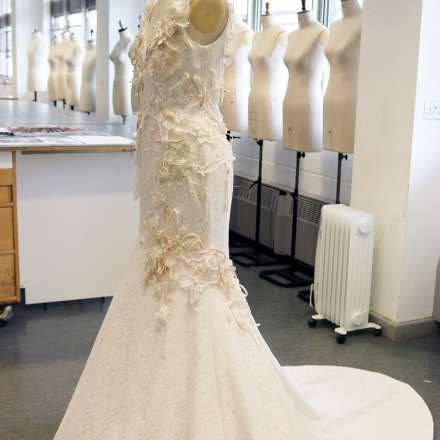 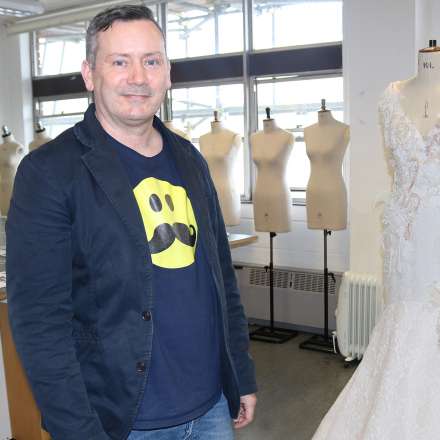