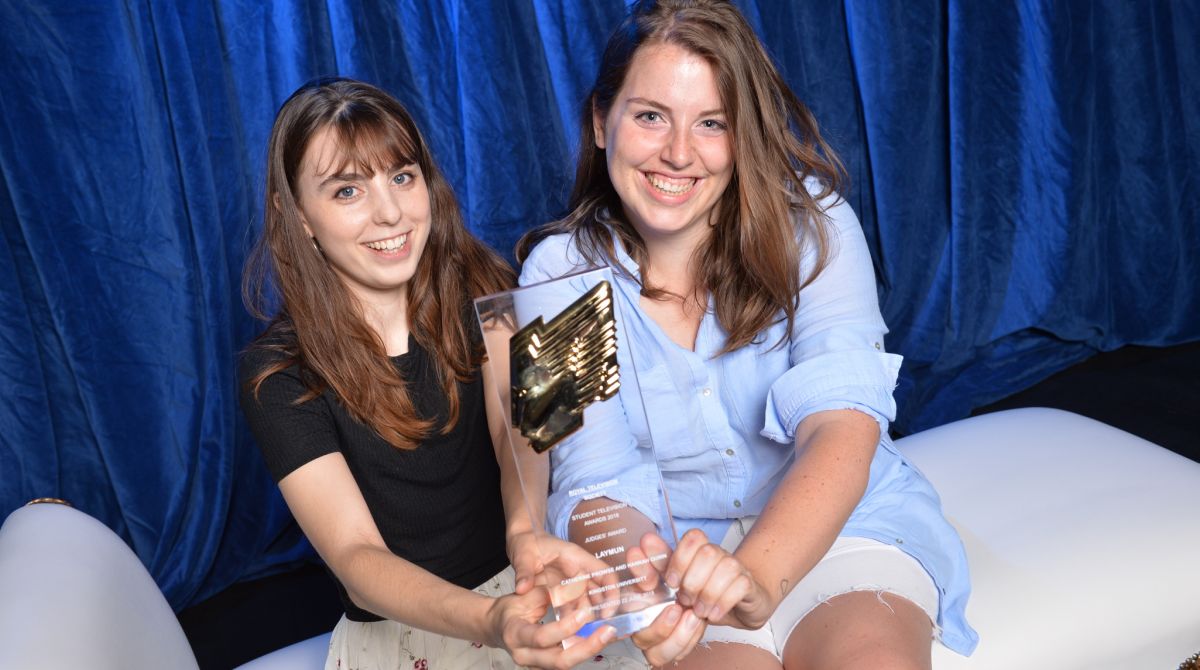 Two pairs of graduates from Kingston School of Art have won multiple awards at the annual Royal Television Society (RTS) Student Television Awards for films examining how the Syrian refugee crisis has affected communities and the lives of family members looking after relatives on the autistic spectrum.

Chaired by Sky Arts Director Philip Edgar-Jones, the awards recognise the best audio-visual work from students across the UK and Republic of Ireland at undergraduate and postgraduate level. They highlight work with outstanding visual and aural creativity, mastery of craft skills, innovation, initiative and story-telling. Judges look in particular for freshness, originality and audience appeal.

Catherine and Hannah's film Laymun examines the Syrian refugee crisis, drawing inspiration from one of the final garden centres left open in the West Asian country. The animation aimed to portray the vulnerability of the crisis while remaining faithful to the storytelling and avoiding the temptation to romantiscise. 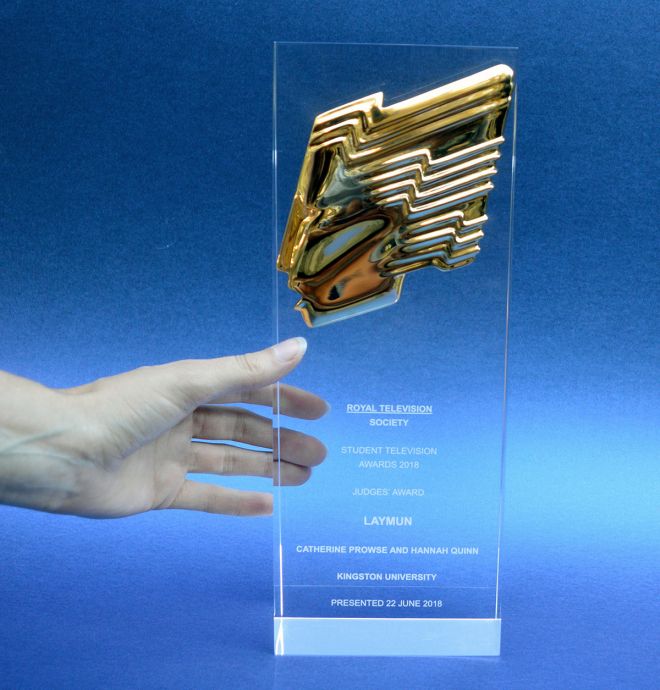 The RTS Student Television Awards recognise the best audiovisual work created by students at undergraduate and postgraduate level.The judging panel praised Catherine and Hannah's painstaking creation which involved distressing each illustration frame by frame, crumpling the paper to indicate the fragility of the subject matter. A spokesperson for the jury said the result was beautifully executed and showed great use of animation. "This is almost the perfect short film. Visually and narratively accomplished, Laymun deals with a complex concept on a human level."

Speaking about winning both the Judges Award and the Undergraduate Animation Award Hannah Quinn said they were delighted to be recognised with such a prestigious award. "It helps make up for the all-night drawing sessions and incredibly intense work that went in to the animation," she said. "Catherine and I spoke about the benefits of working as a team. In our experience being able to bounce ideas off each other and share a workload allows you to achieve more than you can alone," she said.

Having already picked up the esteemed D&AD Black Pencil, Creative Conscience award and been screened at festivals around the world – the RTS award topped off a spectacular year for Martha Halliday and Hannah McNally and their film Mm-Hmm. The evocative piece, which claimed the Undergraduate Short feature Award, illustrates the imagination of a son on the autistic spectrum while his mother talks about her role in his life and how things may change as he, and she, get older.

The judging panel said Mm-Hmm was well styled and natural featuring great animation. "This film was incredibly moving and emotive, a powerful piece of work," a spokesperson said. Picking up the award on the night Hannah said the course at Kingston School of Art had encouraged them to tell their own stories . "We made the film mainly for us, we had something to say and we didn't know if anyone else would like it. We're very grateful that people connect to it and love it," she said. 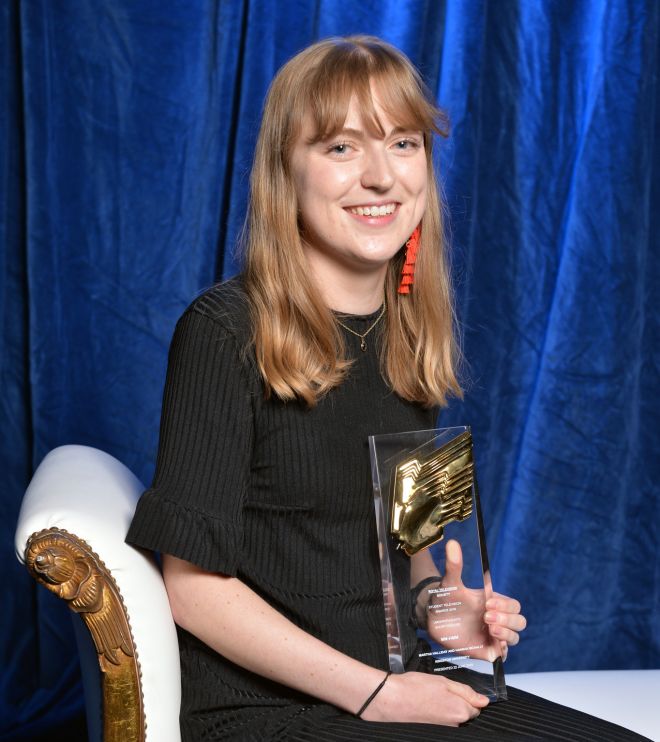 Martha Halliday and Hannah McNally (pictured) won the Undergraduate Short feature Award.The film was edited down to two minutes from almost an hour and a half of captured audio. "Joel is my brother and the other voice is Mary, my mum," Martha explained. "We wanted to pick powerful moments to tell a story about how autism affects not just the person, but the lives of those around them - their careers and families," she said. "We know from first-hand experience there are many joys and sorrows to autism, much like the ups and downs of life," the 22 year old from York said.

Head of the Illustration Animation department Geoff Grandfield said the RTS awards are a wonderful springboard for the graduates, noted for spotting talent at an early stage by people across the industry. "Both films are outward facing, looking to engage with contemporary issues - which is something we definitely look to encourage within the BA course," he said.

Mr Grandfield highlighted the collaborative nature of the films, especially impressive since both teams only started working together in the second year of the course at Kingston School of Art. "Creativity is so often understood to be the individual genius, one person's vision. Here we have two examples of creative generosity, their work is very much a dialogue rather than a monologue," he concluded.