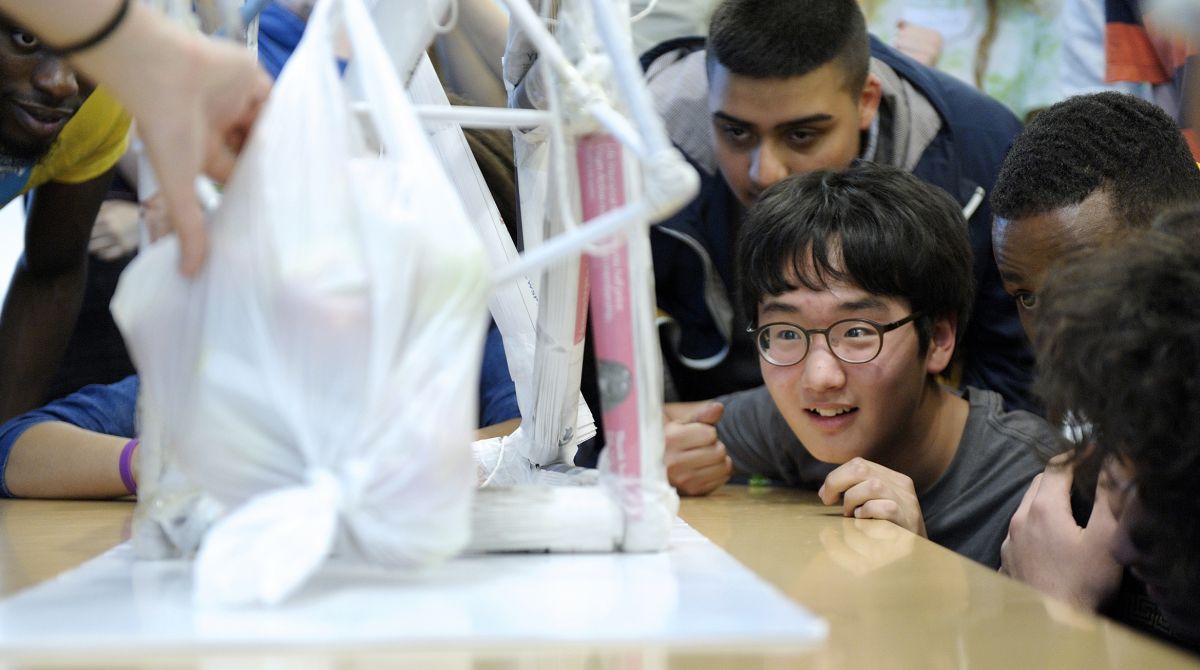 Kingston University has been working with more than 300 schools and colleges accross Greater London and the South East.

Kingston University's sector-leading work to raise young people's aspirations has been named as one of the United Kingdom's 100 best breakthroughs by Universities UK for its significant impact on people's everyday lives.

The University has been working with more than 300 schools and colleges across Greater London and the South East to help inspire pupils from a range of underrepresented backgrounds to consider moving on to higher education. Its outreach programme delivers hundreds of interactive and engaging activities for learners of all ages - including science, technology, engineering and maths activities using a mobile lab in a lorry packed with cutting edge equipment.

The University also has a dedicated outreach centre at its Penrhyn Road campus, which hosts tailored sessions for school and college pupils.

This innovative work has been recognised in a list compiled by Universities UK, the umbrella group for UK universities, as part of the MadeAtUni campaign to change public perceptions of universities and bring to life the difference they make to people, lives and communities across Britain.

The list of breakthroughs demonstrates how UK universities are at the forefront of some of the world's most important discoveries, innovations and social initiatives, including the discovery of penicillin, work tackling plastic pollution, ultrasound scans to check the health of unborn babies and the establishment of the Living Wage.

It follows independent research undertaken by Britain Thinks which found that while many people feel positive towards universities, the public has little understanding of the benefits that universities bring beyond undergraduate teaching.

"We're extremely proud of our sector-leading outreach work and the difference it makes to young people's lives," Kingston University Vice-Chancellor Professor Steven Spier said. "We're committed to producing graduates who can go out in to the world and make a real impact. Our students come from a wide range of backgrounds and countries and that diversity is an enormous strength."

Professor Dame Janet Beer, President of Universities UK, said: "Universities really do transform lives. The technology we use every day, the medicines that save lives, the teachers who inspire - all come from UK universities and the important work being done by academics.
"The UK's Best Breakthroughs list is a testament to the difference that universities make to people's lives and we want everyone to join us in celebrating the work they do."

As part of the MadeAtUni campaign, every university in the country was invited to nominate the one thing from their institution which they believe has had the biggest impact on people, lives and communities. More than 100 universities submitted a nomination, with entries covering areas as wide-ranging as health, technology, environment, family, community and culture and sport.