Brexit: Kingston University expert explores what could lie in store for Britain as MPs plunge country into political paralysis 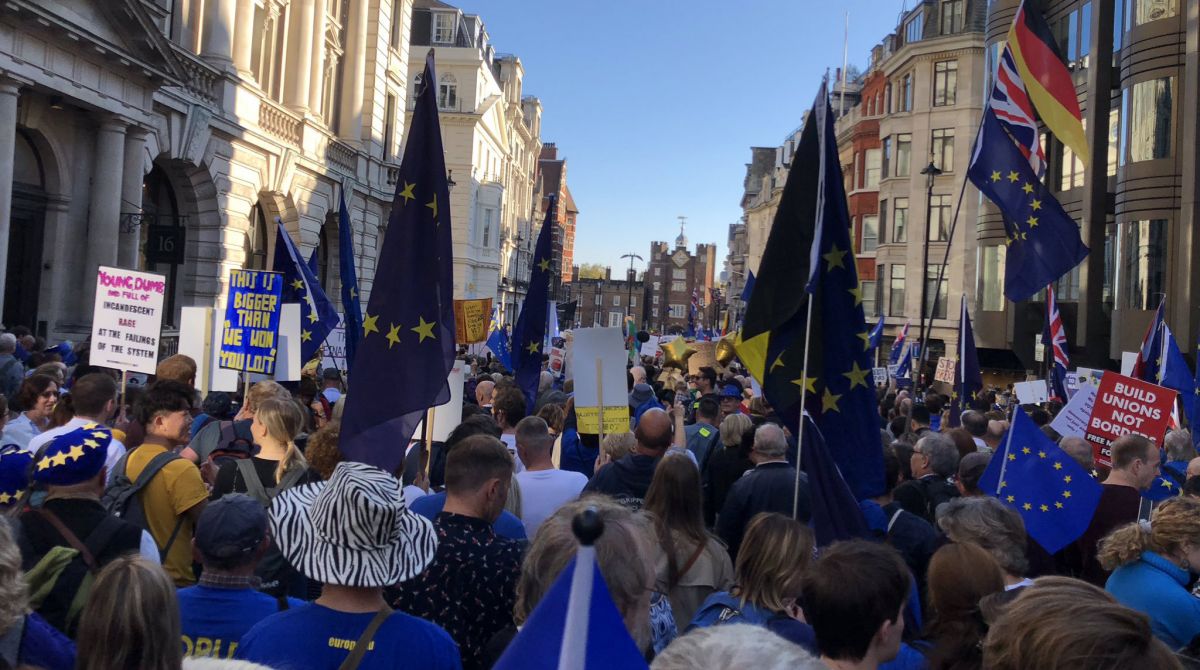 Demonstrators march through London at the People's Vote and Independent March for the Future.

After the historic defeat of Prime Minister Theresa May's Brexit deal in the House of Commons on Tuesday, Conservative MPs swung behind her to ensure she survived Wednesday's motion of no confidence tabled by the opposition Labour Party. Dr Robin Pettitt, senior lecturer in politics at Kingston University, explores how the Brexit drama could play out from here.

With the Prime Minister's record breaking defeat on the Withdrawal Agreement, and her modest victory on the first no confidence vote since 1979, the UK has firmly entered into political paralysis. Parliament is emphatically unwilling to support the Prime Minister on Brexit and, with somewhat less enthusiasm, unwilling to replace her with someone else. May is free from a formal Conservative Party challenge until December this year after the failed internal no-confidence vote. At the same time Theresa May is sticking to her red lines against free movement and any form of membership of the Customs Union and the EU Free Market. Add to that that there is no parliamentary majority for the only deal May can provide within her red lines; no majority for a no-deal Brexit; and after the defeat of the no confidence motion no majority for an early general election. Considering the deep political gridlock with no immediate way out, it seems increasingly likely that the government will (probably kicking and screaming) be made to request an extension of the Article 50 deadline. That needs the approval of the EU27, which, while likely, still leaves the the question: an extension to do what?

The only option that has not (yet) been formally rejected in a formal vote is a second/people's/final referendum. Now that the Labour Party has failed to get its much asked for general election, the party's official stance is that 'Labour must support all options remaining on the table, including campaigning for a public vote.' If Labour was to officially support a second referendum, it would join the other opposition parties in making that demand. There are probably enough Conservative pro-remain MPs to establish a majority for that option. However, Corbyn has been reluctant in the extreme about going down that route, and without his support Labour will be split on the issue, thus removing any chance of it getting majority support in parliament. In addition, a new referendum would require an act of parliament to happen. The original European Union Referendum Act 2015 took almost six months to be agreed from being introduced in May 2015 to getting royal assent in December the same year. It was then another six months before the actual referendum. This could be substantially shortened, but the process would still take many months to complete. There are therefore significant practical problems with the second referendum option, not to speak of the political uproar from the pro-leave camp.

So, 29 months after the 2016 referendum, the UK is stuck in political paralysis and faced with limited, unpalatable, and, to varying degrees, impractical options. If 'the people' are fed up with hearing about Brexit, then 2019 will bring no relief - Brexit will continue to be all consuming for the foreseeable future.