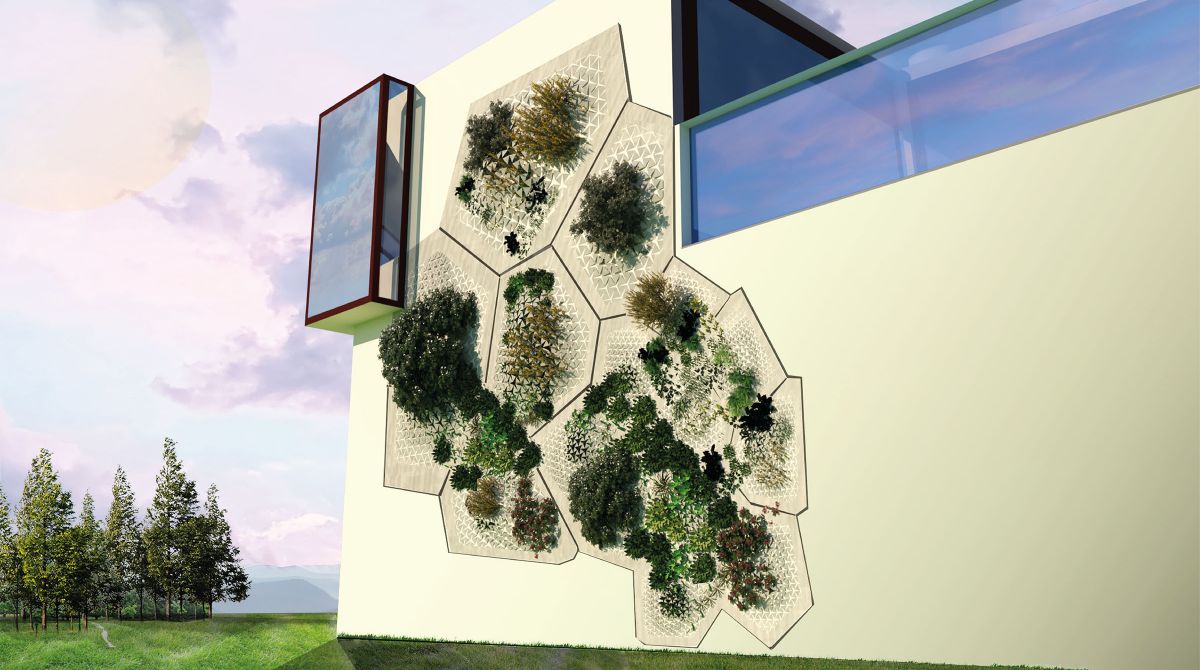 A render of how Will Bloomfield's design could make an impact on the side of large buildings.

A striking sheet metal modular garden wall system created by a Kingston University graduate is among the products going on display at the London Design Festival.

Will Bloomfield's large-scale pieces feature living flowers and plants that grow within panels arranged in mathematical patterns. They are designed to be bolted on to building exteriors, encouraging delicate ecosystems to flourish in urban environments while adding natural beauty to densely populated areas where gardens are often sacrificed for other uses.

His design is among a wide variety of items created by Kingston University's latest crop of product and furniture design graduates showing at the festival, which runs from 16 to 18 September at 56 Brushfield Street, near Old Spitalfields Market. Products ranging from toys, lamps and ceramics to sofas, shelving units and floor lamps will feature in the exhibition, while there will also be a series of workshops over the three days, giving the public an opportunity to gain insight and experience with design.

The 22-year-old designer drew inspiration for his garden wall, dubbed the Pangolin Panel, from a desire to bring a flavour of the countryside to big cities, having moved from the rolling fields of Herefordshire to Greater London. 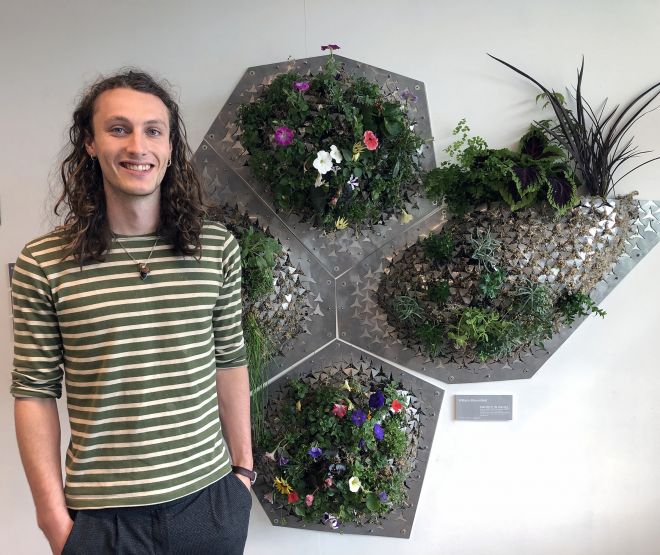 Will Bloomfield's Pangolin Panel draws inspiration from a desire to bring a flavour of the countryside to big cities"Green spaces in urban environments and the idea of sustainability within those spaces is really important to me," Will explained. "After moving to the capital, I started to realise how special our rural areas are. The more greenery we can incorporate, the better it is for our wildlife, the ecosystem and providing clean air for those living there."

Will's design uses a tessellating star pattern influenced by the work of architect Ron Resch that allows consumers to customise the product using an app on their phone. "I wanted to create something that complimented the landscape in a bespoke way, rather than a one-size-fits-all design," he said. "I used an interface with data returned through a series of sliders to enable the user to rapidly adapt the design to meet their needs."

The process produces a Voronoi diagram - a naturally occurring pattern seen on the skin of a giraffe or when mud dries and cracks - which is then programmed into a sheet metal pattern cutting machine. "If you were to draw it by hand, or even on the computer, it would take an incredibly long time, so the algorithm speeds up the process and provides a great amount of customisation," Will said.

The concept took shape after Will was asked to devise a product using sheet metal and started to explore the process of cutting the metal in to a pattern which then enabled it to be expanded into a three dimensional form. "That was really exciting to me because it contains the magic of origami, where you fold something up and it becomes something bigger," he said.

The young designer also benefited from his involvement in the University's annual entrepreneurial competition, Bright Ideas. Not only did he take home the top prize, his discussions with the judging panel ended up taking the design in a whole new direction. "Bright Ideas was a great motivator and really encouraged me to think about how I could take this to the next level," he said. "One of the judges suggested it would be interesting to see plants growing through the metal and it really struck a chord with me - it was a real lightbulb moment." 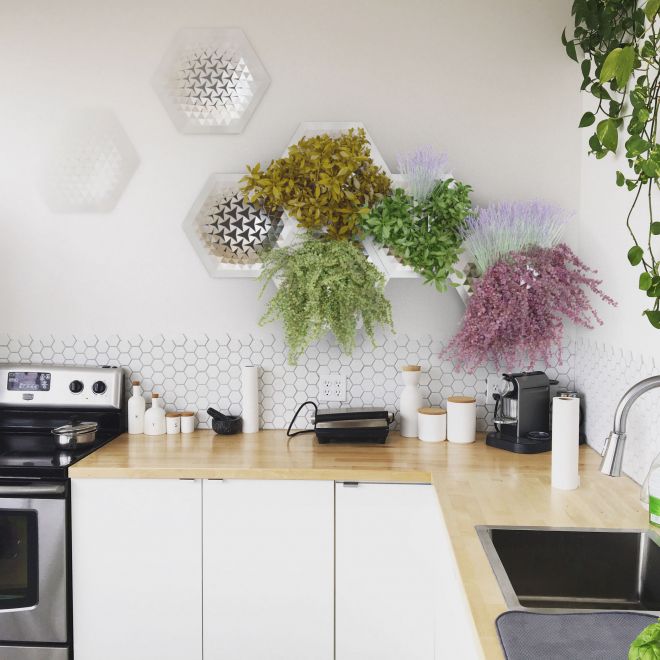 Will's design utilises a tessellating star pattern influenced by the work of architect Ron Resch.It was this new, sustainable direction sparked by the conversations with the panel, alongside hours spent programming with CAD (computer aided design) software that led to the final product. "It's been a long learning process with plenty of hours watching tutorials on YouTube until I managed to get somewhere with it," he explained. "This technology opens up a whole new range of design possibilities. As well as continuing the model for the outside of buildings, my vision is that I can adapt it for the home - people could even have a panel in the kitchen for herbs ready for you to take from the module and cook with instantly."

Product and furniture design course leader Phil Davies said students were challenged not only to come up with new products but also to think about how their creations can benefit communities or move the design world forward. "Will has used algorithms and some complex maths to develop patterns which then become three dimensional products," he said. "It's also about putting sustainability at the heart of the design project, which is something we focus on as part of the course. You can see he is interested in leveraging technology to create relevant new products that benefit the world we live in through his work."