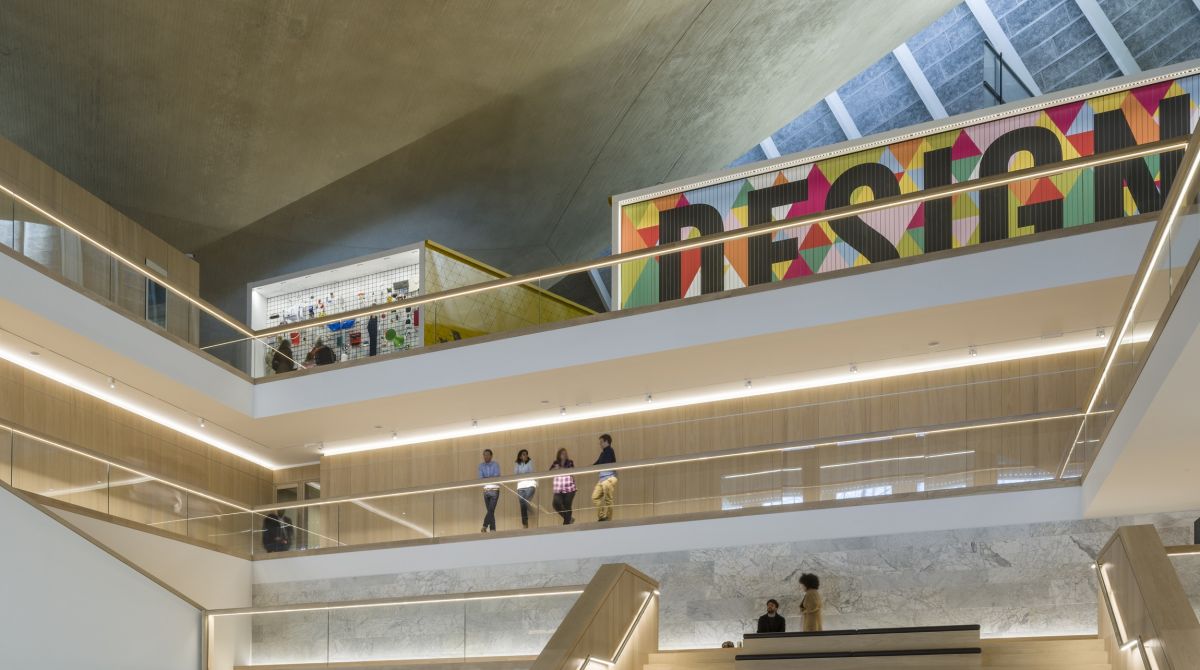 The Curating Contemporary Design MA is delivered in partnership with the Design Museum.

Kingston School of Art's Curating Contemporary Design MA, taught in partnership with London's Design Museum, has produced a notable cohort of alumni who have taken up prestigious roles in museums, galleries, universities and cultural organizations around the world.

Raphael Chikukwa graduated in 2008 and was recently appointed to the position of Executive Director at the National Gallery of Zimbabwe. In this role Mr. Chikukwa provides strategic leadership for the institution, articulating the vision for the Museum's development. He also leads on the development and realization of the exhibitions programme and in developing relationships with the international museum sector.

Co-course leader Donna Loveday caught up with her former student to discuss his career so far, ambitions for the future and advice for current students.

How did you begin your career in curation?

My life working in the arts began at Harare Art Centre under the watchful eye of Norman Chovhuchovhu and Charles Fernando. In 1997 I went to South Africa to study a postgraduate certificate in Arts and Culture Management at the University of Witwatersrand. In that same year, I was part of the second Johannesburg Biennale team working under one of the great curators, Okwui Enwezor.

In 2001 I visited the Venice Biennale and this sparked a dream to develop a Zimbabwe Pavilion. When I returned to Zimbabwe in the late 1990s, I worked with Mrs. Doreen Sibanda on the Artists Against Poverty project and later became the curator for a number of exhibitions for HIFA (Healthcare information for all). In 2002 I curated an exhibition for the Commonwealth Games in Manchester and later curated Visions of Zimbabwe with James Walmsley.

During the Commonwealth Games, I visited the Imperial War Museum to view an exhibition on the contribution of the Commonwealth and was shocked to discover that the African story was missing. I asked to meet the curator and questioned him as to why. I told him about my father, who had fought in Burma and was given ten pounds in return. A few years later I was awarded a grant to research those men who fought for the empire. In 2007 the exhibition, African Heroes, opened to the public at the Imperial War Museum North.

It was around that time that we first met and you became one of my students - how important was your time at Kingston? 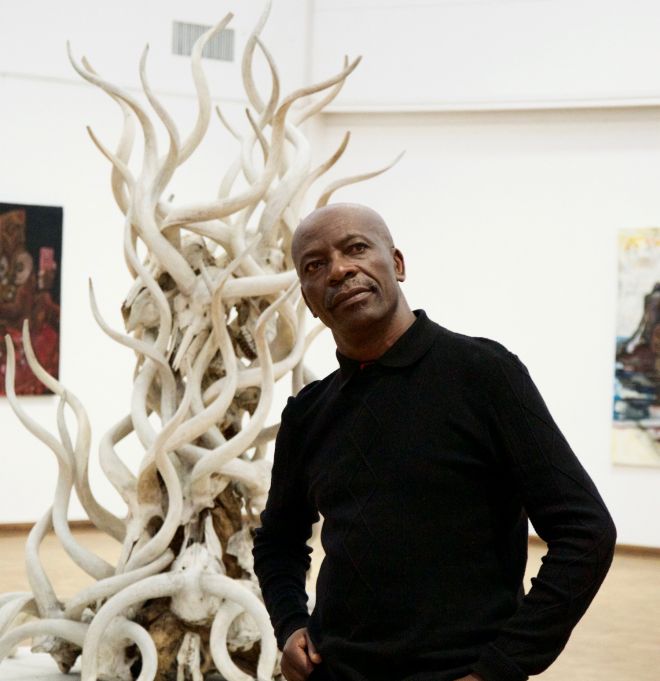 Raphael Chikukwa graduated from the Curating Contemporary Design MA in 2008.In 2006 the British Council sent me to a museum seminar at Oxford University and it was there I saw an advertisement in the Museums Journal for the Kingston University Curating Contemporary Design MA. I applied and was offered a place to study. The British Council awarded me a Chevening Scholarship.

In 2007 I started my Curating Contemporary Design MA at Kingston. London is a center for contemporary art and I wanted to make use of every moment I had at Kingston University and the Design Museum. My lecturers played an important role as I was the only African student on the programme. This did not distract me but it strengthened me in so many ways. I learned a lot; my industry contacts grew and doors opened to a much wider network. While in the UK, I was one of the founding members of the PUMA Creative Africa Network with Christine Eyene and others.

What was it like returning to Zimbabwe after your studies? Why were you so passionate about establishing the Zimbabwe Pavilion at the Venice Biennale?

I am pleased I returned to Zimbabwe. I talked to my wife and she convinced me to keep trying to find a role in Zimbabwe. It was not easy to settle without a job, but in 2010 I joined the National Gallery and the rest is history.

As a founding curator of the Zimbabwe Pavilion and curating the event from 2011-2019, I saw how much the Venice Biennale had contributed to the visibility of artists in Zimbabwe, a country whose image was in need of repair. The Zimbabwe Pavilion played a role in restoring our relations with other countries and provided a platform for Zimbabwean artists on a global stage.

The collaborations that have taken place over the past ten years as the curator of the National Gallery are a result of the trust and hard work of the museum team and Zimbabwean artists. I am a believer in hard work and the exhibitions and projects we have realised is because of those artists and their works.

You joined the National Gallery of Zimbabwe as Chief Curator in 2010. How has the institution developed in the last ten years?

It was challenging in the beginning. I had just graduated from Kingston University and this came after ten years working as an independent curator. It was a time to put into practice what I had learned during my Masters programme. My former Director, Mrs. Doreen Sibanda, gave me a blank canvas and allowed me to dream. On my arrival, I set up Harare Conversations, an online platform for discussions with artists and curators. Our first episode was with American artist, Simon Leigh.

In 2012 the National Gallery of Zimbabwe's roof was battered by a storm and, as a team, we managed to get the Norwegian Embassy to fund the repairs to the roof. We also managed to produce a number of publications. Looking back into our archive, we realised that the National Gallery had contributed immensely in terms of bringing scholars and museum directors, such as former MoMA Director, Alfred Barr, to Zimbabwe in the 1960s. In 2017 we organised a second International Congress on African Culture inviting museum directors, curators and artists from across Africa and the diaspora. 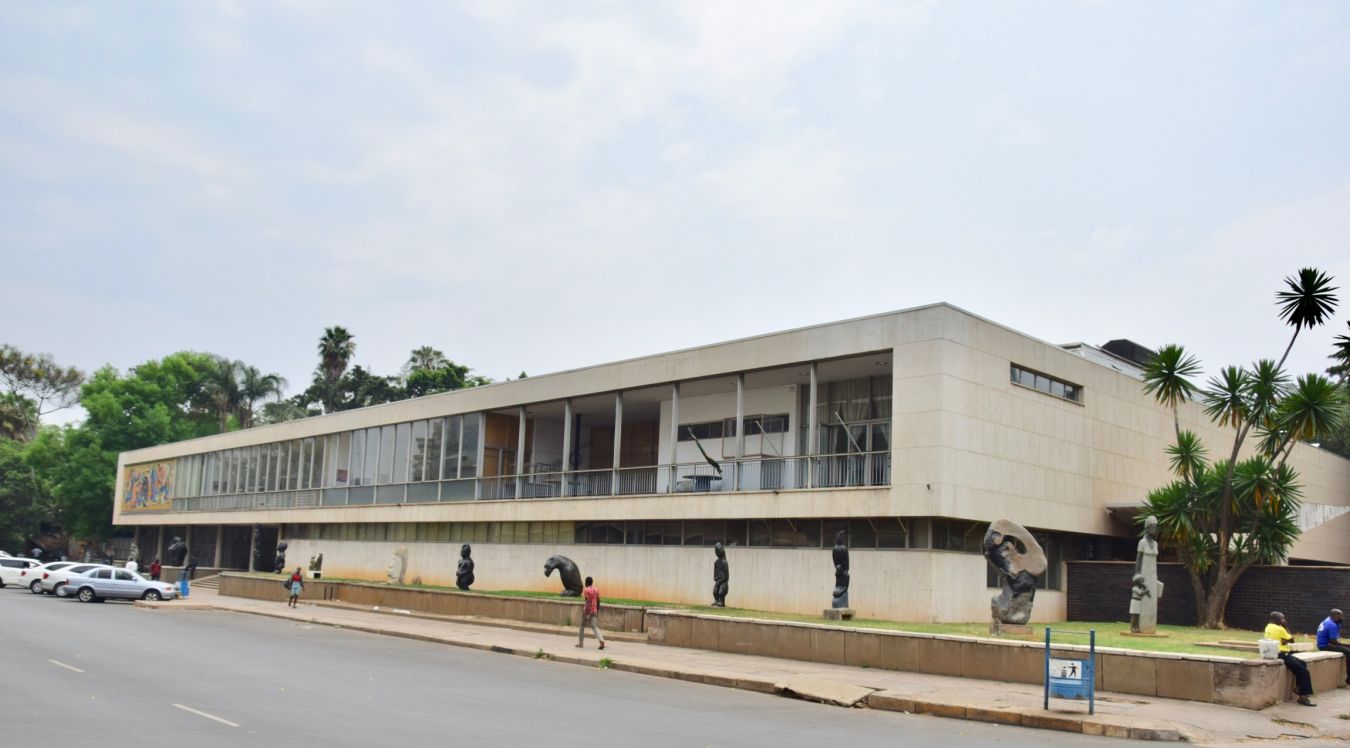 Raphael was recently appointed to the position of Executive Director at the National Gallery of Zimbabwe.

What are your ambitions for the museum as you take up your new role?

The number of international curators visiting Zimbabwe has since increased and we seek to grow our visibility into Asia and other parts of Africa. As an institution we feel there is a need for collaboration and as its new leader, I am mindful of the changes brought by the Covid-19 pandemic.

Zimbabwe is a young nation and there is much to explore. We would like our collection to work for us. The new digital rush should inspire us to think outside the box and we seek more collaboration with institutions from across the world. I am sure we can learn from each other. The function of any cultural institution is in a form of rebirth because of Covid-19. A new audience has been born; we must take digital audiences seriously. The National Gallery of Zimbabwe and many other cultural institutions in Africa should see this as an opportunity to reinvent
themselves.

What advice would you give to our students as curators entering the field today?

It is important to be humble. Paying attention to details and deadlines is key. Do not burn bridges - one should build bridges because you might need them when you want to cross to the next level.

As a young curator starting in the sector, you need to grow your network as it is important for your practice. Respect for those who came before you is key, they will show you the path and experience is the best teacher - success doesn't come overnight.