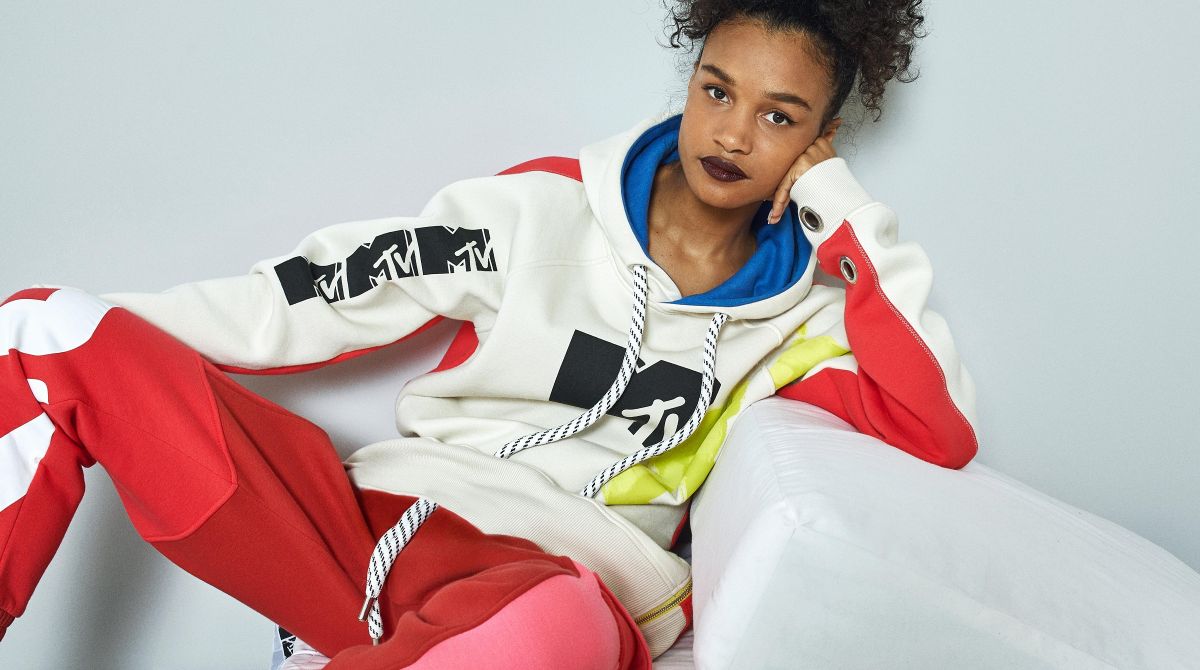 Kingston School of Art fashion graduate Lucy Saunders has seen off competition from design students around the globe to win the MTV Music Meets Fashion Competition, with a collection she designed for high street retailer River Island unveiled during London Fashion Week.

The talented 24-year-old triumphed over entrants from 21 fashion schools in the United Kingdom, the United States, Mexico and Australia to carry off top honours in the competition run by MTV in collaboration with the British Fashion Council, River Island and ICEBERG. Lucy was also lucky enough to have her eight-piece River Island clothing collection showcased online at the close of London Fashion Week, accompanied by an exclusive performance by pop star Griff.

During her studies, Lucy completed a three-month internship at Old Navy in San Francisco and a year-long internship with Tommy Hilfiger in Amsterdam. The competition challenged candidates to design a line inspired by MTV that merged music, fashion and sustainability. Five finalists showcased their catwalk designs at London Fashion Week last September before Lucy was selected by industry leaders to adapt her creations into a commercial collection now being sold at RiverIsland.com.

Lucy, who graduated from Kingston School of Art last summer with a First Class BA (Hons) in Fashion, credits much of her success to the teaching and guidance of her tutors. Her father had studied product design at Kingston, so the university had been her top choice for a fashion degree, she said. "I discovered myself as a designer during the first year while, in the second placement year, there were opportunities to secure internships with well known fashion houses as the course has such good contacts with industry," she added. 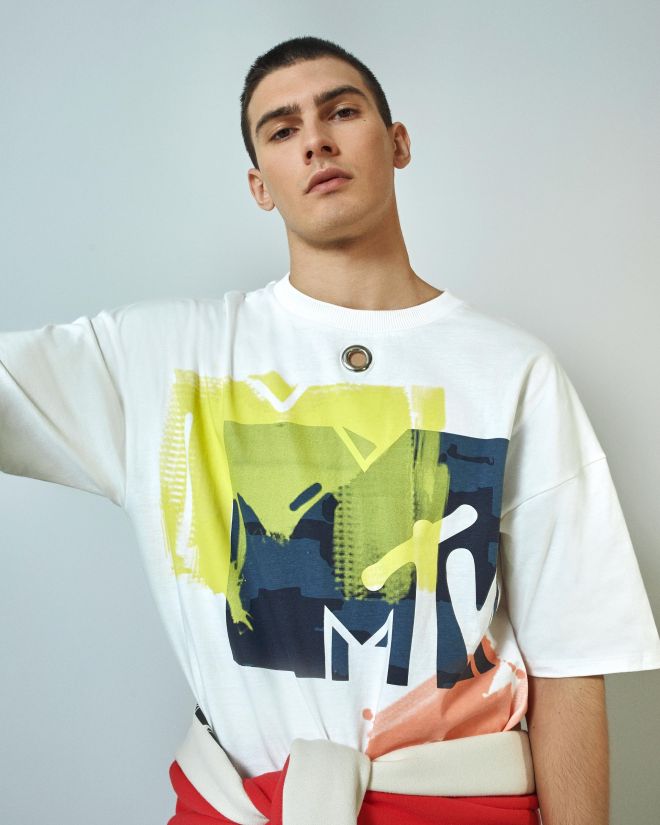 Looks from Lucy Saunders' collection for River Island were showcased during London Fashion Week as she was unveiled as winner of the MTV Fashion Meets Music Competition. Picture: Marc AbeDuring her studies, Lucy, who now lives in West Kensington in London, completed a three-month internship at Old Navy in San Francisco and a year-long internship with Tommy Hilfiger in Amsterdam as a designer for the runway team. "That industry experience was invaluable for me. The lecturers at Kingston School of Art know exactly how to support us to develop our potential," she said.

The encouragement of her course tutors saw Lucy get involved in the MTV competition, which was announced a year ago, with an entry based on the portfolio she produced for the final year of her course. "I developed garments in line with the MTV brand, which is bold, fun and exciting, while the competition also asked entrants to create pieces with sustainability, size inclusivity and gender neutrality in mind, which are all also important considerations for me as a designer," she said.

Originally from Bosham, near the West Sussex coast, Lucy used old spinnaker sails from her parents' boats as the inspiration for her original catwalk creations. Her designs included vibrant jumpsuits, billowing sail skirts and hoodies with islet details and ropes to secure them. The pieces could be dressed up or down and were adjustable so they could be worn in different ways, Lucy explained.

The commercial collection for River Island took shape from her catwalk pieces. "I looked at all the detail, for example the islets, zigzag stitching and colour blocking, and created a more relaxed clothing line that I thought River Island customers would want to wear," Lucy explained. "There are hoodies paired with colour-blocked joggers, cycling shorts with graphic prints and unisex T-shirts, all sustainably produced with organic cotton and prints that are screen printed."

Lucy, who is a designer for Fila UK's sportswear brand, was speechless when she won the prestigious competition which, in addition to seeing her designs in River Island with her name on the tag, includes an internship with ICEBERG's creative director James Long. "I'm thrilled to see my clothes in River Island with my name on them, and it's so exciting people will be buying and wearing them. That is the best part of being a designer – seeing your work on people and hopefully making them feel good," she said.

BA (Hons) Fashion course leader David Frizzell said Lucy's success was much deserved. "As well as working very creatively with the MTV logo, Lucy embraced relevant issues and was focused on using repurposed and recycled fabrics, which is something we emphasise at Kingston School of Art as part of a responsible design context," he said. "Lucy is an outstanding talent. Her artwork and levels of creativity are some of the best I have seen and she has a great future ahead of her." 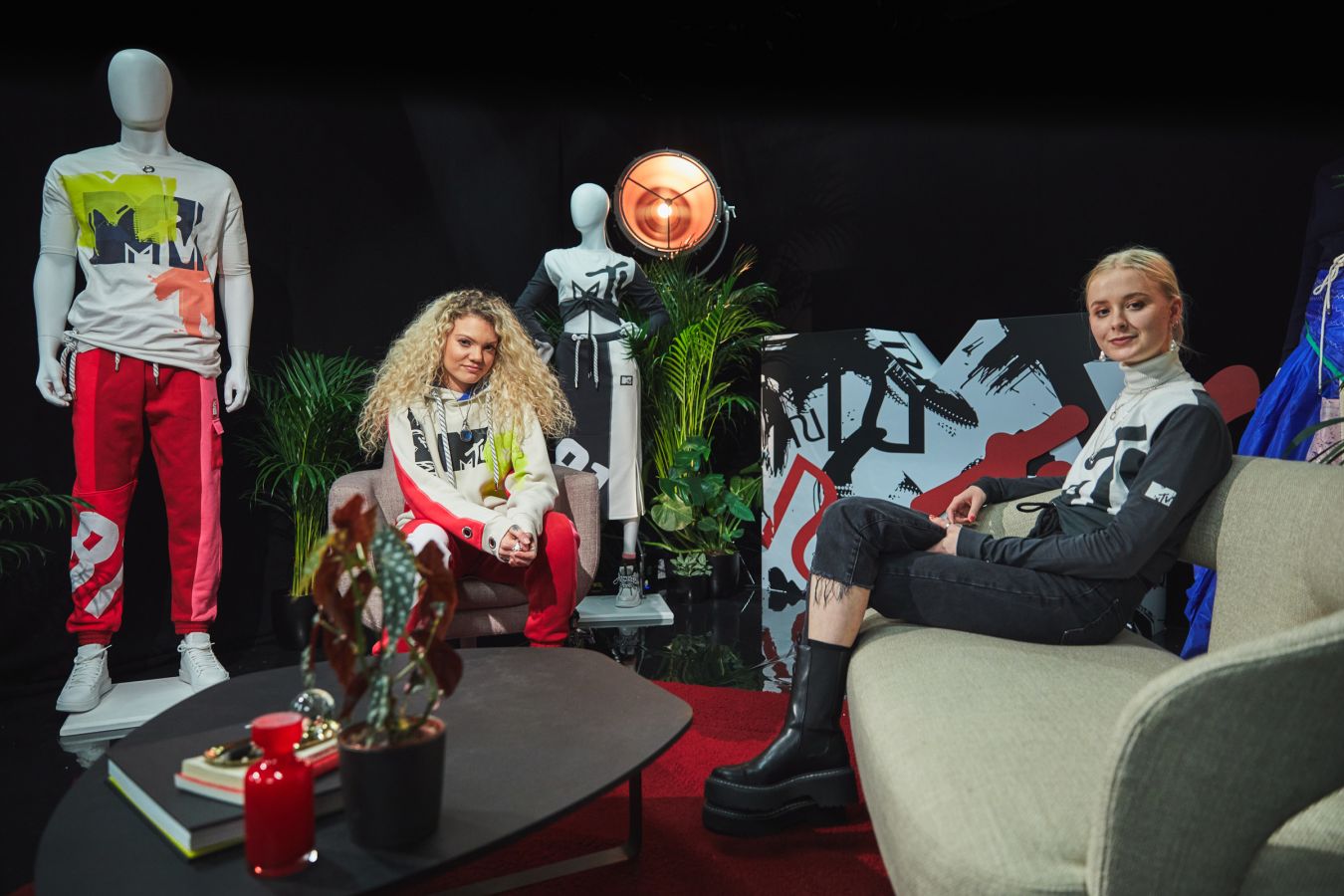 Lucy Saunders, right, wearing some of her designs for River Island on the MTV set with interviewer Becca Dudley. Picture: @shaneobenson