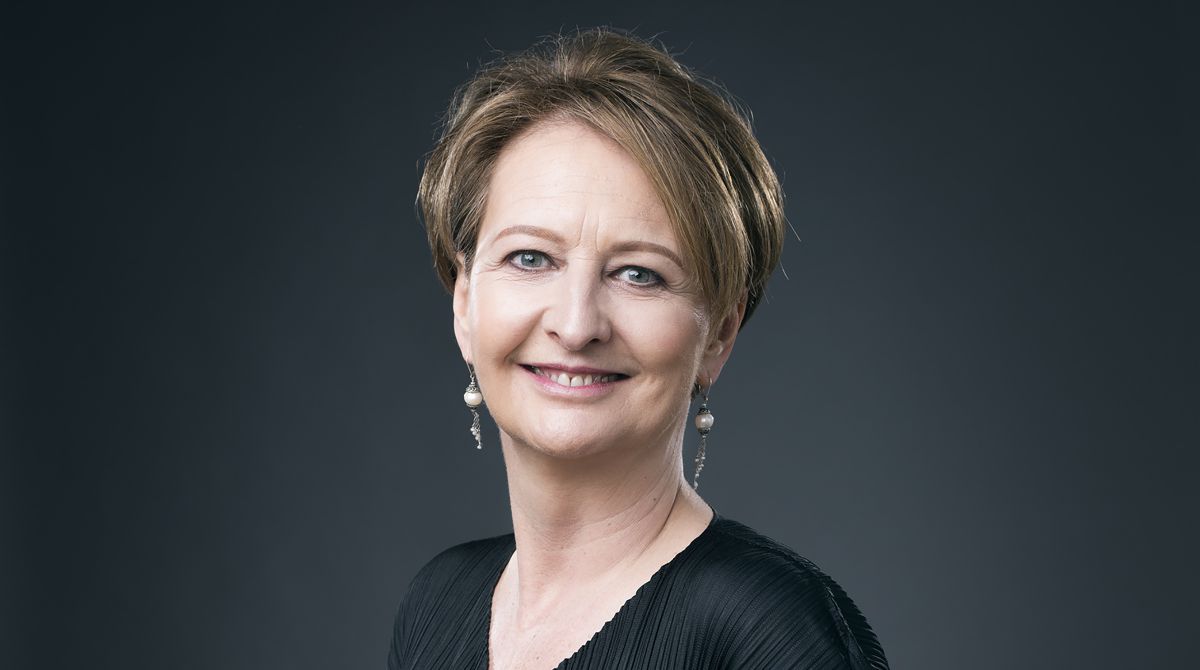 A data science pioneer who received an honorary degree from Kingston University has shared insights from her career during Women's History Month, as well as outlining some of the barriers she believes prevent girls from pursuing careers in STEM at an early age.

Edwina Dunn OBE, who was recognised by the University for her outstanding contribution to the marketing industry and to gender equality and women's involvement in STEM in 2018, helped transform the way the country shops after founding data analytics company dunnhumby with husband Clive Humby.  The company, which was behind loyalty schemes that allowed the likes of Tesco to better understand their customers, was sold in 2011 when it had grown to an organisation of 1,500 people - 50 per cent of which were female - across 25 countries.

She is now Deputy Chair of the Centre for Data Ethics & Education, and Founder of The Female Lead, an educational charity that focuses on highlighting the achievements of women and providing educational resources to young girls in school.

"My motivation for starting The Female Lead was born out of spending most of my career in retail boardrooms, made up entirely of men," Ms Dunn said. "There were few senior females visible in business when I started out and, when I sold the business in 2011, there weren't many more. I believed that if we could surface more inspiring stories about women, it would create a more obvious and diverse pathway for girls planning their future careers. I decided to publish a book that celebrates female achievement, endeavour and diversity and share it with schools, colleges and universities in order to inspire young women - to encourage them to reach higher, be bolder and realise their true potential, not one that society may have imposed on them."

"I know what it feels like to work in male-dominated industries. I developed ways of navigating despite my gender and these fuelled my passion and drive to improve the landscape for women."

"The disconnect between girls and STEM-related career paths happens during school. 74 per cent of girls express an interest in STEM topics and careers, but only 0.4% of girls end up choosing computer science for a degree. Young girls are rarely encouraged to pursue maths and science, meaning they are missing out on fantastic careers such as forensic scientist, web or app developer, project planning engineer and data or software scientist. This ultimately deprives them of access to many high-paid and fast-growing jobs. Further along the career path, 'women', 'diversity' and 'motherhood' are still hot topics in slowing mid-career progress."

"Teachers and parents often don't have up-to-date information on high growth, high paid careers. Frequently, pupils are directed away from more 'challenging' subjects due to a myopic, national focus on achieving high grades. Girls often underestimate their grade performance and so fewer end up taking STEM subjects at A-level, despite the fact that girls get better grades in GCSE maths and physics.

"STEM subjects often have a greater value to employers, regardless of the industry or job focus.  We now live in a time of digital revolution where 'data is the new oil'.  Data driven technology will change every business, private or public sector.  So, a candidate achieving a lower grade in a STEM subject is still likely to be viewed well by employees. Parents also have a critical role to play by remaining future-focused, helping to fuel their daughters' interests and passions and building their resilience in order to overcome bias and career setbacks."

Importance of role models from an early age

"Girls now grow up seeing high achieving women as doctors and lawyers on TV, which is great but, the media continues to promote stereotypes in high growth, high paid, data and technology jobs, often portraying them as geeky men.

"I believe 'you can't be what you can't see' and so for these industries, the lack of female role models discourages other girls from pursuing these better paid and growing careers. When you meet or hear about people doing amazing things in a similar field to yours, it reminds you what's possible. 'If they can do it, then why can't I?'

"We know diverse role models are essential for inspiring future generations, and we know girls are eager to see women who are different from those ever-present, air-brushed women, in the media - women who have found success from their work, not how they look.  We want to continue to find women with amazing stories, highlight their achievements and then share them with as many girls and women as we can reach, around the world.  We want to prove that you can be a female and lead."