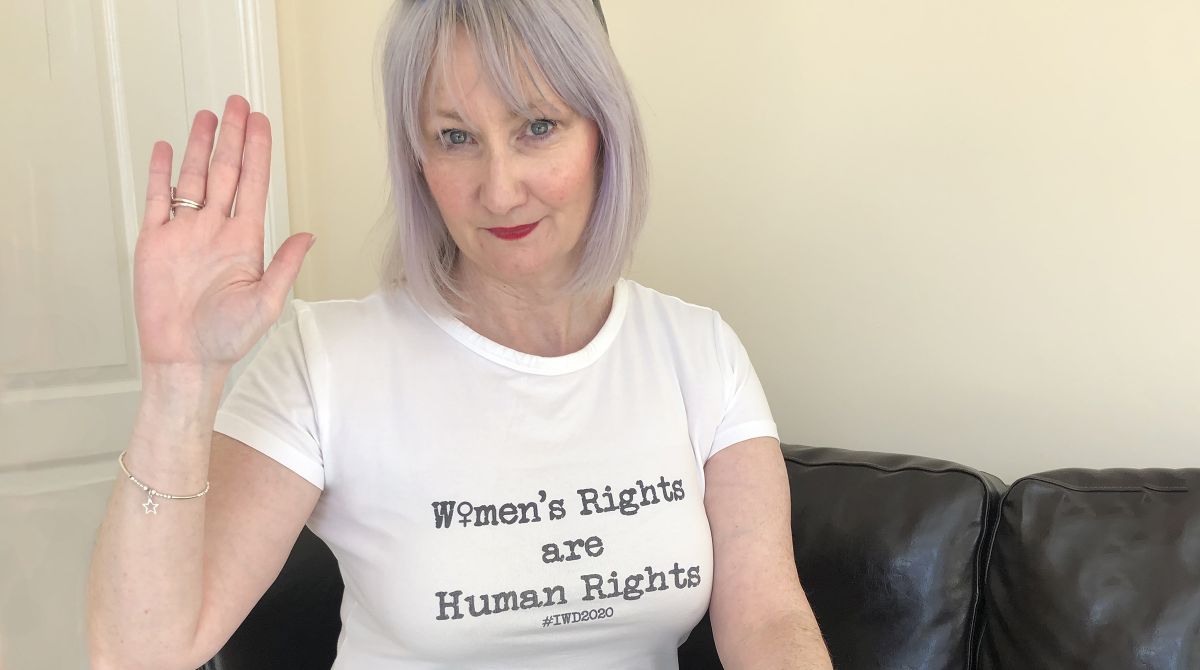 As part of the University's International Women's Day and Women's History Month celebrations, Interim Pro Vice-Chancellor for Education Professor Sue Reece shares her admiration for the work of author Caroline Criado Perez and New Zealand Prime Minister Jacinda Ardern, and explains how both have highlighted in different ways the importance of ensuring leaderships teams include women who are listened to and respected.

I have been extremely fortunate to have had strong female role models inspire me in my life and career. Women who have done and thought differently - from my maternal great grandmother who, as a widow and mother of eight, bought a farm and started up a number of retail businesses (today we would call it an entrepreneurial spirit but she would probably just say it was to put food on the table) to the women I have had the privilege of working with professionally and personally.

The thing they all have in common is a passion for what they are doing, the desire to push the envelope and not accept the status quo,  a great sense of the need to be fair and transparent, along with an understanding that in every decision you make there is a person at the centre of it who may be affected. In addition, they possess that admirable quality of being able to admit when they have got something wrong and will work hard to put it right.

Many of my personal heroes may have been described by some as 'emotional', 'driven', bossy', 'difficult', 'confrontational' and 'formidable'. However, that 'thinking differently' element has been an important facet in my life, and I have always enjoyed working alongside women who have demonstrated this ability.  Last year I read Caroline Criado Perez's Invisible Women and I now often reflect on the premise of her book and the importance of bringing the physiological, social and cultural experience of being a woman into research, planning and the decision-making process.

Caroline cites numerous examples of how when we research, design and plan infrastructure or services, the norm used is most likely to be the average man and that there is still not enough emphasis given to application based on sex-disaggregated data and gender considerate qualitative research. One example that I find amusing but true is that we end up with women shivering in offices or in some cases homes with heating systems set to a male norm (the battle over the thermostat is quite common-place in my own household). There are, of course, many others that do have very serious consequences, such as the undervaluation of the non-paid work women actually do, the lack of career progression opportunities in some sectors and even medical diagnostics that can miss vital symptoms of a heart attack due to differences between female and male physiologies.

Conversely there is clear evidence that when teams, be it executive, management or research, do include women who are listened to and respected, there is a positive impact not only on the outcomes for other women but the wider organisation, sector, community and quite of often the country. Which brings me on to one of my new role models, Jacinda Ardern, who has shown great leadership during the very difficult times New Zealand has faced during her tenure as Prime Minister.

She talks openly about the challenges she has faced and that, like many women, she suffers from imposter syndrome, always feeling slightly self-conscious and underconfident. She describes herself as a thinker who muses over things a lot and is constantly assessing whether she is doing enough or what she should be doing more of to make sure she's not letting anyone down.  She has been criticised for being an empathetic leader because it is perceived as weak, but she rightly hits back stating 'I refuse to believe that you cannot be compassionate and strong', and it would appear her fellow New Zealanders agree - her party won more than 50 per cent of the votes in the last election, an increase of 13 per cent.

Jacinda didn't set out to be Prime Minister, but she did say yes to things that pushed her out of her comfort zone and her emotionally intelligent leadership has won her respect the world over.

I'm proud that my university is playing its part, through the research we conduct and the individuals we support to become future leaders, educators, entrepreneurs, health professionals and policy makers. We challenge stereotypes and instil the importance of ensuring that we reduce the gender gap and that opportunities are equitable for all.

So as we celebrate International Women's Day and Women's History Month this March, I hope we can all take the time to think about heroes and role models, how we can emulate their positive characteristics and work towards ensuring that, through our own actions, women are always included, considered, encouraged, respected, valued and visible.