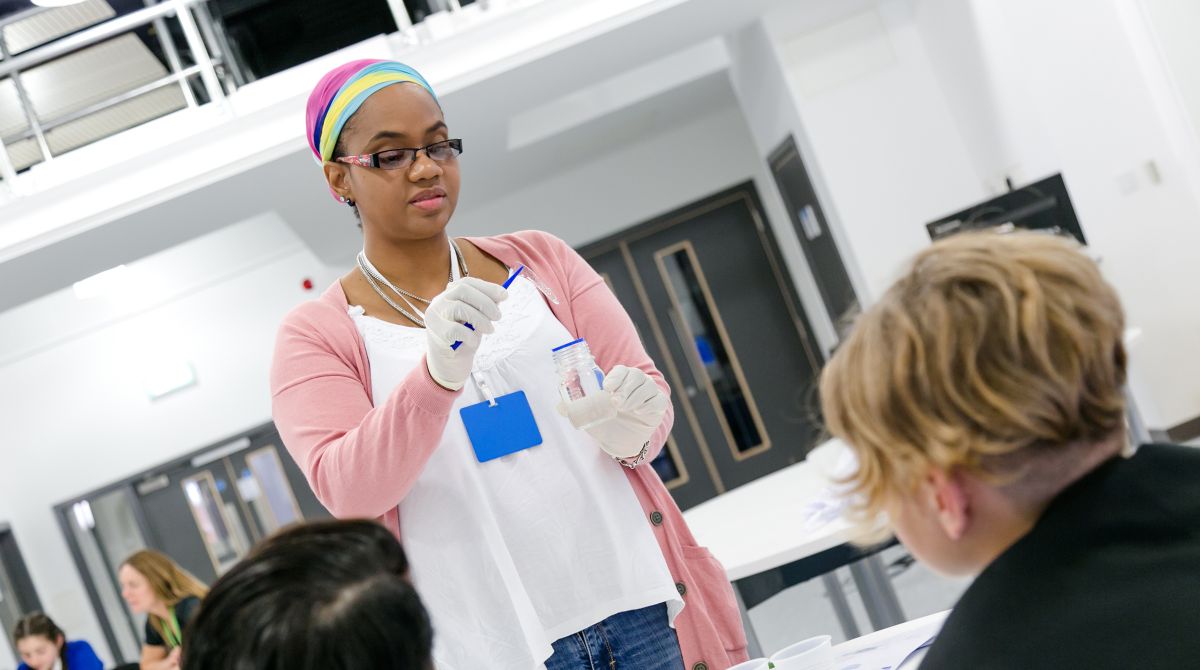 A forensic scientist with a passion for outreach spoke of how helping young people shape their direction in life was what made her job so rewarding after being named the inaugural winner of Kingston University's Woman in STEM award.

STEM outreach officer Chère Reade-Edwards was nominated by colleagues for her talent for inspiring young people, enthusiasm for the role and always going the extra mile. The annual accolade, run by the Faculty of Science, Engineering and Computing, recognises a woman academic or professional staff member whose outstanding work has been making a real difference in the field.

Chère moved into her current role in 2018 after a year as an outreach intern, following the completion of a Master's degree in forensic analysis at the University. Bringing her academic experience into the classroom, she works with a range of age groups to introduce pupils to innovative science, technology, engineering and mathematics (STEM) activities at schools across London and in the University's outreach centre on the Penrhyn Road campus.

"I was honoured to be the first winner of this new award," she said. "It gives you encouragement that you're doing good work and, I hope, helping inspire others. For me, the role I do is all about opening up minds and helping young people to shape their own direction. I want them to work out where they want to be and strive for it. I like being in a position where I can help them define a path."

Chère's interest in science can be traced back to her childhood growing up in Barbados, when she took on a voluntary role as a teenager with a conservation project for turtles. It led to a life-long passion for environmental science, further fuelled by a summer job onboard a submarine carrying out educational tours of the Caribbean reefs, where she went on to be promoted to co-pilot.

After studying biology at University of the West Indies, she stayed on to complete her first Masters degree, in natural resource and environmental management, before moving to the UK to reunite with her future husband Stephen. Roles with an environmental research firm and then as an NHS 111 call handler followed, but it was while studying for a second Masters at Kingston University that she got her first taste of sharing her passion for science with children. 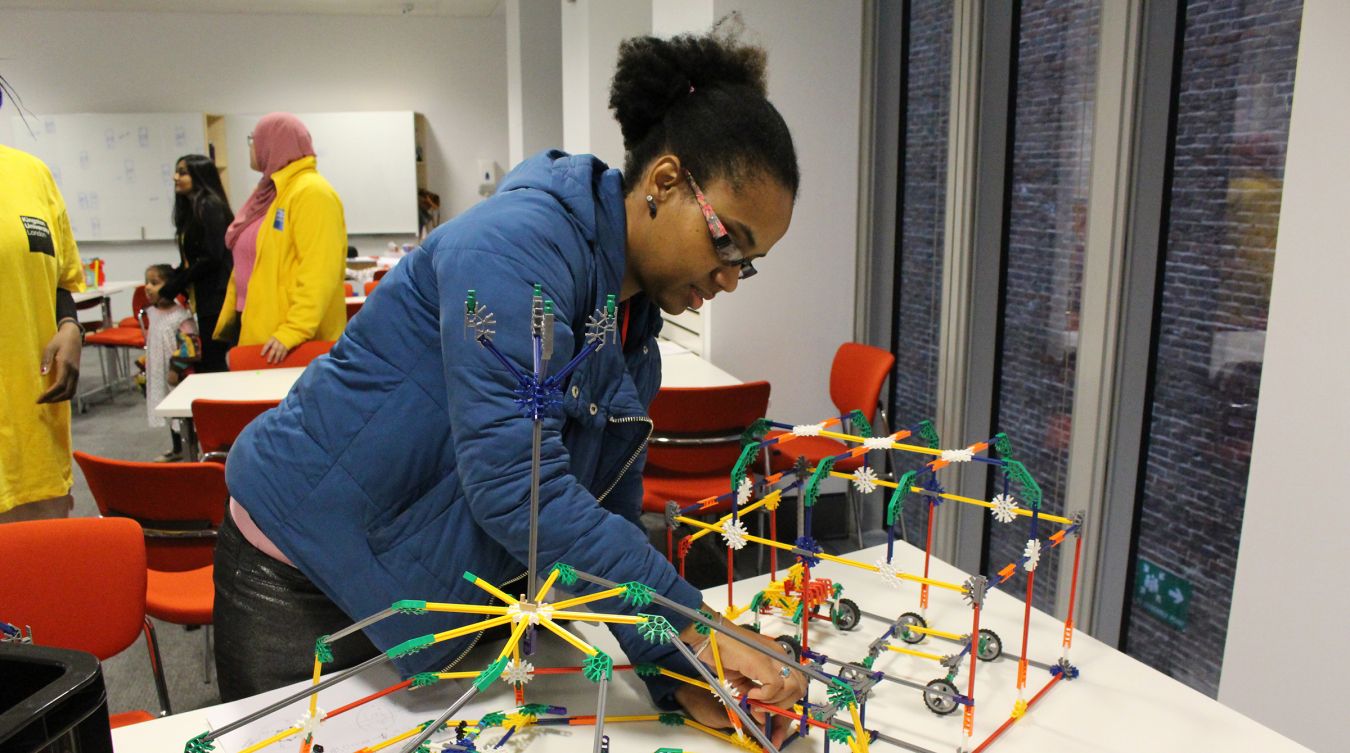 Chere Reade-Edwards has been a STEM outreach officer at Kingston University since 2018.

"I was helping out with some outreach work in the forensics lab, showing high school pupils the scene-of-crime house and teaching them how to collect samples. At the time I was thinking I might do a doctorate, but I had enjoyed working with the children, sharing my knowledge.

"I could have maybe joined the Met Police to work in forensics, but the more I looked at it the more I realised that the right fit for me was a role where I could make a difference early in people's lives, helping shape their future. Working with children, it's very important to help them understand you can be into science and still be cool. There's certain reward that comes when you have taught them something."

As part of her role as an outreach officer, Chère helps challenge gender perceptions and stereotypes around STEM from a young age.

"When I was working on a submarine as a female co-pilot I had many people call me 'sir'. They don't expect it to be a girl. In schools, I pull up in the playground in our lab in a lorry and sometimes a pupil will look at you and say, 'you're a woman driving a truck' - and I reply, 'yes, and I'm also going to teach you some science too!'.

"As a mother of two girls myself, there have been times they've heard things from other kids at school and been strong enough to come home and talk to us about it. You want to help them understand there's no line, and challenge the idea that boys do one thing and girls another."

While Chère introduces children to a range of science activities and opportunities, one of the parts of the role she enjoys most is establishing what sparks an interest in each child she works with. 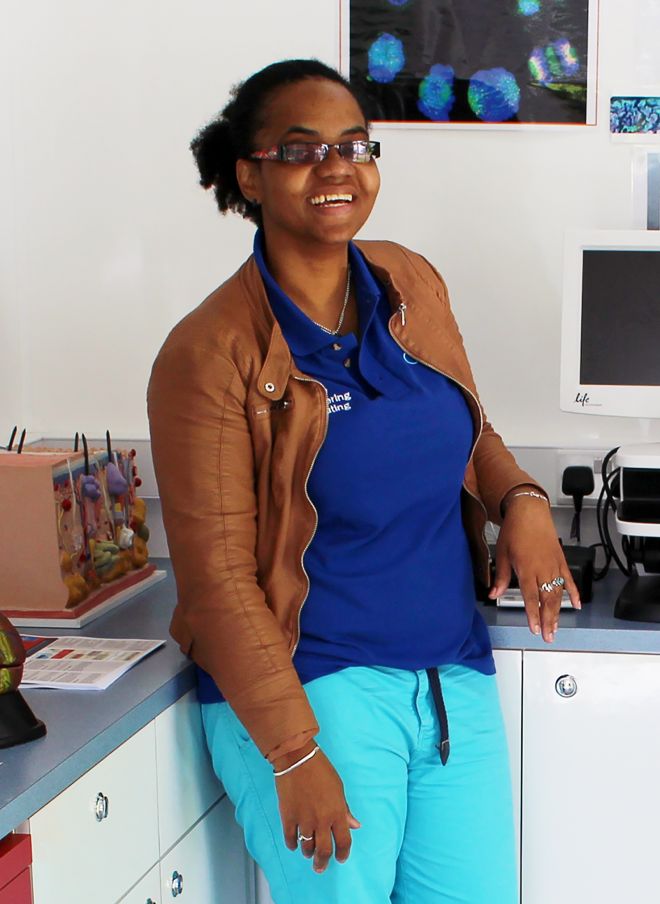 Chère Reade-Edwards was nominated by colleagues for her talent for inspiring young people, enthusiasm for the role and always going the extra mile."You can see it in their faces, what engages them," she said. "There's at least one thing everyone can relate to - some get an adrenaline rush from the wind tunnel, some want to be pilots, others are real gearheads and into the cars and engineering aspects and may never have realised it."

The passionate environmentalist also brings her early conservation experiences in Barbados into her work to help young people understand how they can make a difference. "I try to educate them on the impact science has on all our lives - so if someone goes on to become a musician, they understand everything they do has an impact and involves chemistry or biology or physics. Their contribution may be putting music out in a responsible way. Others may start with not throwing away plastic bags, and then go on to engineer ways to clean up the environment.

"It's not about putting people into boxes, I don't want to decide what they should do. I want to help them understand how they can funnel all that energy they have into something and they just need to find it."

Chère's dedication and passion for her role made her a worthy winner of the University's first ever Woman in STEM award, according to Vice Dean of the Faculty of Science, Engineering and Computing, Dr Lucy Jones.

"I'm really delighted to be able to name Chère as the recipient of this award, the thought and effort she puts into inspiring the next generation of STEM students is evident to everyone who has been involved with outreach in the faculty," she said.