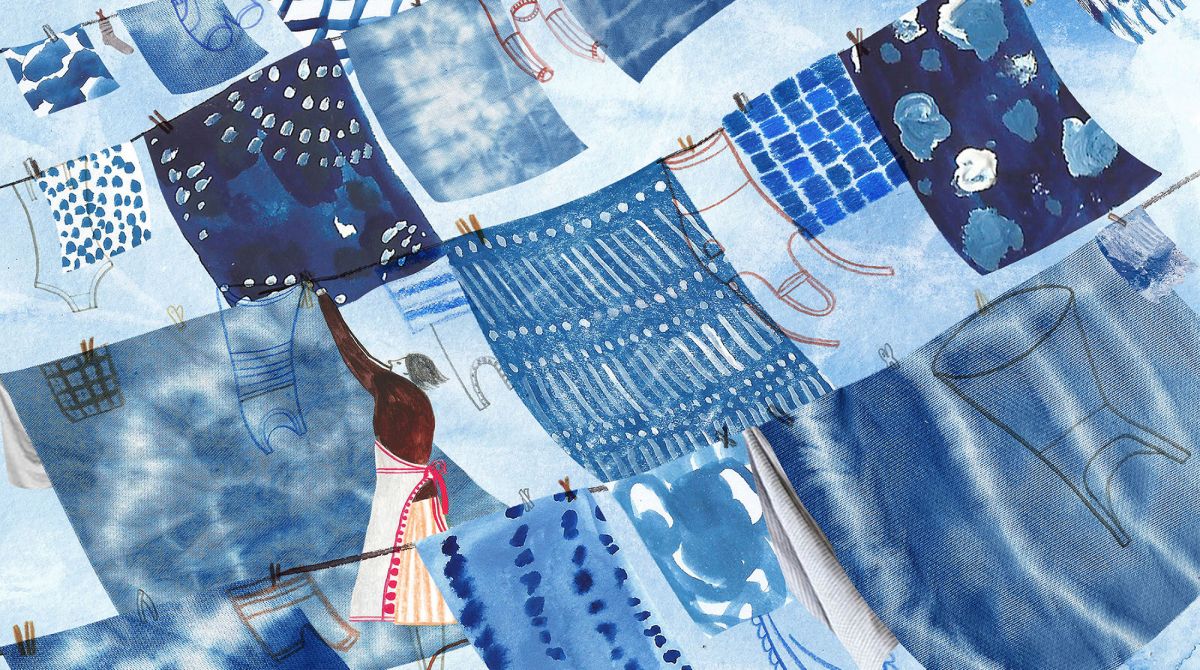 An international masters student from Kingston School of Art has won several coveted awards for his illustration work.

Jiatong Liu's Blue Things picked-up a Bronze Cube in The One Club's global Young Ones Student Awards, one of the world's most critically acclaimed competitions for design students. Blue Things also received a silver medal in the 3x3 Magazine International Illustration Annual Awards, a publication devoted entirely to contemporary illustration.

The illustrations explore the colour blue and the different meanings it has developed over time using a variety of materials including watercolour, gouache paint, and colour pencil. Jiatong underwent extensive research to produce a non-fiction picture book designed to educate older children on the colour's turbulent history.

"During the Roman Empire blue was an unpopular colour. It was associated with lower class and blue eyes were seen as unflattering and shameful," Jiatong explained. "Blue is my favourite colour and I wanted to tell the story of how it went from being a hated colour to being valued and loved, developing different meanings over time by various cultures including spirituality, purity, and bravery." 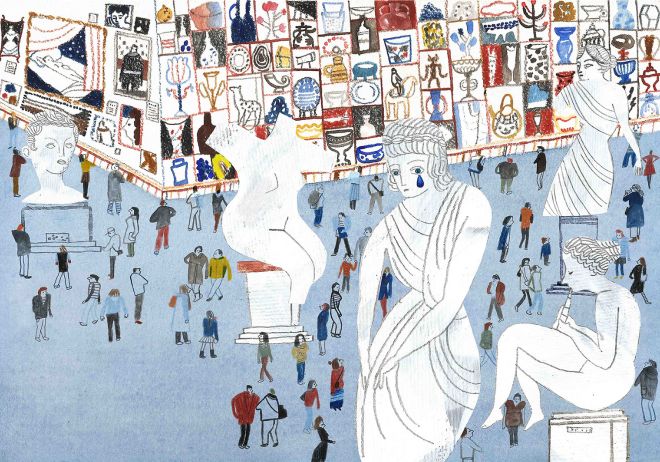 Jiatong's Blue Things explores the connotations of the colour blue during the Roman EmpireOne of the pictures in the book features a Roman statue with a blue teardrop which portrays the Romans' perceptions of blue eyes, Jiatong explained. "If a baby was born during Roman times with blue eyes it was seen as a bad omen. They thought blue was the colour of the devil," he said.

The meaning of the colour blue took a pivotal turning point during the 13th century when people learnt how to extract blue dye from woad leaves, Jiatong explained. "It became a luxury commodity, and it was associated with people of influence and power including kings and knights", he said.

Dr John Miers, lecturer of the Communication Design: Illustration MA course, was part of the team that supervised Jiatong's Blue Things project and commended him on his success. "Blue Things is a great example of how you can take quite a simple research question which, in the end, manages to demonstrate a substantial amount of research and takes on several layers," Dr Miers said.

"Jiatong conducted cross-cultural analysis, looking at the meaning of blue across different cultures. He looked at its symbolisms in historical art, including during Picasso's Blue Period, and even investigated social references, looking at the financial cost of producing blue dye and how this led to it being associated with a higher social status. His project demonstrates that illustration practice is a form of research itself which is something we emphasise at Kingston School of Art," Dr Miers added. 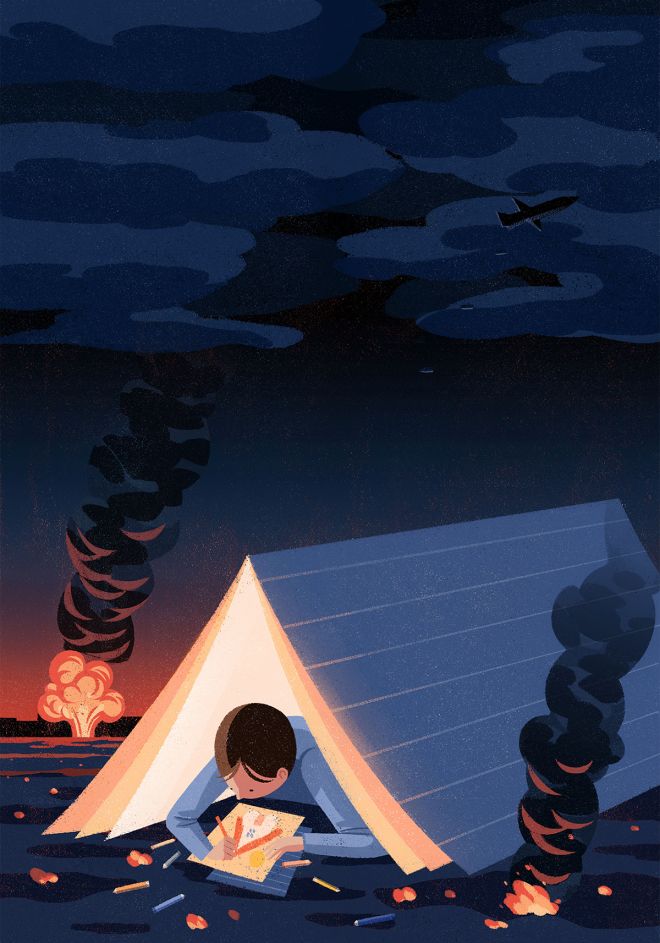 This illustration called Paper and Pen explores how a simple paper and pen can provide a form of escapismThe graduate, from China, is in talks with a Chinese publishing company about Blue Things and hopes to produce a second book looking at the history of the colour white, and maybe even a series.

The illustrator was also a winner in the Young Ones Portfolio competition, for which he submitted eight pieces of work to a panel of industry professionals. This included Blue Things, another illustration he produced for his masters, and several personal projects he carried out in his spare time.

One illustration in the portfolio, called Paper and Pen, was inspired by Jiatong's love for writing poetry, a new hobby he took up during the Covid-19 lockdown. "I realised that I felt alive with a simple paper and pen – that inspired me to think about a series that looks at what a paper and pen means to a child and how it can provide escapism," Jiatong said. "One of the pictures in the series features a young kid escaping a war by drawing. I wanted to show how using a paper and pen can allow you to escape into your mental world and ignite your imagination," he added.

The student credits much of his success to the teaching and guidance of his tutors. "My tutors have always been really supportive whilst encouraging me to take risks and to not limit myself. Without my tutors, I would not have been able to produce my major project – Blue Things," Jiatong said.