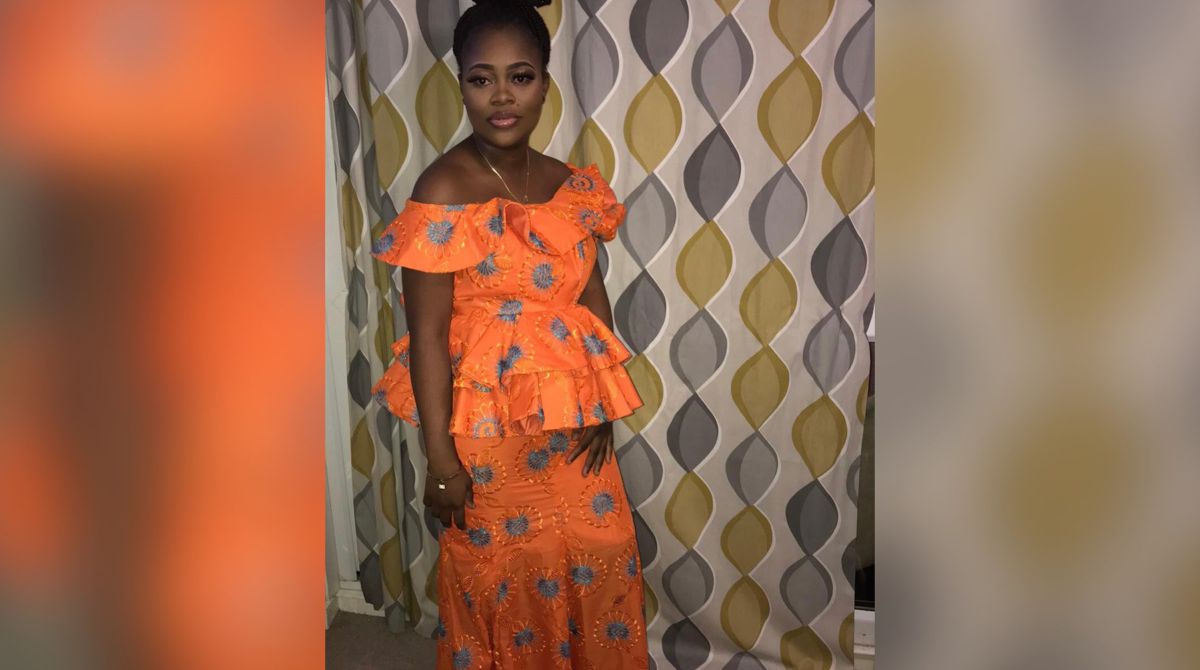 Zainab Sillah joined Kingston University after moving to the UK as an unaccompanied minor.

After losing her mother and giving birth to a baby girl in her teenage years, Zainab Sillah decided she wanted to make a better life for herself and move to England from her native Gambia. Upon arrival in the country, with her daughter following her as soon as she was allowed to, she was placed into care as an unaccompanied minor. Just seven years later, she is about to graduate from Kingston University with a degree in Working with Children and Young People: Social Pedagogy.

"Even when I was growing up in Gambia and didn't have the means to go to university, it's always something I knew I wanted to do. I had the passion to work in healthcare as a nurse or a social worker from a young age," Zainab recalled when reflecting on her childhood goals.

The now 22-year-old had a challenging start to life in the United Kingdom after the hostel she was originally placed in closed shortly after her arrival, which resulted in her being taken to a foster home in Putney. She spent three months there before moving to independent living in Sutton. "It was stressful and challenging because I was new to the country and was nervous and scared of moving from one place to another and not understanding the system – it was completely different from what I was used to in Gambia," she said.

Zainab used those experiences to help her through her studies at Epsom's Nescot college before applying to Kingston University, where she knew a couple of her fellow care leavers were studying. "I researched all about the University and some of my friends, who I know from the care system, told me all about Kingston and the support they received during their studies," she said.

Her original plans to study adult nursing at Kingston, the course she was accepted on to for 2018 entry, had to be altered when her four-year-old daughter was finally allowed to join Zainab in the UK from Gambia. "I was so happy to have my daughter move in with me but I knew I couldn't continue doing the same course as well as bringing her up and it terrified me I could lose this opportunity."

The single mother reassessed her options and, adamant she didn't want to take a gap year, decided to go through the University's Clearing programme. "I could have taken a year out but I feel like I would never have returned to education – it was now or never. I knew with the Working with Children and Young People course it opens so many doors and careers, so it was no brainer," she said.

Zainab's first year went smoothly but another curveball was thrown in her second year when she fell pregnant and the Covid-19 pandemic hit. "It was one hell of a challenge having to raise two kids and homeschool my eldest as well as doing my studies, but the University were so supportive. They gave me extensions on assignments and some great feedback on my drafts, while I get some hugely helpful financial support from the KU Cares scheme," she said.

Course leader for Working with Children and Young People: Social Pedagogy, and Zainab's personal tutor Yvalia Febrer said the student had been fantastic all the way through her time at the University. "Zainab's a team player and has really made a valuable contribution to the course. She's one of the calmest students I've ever had, no matter what is thrown at her, and received some amazing feedback from her placements – particularly when she worked at a children's centre in Sutton," she said.

Zainab, who was also diagnosed with dyslexia on arrival at the University, has overcome all the adversity and is now set to graduate this Summer, planning to use her own personal experiences to be the best social worker she can. "Being in care struck me so much that I want to give the help I received back and support people coming into care because I've been there and had that experience. I know what it's like being from a different country and not having any family so I really feel I can help others in similar situations," she said.

The Clearing student has urged those unsure of applying to university to take the opportunity and said her experience of Clearing was seamless. "If university is really what you want to do, I'd say go for it and apply. It was the best decision I've ever made and I don't know where I'd be now if I hadn't have come to Kingston – it's a great university and the staff really support the students to make sure they get the grades they deserve. If you're going through Clearing, don't be afraid to give them a call – they were so helpful," she said.