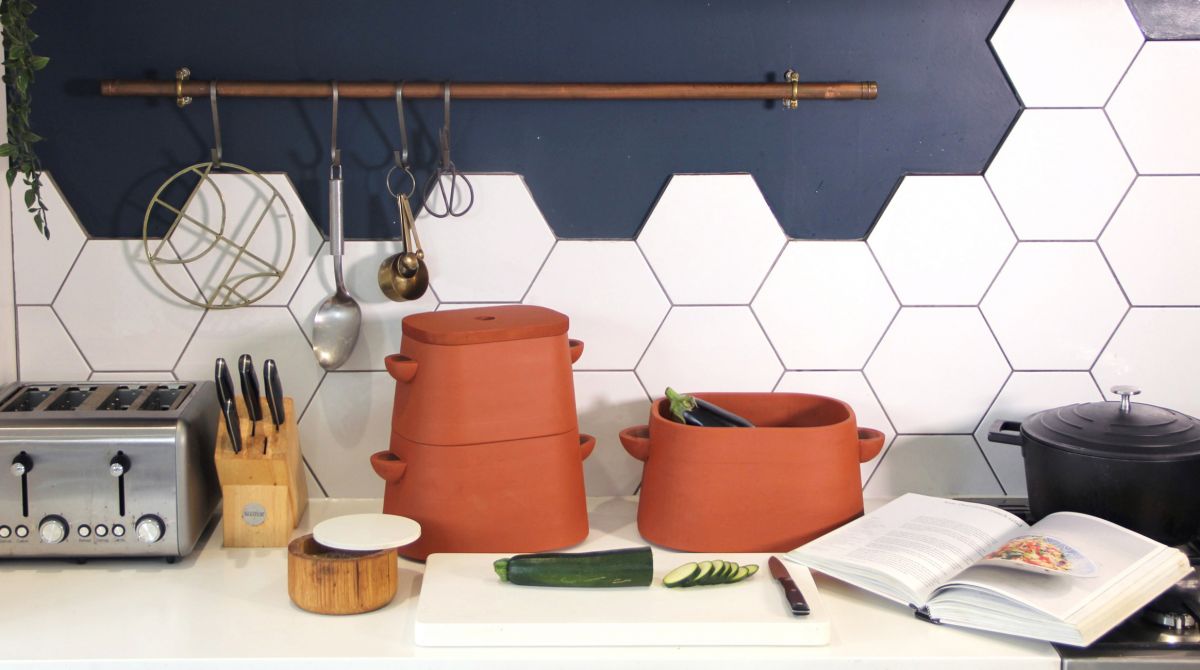 Two final year product and furniture design students from Kingston School of Art have won a coveted New Designer Award, beating off stiff competition from thousands of fellow students across the UK.

Ellie Perry has won The John Lewis & Partners Award for Design and Innovation for her sustainable alternative to household fridges, while Cameron Rowley picked up The Conran Shop and The Marandi Foundation Designer of The Future Award for his forward-thinking One Step Ladder.

Celebrating design talent, the awards are widely recognised as a valuable springboard for students to launch their careers, providing mentoring and internships with the partnering brands. 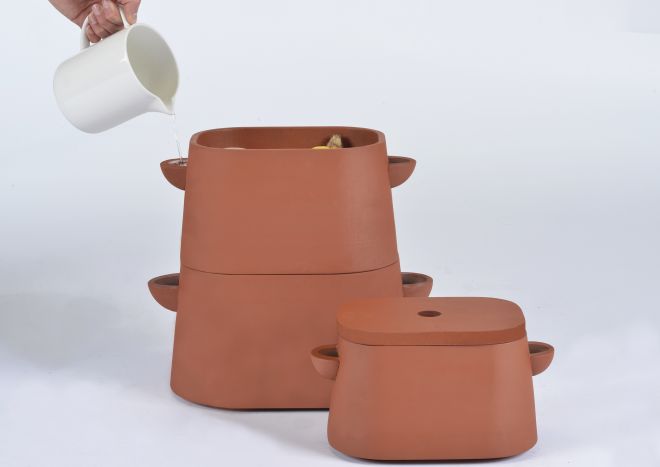 Terracooler works by adding water to its compartments, cooling the food as the water evaporatesTerracooler, designed by Ellie Perry, aims to resolve modern day energy consumption and food waste by providing an alternative to household fridges. The product was designed in response to her own research that highlighted the UK produces 14 million tonnes of food waste each year and 10 per cent of household energy is consumed by fridges.

"I wanted to look at a way to resolve both these issues", Ellie explained. "I began looking at zeer pots, which are made from terracotta and have been used to cool food in rural Africa for centuries. Terracooler is a modern take on zeer pots using a ceramic moulding technique called slip casting. The terracotta absorbs the water over time, cooling the food as it evaporates with three compartments for vegetables, fruit and dairy."

The product is also designed to raise awareness of waste habits, Ellie explained. "Its size is intended to make the user think about how much they should be storing at one time to limit waste. It is not big enough to store loads of food that you can forget about." 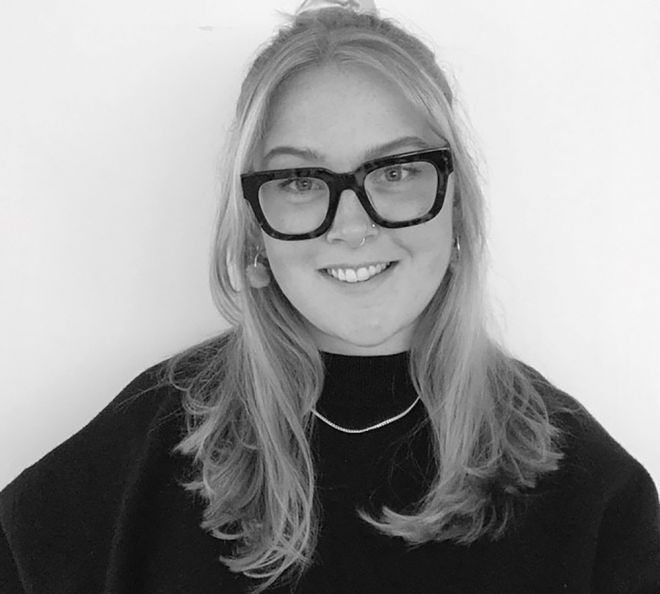 Ellie was awarded £1,000 and will spend a day with the John Lewis & Partners product design team. She intends to use the prize money to develop her product further and has already received interest from consumers.

The ambitious graduand, who hopes to set up her own pottery studio in the future, thanked course lecturers for encouraging her to pursue her dreams. "I would not have been able to produce this project without the support of my tutors. They were very supportive of the fact that I wanted to specialise in ceramics and really pushed me to see the full potential of Terracooler," she said. 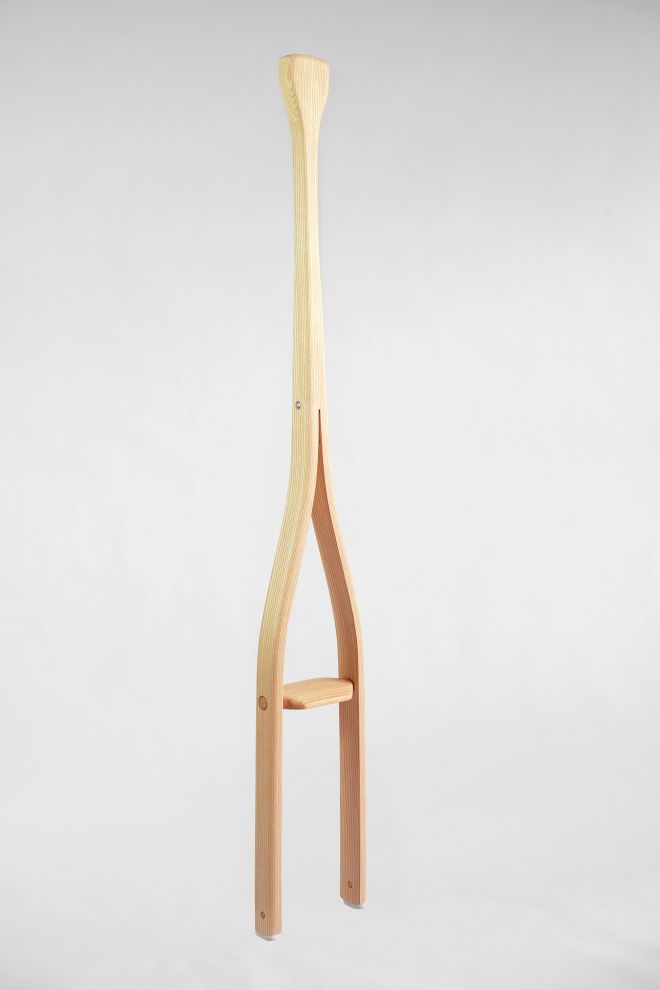 The One Step Ladder makes it easier to reach high places using a single stepAnother student recognised at the New Designer Awards was Cameron Rowley with his One Step Ladder. The idea was born from his observation that when using step stools and ladders around the house it is usually for a brief moment and with only one step. "The object aims to facilitate that behaviour while maintaining a smaller footprint for storage. I wanted it to be easier to use than a traditional step ladder and for it to be small and easy to store away," Cameron explained.

The ladder took inspiration from everyday objects, Cameron explained. "I'm very interested in objects of use, tools that we use every day. Many are very functional yet beautiful. I wanted my object to have those characteristics," he said.  "Looking at how shovel handles are manufactured, I was able to make the ladder's body from one single piece of air-dried ash from top to bottom rather than two separate pieces, like a traditional ladder. This makes it easier to hold onto and move around," he added.

Judged by a panel of notable designers including Lord Norman Foster and The Conran Shop's Chief Creative Officer, Stephen Briars, the One Step Ladder was praised for its functionality and elegant design. 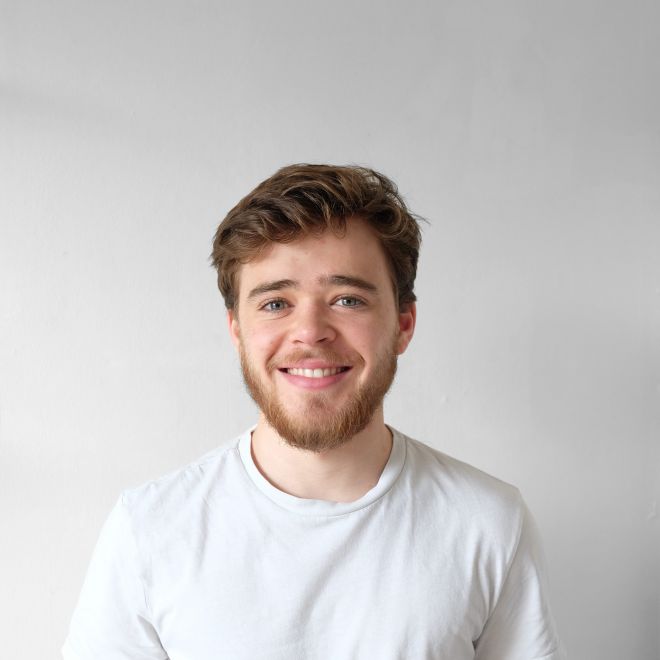 The student is looking forward to gaining the industry experience after he graduates this summer. "Being offered an internship with a well-respected brand like The Conran Shop is a huge opportunity and will be extremely valuable to help launch my career," he said.

BA (Hons) Product and Furniture Design course leader Phillip Davies praised the students on their success. "Both Cameron and Ellie have excelled at coming up with innovative products that provide a solution to common household problems and facilitate the user experience. We are incredibly proud of their achievements and are excited to see what they do next," he said.