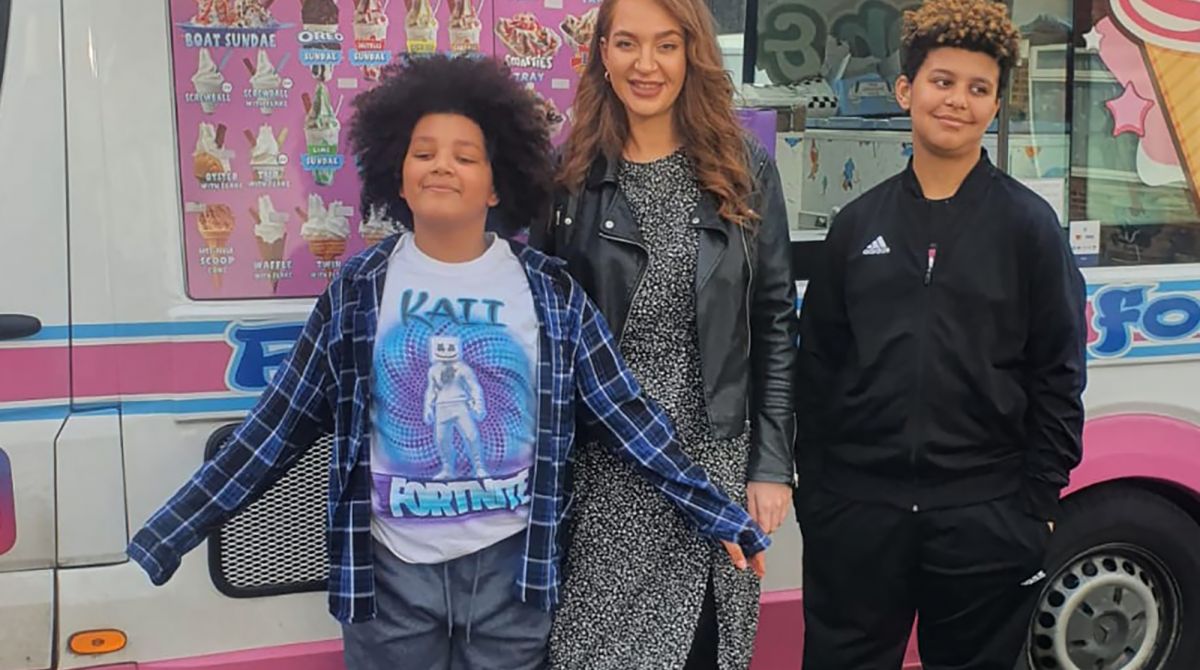 Stephanie Bader, a single mum of two, started her journey at Kingston University having secured her place through Clearing. Three years later, she has graduated with a first class honours degree in working with children and young people and is set to start the postgraduate Master of Social Work course in the next academic year.

When Stephanie started her degree in 2018, three years felt like a long commitment in addition to taking care of her two sons, one of whom has additional needs. Little did she know, Stephanie would be faced with navigating the Covid-19 pandemic which also meant juggling home schooling on her own.

Looking back, the 33 year old admitted it hasn't been easy but said she was grateful for how everyone pulled together to support one another. "It was incredibly tough but the lecturers were so understanding. A lot of them have kids themselves so you could sometimes hear their kids in the background too. It was really nice knowing you were not going through it on your own," she said.

"My kids and I weren't allowed to see other people for quite a long time at the start, so it was really nice to see my classmates, even if it was virtually. There were days where I would log onto Microsoft Teams with another classmate and we would do our coursework together, as though we were in the classroom or library. It really helped us get through each day," she added.

Her two sons, 12 year old Amari and Kaii, aged 11, played a key role throughout her time at Kingston University, with Stephanie describing them as her biggest cheerleaders. This was reinforced by Kaii's words of appreciation about his mum. "I'm so proud of my mum. She takes care of everything for us each day and also manages to find the time to study and work," he said.

Stephanie credits much of her success to the encouragement she received from her course leader. "Our course leader, Yvalia, is incredible. She was always on the other end of the phone when I needed her and felt more like a friend than a lecturer. It made such a huge difference - having this kind of support brings out the best learner in you when you have someone saying, you can do this," she said.

Alongside her studies, Stephanie worked part-time in the Young Carers' Project team at Kingston Carers' Network, a charity which supports the needs of young carers in the borough.

In the future, she would like to take up a social work role where she can continue to support young people. "I have a particular fondness for the 16 to 21 year old age group. I adore every session I do with them for the charity. You can have such an impact and guide them with where they are going in life. It's not comparable to anything else," she explained.

The commuter student, from Chessington in Surrey, is looking forward to starting her masters degree in social work in September. "I've met some really exceptional people during my undergraduate course," she said. "The wealth of knowledge of the lecturers is really impressive. Many of them have worked as social workers and to hear about their experiences in different fields, and the support they have given to people, was eye-opening and inspirational. It made me realise that social work will get me to where I want to be, helping the people that I want to help," she added.

Course leader for Working with Children and Young People: Social Pedagogy, Yvalia Febrer commended Stephanie on her success. "Stephanie has always been a fantastic student. It has been wonderful to see her flourish and remain so committed to the course in very challenging circumstances. She has a real passion for working with young people which she has demonstrated through her charity work and I know she will go on to achieve great things as a social worker," she said.

For students considering applying through Clearing, Stephanie gave some words of encouragement. "If you are contemplating applying through Clearing, just don't wait because that first year goes by so quickly. You could have finished your first year at university instead of waiting to start. I don't know where the three years has gone, it's been so quick but so enjoyable and I'd do it all again," she said.