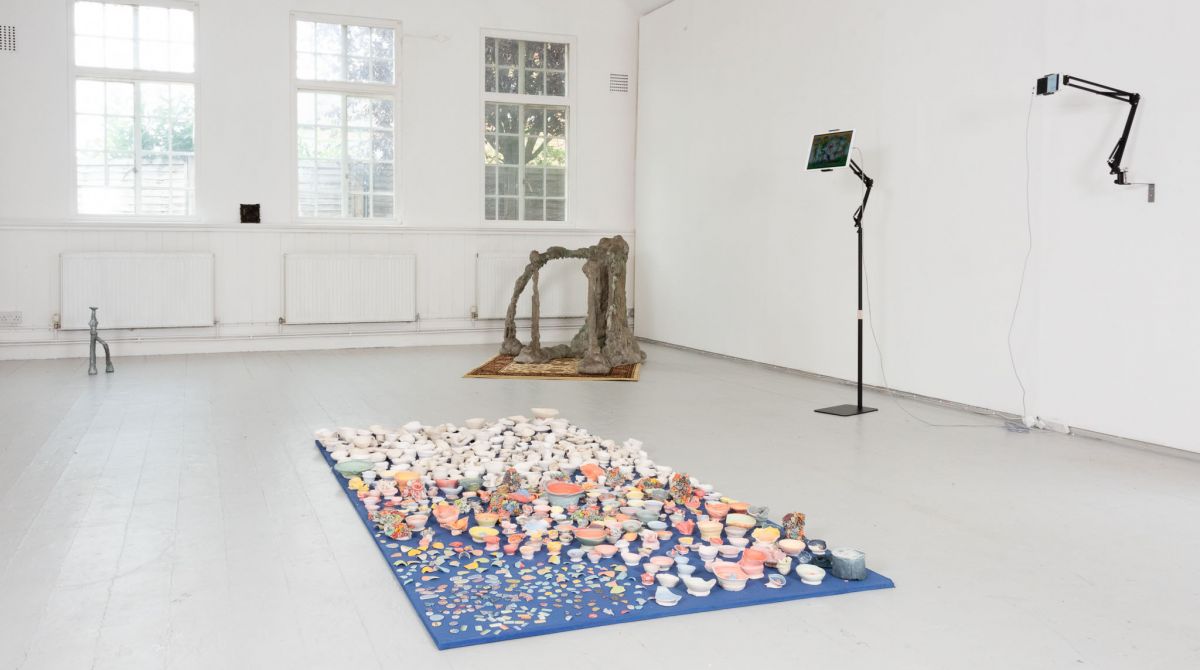 The MFA Fine Art graduates produced a show that brought the group back together after the pandemic lockdowns.

Kingston School of Art's MFA Fine Art students have came together to celebrate the completion of their final projects with a show celebrating the end of a period of artistic isolation during the coronavirus pandemic's national lockdowns.

Following a challenging year of restrictions, the students have had to adapt their practices with the intense and solitary nature of producing art during a pandemic reflected in their output. The eight students displayed a range of styles, practices and techniques, including sculpture, painting and video installation. They will be exhibiting their work from 23 September at the Swan Studios, a former pub also known as the Centre for Useless Splendour – so named by Turner Prize winner and Kingston School of Art Professor Elizabeth Price – opposite Kingston School of Art's Mill Street Building.

After relearning how to collaborate, and rethinking the very idea of an exhibition, the students have showcased a series of reflective and outward looking projects in the spirit of solidarity, community and defiance. Work generated at home and in temporary studios was transported back onto campus in preparation for a degree show. 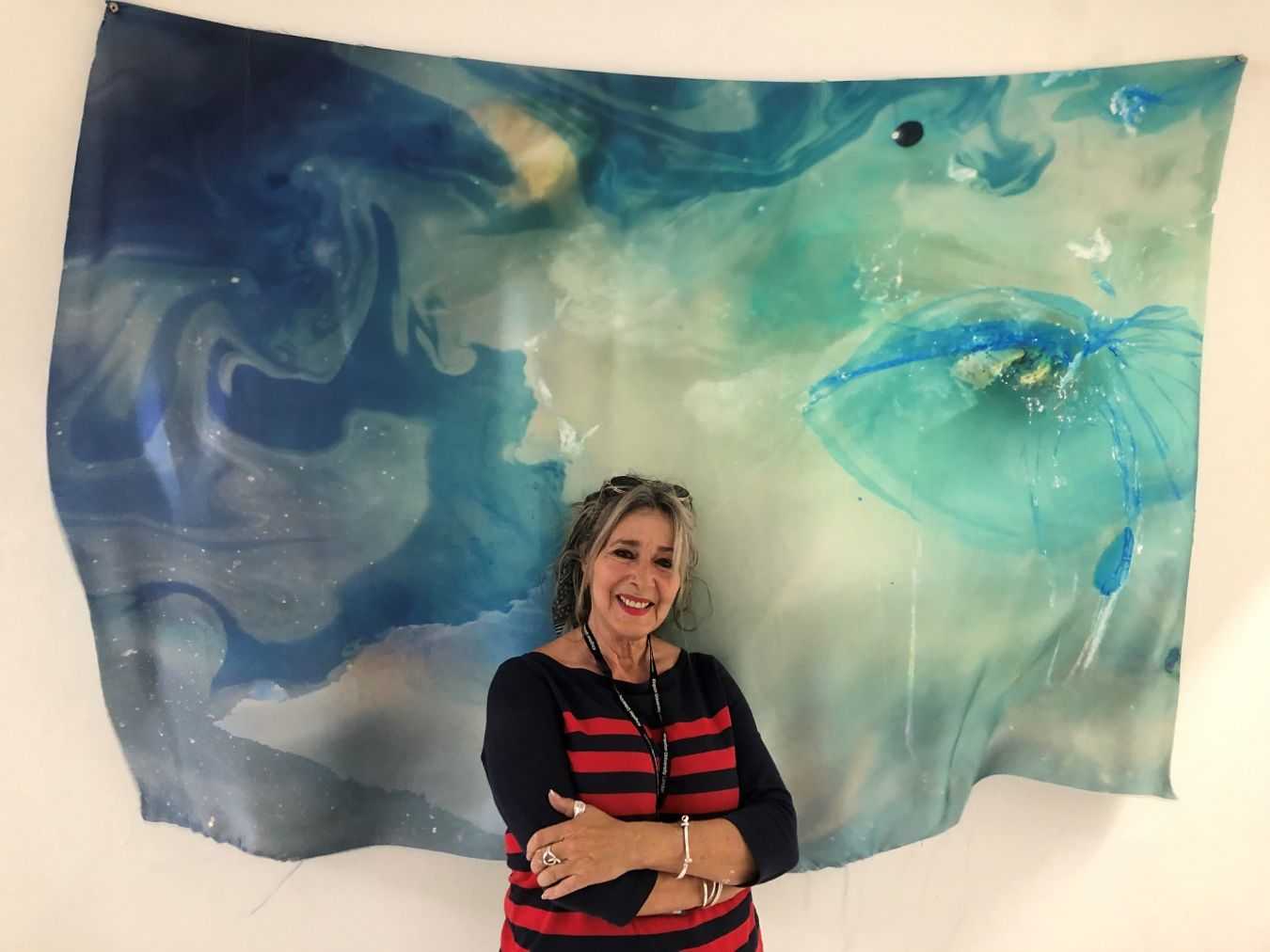 Lyndsay Russell's otherworldly pieces come together on her houseboat on the River Thames, using trays of water, from which the paint and ink is then transferred on to paper.

Among the artists is Lyndsay Russell, who produces artwork from the interaction between water and a variety of paint, ink and other substances. The otherworldly pieces come together on her houseboat on the River Thames, using trays of water, from which the paint and ink is then transferred on to paper. "It is said that boats have souls" said Lyndsay who lives in Kingston upon Thames. "When I'm working the boat moves due to the river traffic and I feel like we are working in partnership, it's not just me moving the trays, then I use tools to tease, it's kind of a collaboration with the boat."

The work is inspired by Stanislaw Lem's novel Solaris, co-incidentally also the name of her houseboat, which tells the story of an astronaut's interactions with a huge ocean-sized organism. The resulting images, presented without any further digital enhancement, evoke both the enormity of space and the depths of the oceans, both vast and full of wonder.

"It's like creating my own mini universe in a tray of water," she explained. "In my first year I was producing giant space paintings of dark matter and now I'm making pictures of the water than evoke space. The energy and gravity in space affects water in the same way, the waves in water are similar to gravity waves moving through space."

Other work at the show included visual artist Paula Wilkins' abstracted collages based on religious and cinematic imagery. Some of the pictures are transferred on to a malleable foam, which emerges, from the wall on which they are hung, indicating a pressure contained within the work resulting from the pandemic and lockdown. 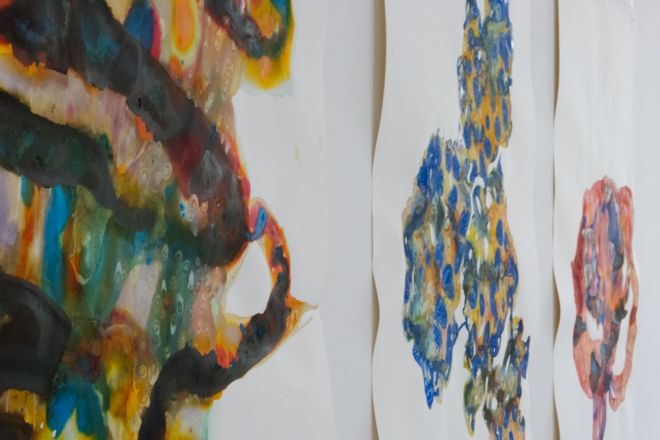 The work was displayed at Kingston School of Art's Swan Studios.Brazilian artist Gabriela Pitanga uses watercolour, inks, acrylics on large sheets of paper as part of her daily ritual of producing work. Her bold and vivid pieces are created through a political lens informed by black and intersectional feminism. While Chinese artist Little Red's work is based on productivity during the lockdown and lists she produced of 100 daily tasks she gave herself as a target to get through the period. This included creating sculpture and painting to more everyday tasks like journaling and cooking.

Joint course leader Roman Vasseur said the show celebrated the community of artists built by the course, and highlighted the resilience and ingenuity of this year's cohort. "The artists haven't really had a chance to show their work to each other, they've been working from home so the work is quieter and more reflective which has resulted in a restrained and elegant show," he explained. "The work is in conversation with the world but hasn't had the chance to be interact with other individual artists. It has resulted in different work but ultimately this show has been a collaborative effort and demonstrates the comradery of the artists who created it." 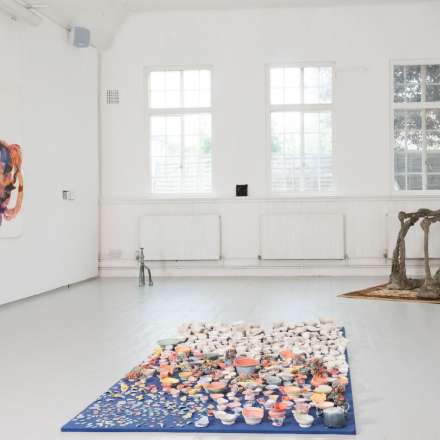 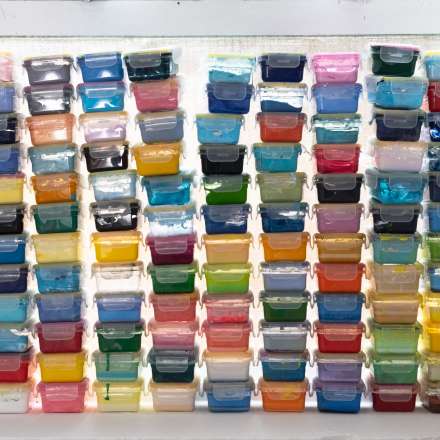 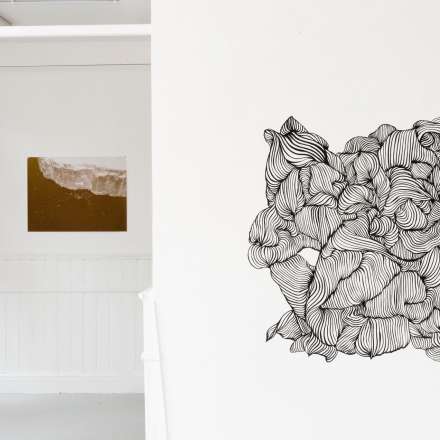 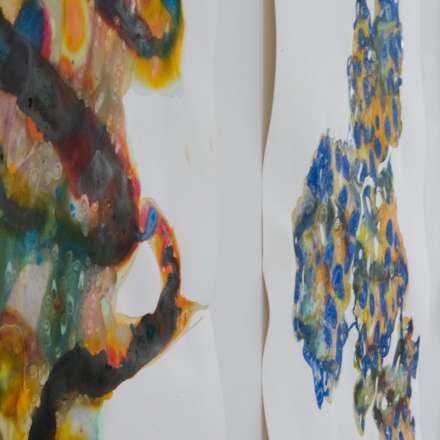 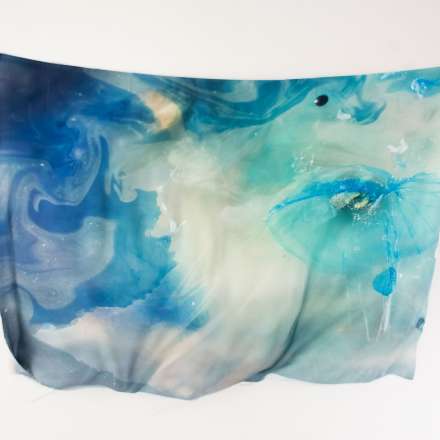 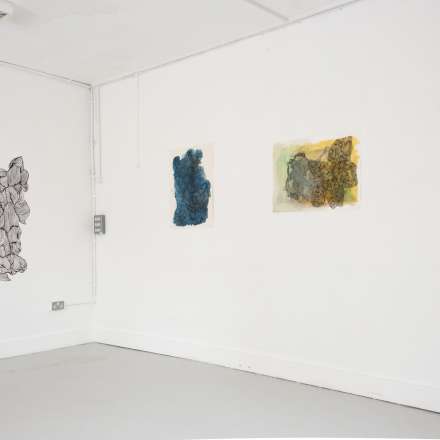 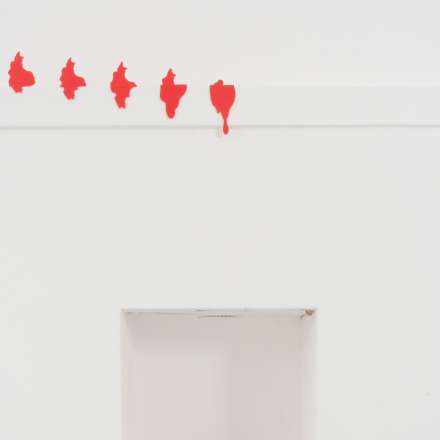 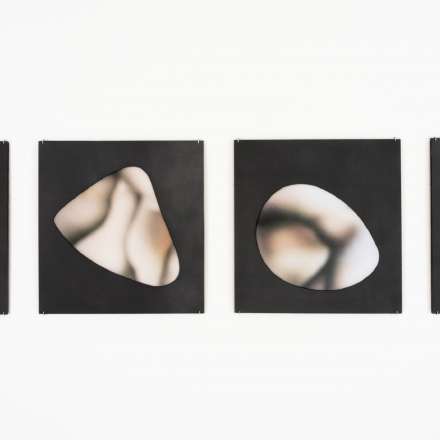 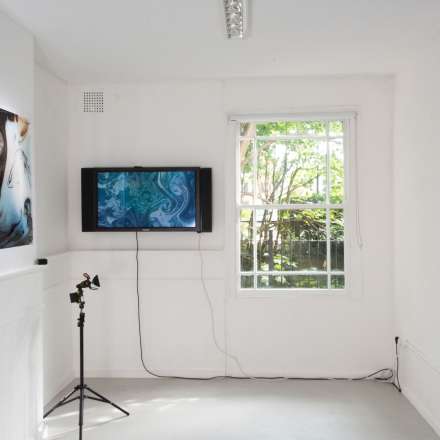 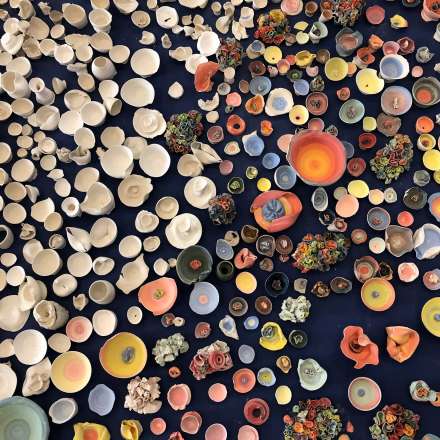 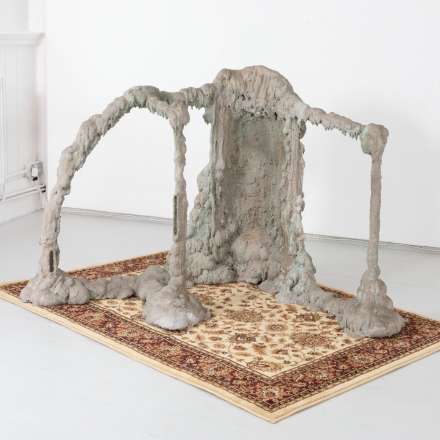 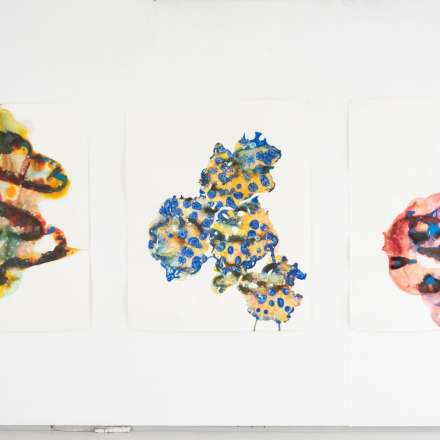 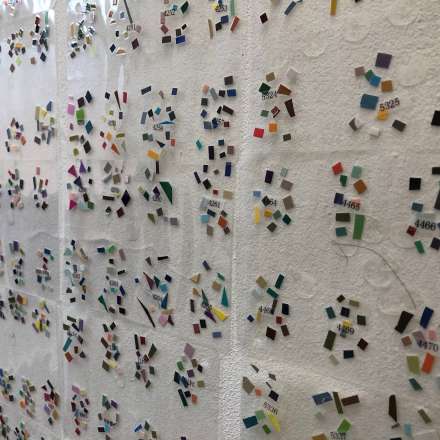 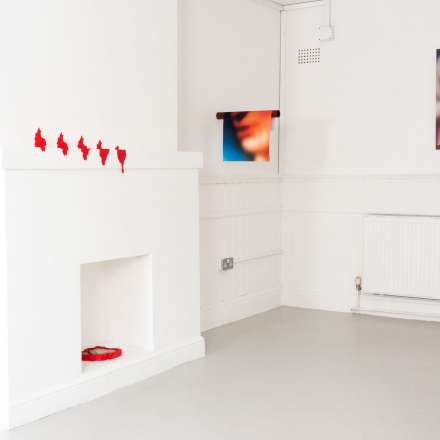 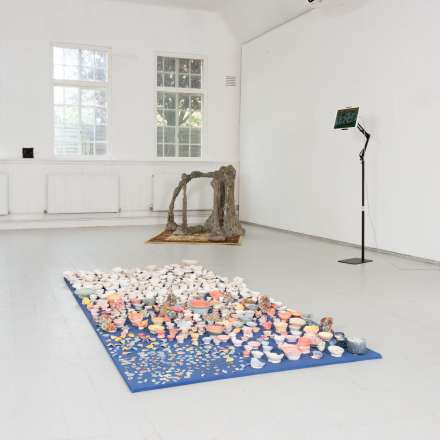 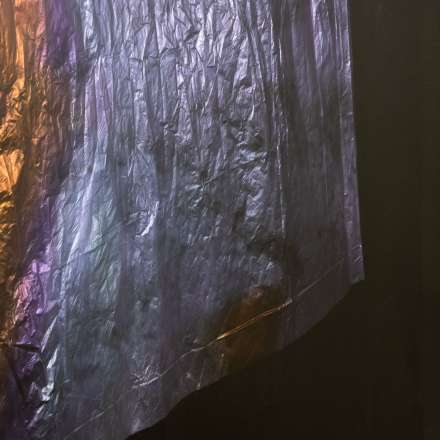