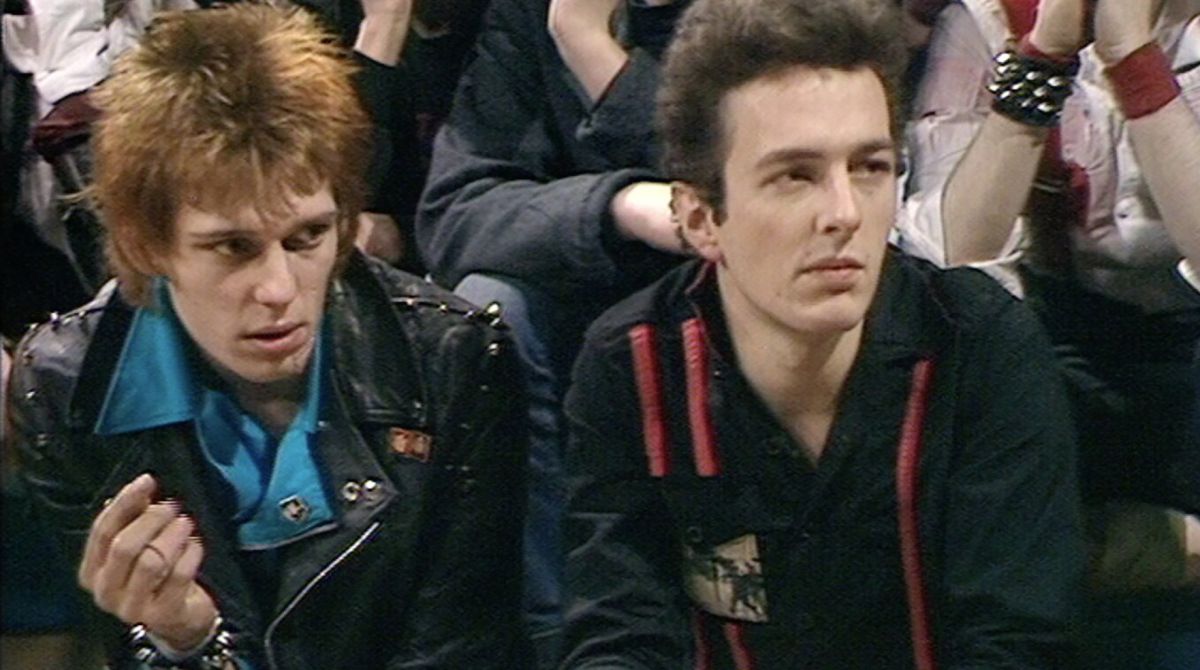 The Make Film History project will give 50 young filmmakers access to 150 films from BBC Archive to creatively reuse in short films. Image: Something Else (1978) © BBC Archive .

Young filmmakers will be given access to 150 films from BBC Archive to creatively reuse in short films in a project led by Kingston University. The Make Film History project, funded by the Arts and Humanities Research Council (AHRC) in collaboration with BBC Archive, will see 50 new films created by young filmmakers aged between 16 and 30.

Organised to mark the BBC’s centenary, the AHRC’s new public engagement fund, in partnership with the BBC and the National Science and Media Museum in Bradford, will support seven projects working with communities to explore their connection to the BBC and the BBC’s role in cultural life.

One of the newly announced initiatives is the Make Film History project led by Kingston School of Art Associate Professor and Head of the Department of Film and Photography, Dr Shane O’Sullivan.

Fifty young filmmakers across the United Kingdom will create short films in response to a curated selection of BBC films in the Make Film History collection, uncovering the forgotten histories of underrepresented communities. The six-month project will run from June to November 2022 with the filmmakers receiving mentoring from a professional filmmaker as well as an opportunity to showcase their films via local public screenings and on BBC platforms.

Workshops in Belfast, Glasgow, Leeds/Bradford and London will support the filmmakers to discover archive films to inspire their creativity and tell their stories. The themes of the archive films include the environment, mental health, youth culture, immigration and the Black British experience.

The new funding award builds on more than five years of work by Dr O’Sullivan and his team that has seen leading archives at the BBC, the British and Irish Film Institutes and Northern Ireland Screen open up access to their content for student filmmakers. The Make Film History team have run engagement events in primary and secondary schools as well as universities across the country. They have also collaborated with regional film festivals to provide training programmes for young filmmakers and a platform to screen the resulting films.

Make Film History has already been recognised for its trailblazing work and was awarded the FIAT/IFTA Archive Achievement award in 2021. The panel said the project had put a spotlight on the value of audio-visual archives, increasing visibility and exploring new ways of its exploitation by targeting specific user groups.

“We hope to see films that are inspired by the archive to explore contemporary themes from a new perspective,” Dr O’Sullivan said. “This archive collection is a great starting point for generating ideas. The curated list of 150 films offers a diverse and inclusive range of themes for young filmmakers to respond to and the opportunity to promote the resulting work on BBC platforms is a great showcase.”

Curation was an important part of the process, with Dr O’Sullivan carefully compiling the films on a variety of contemporary themes. “Films were chosen to resonate with young people,” he explained. “We focused on themes like the Black British experience, teenage life, pop culture, different waves of immigration from the 1950s to 1990s, and career choices in various decades of British life. The BBC team also curated a selection of films about the environment, neurodiversity and cultural diversity.”

Dr O’Sullivan said he was delighted to further develop his collaboration with BBC Archive, adding that the use of archive material democratises the filmmaking process. “The creative reuse of archive material gives young filmmakers the opportunity to work hands-on with the past and explore family and social history in their own voice and style.” he said. “I’m looking forward to seeing how this new generation of filmmakers reinterpret these archive films and interweave images from the past and present to offer a fresh perspective on these themes, informed by film and social history.”