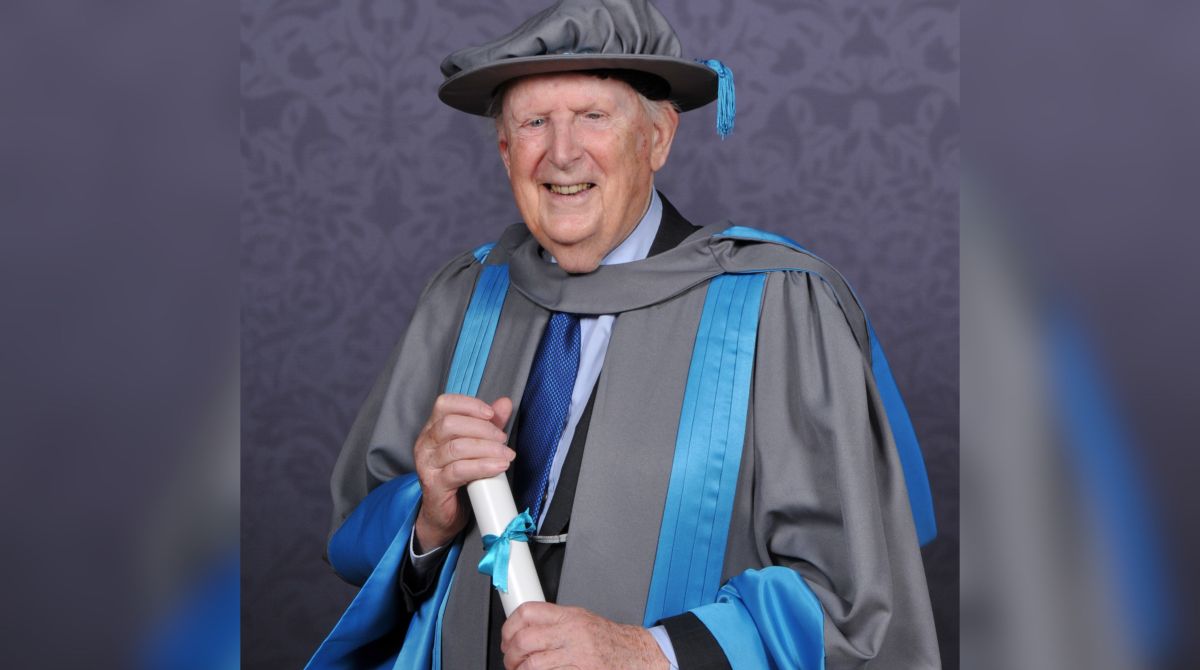 An 85-year-old Member of the House of Lords has collected a PhD from London's Kingston University, proudly declaring that no one is ever too old to keep learning.

Martin Thomas, The Lord Thomas of Gresford, celebrated his achievements with wife Baroness Joan Walmsley at Twickenham Stadium, which has been playing host to Kingston University graduations for the first time, honouring students who had their ceremonies delayed due to the pandemic.

Currently Liberal Democrats shadow Attorney General, he was appointed to the House of Lords on the nomination of then Lib Dem leader, the late Paddy Ashdown in 1996. He decided to embark on a PhD following a chance conversation with a University academic. "I was talking to the University's Professor of Publishing, Dr Alison Baverstock, with whom I sing with in the Parliament Choir, and mentioned a book I'd written for which I'd put a tremendous amount of research," Lord Thomas recalled. "Having read it, she suggested I should apply for a PhD. Because I'd done 17 years of work on it, she thought it deserved to be considered."

The idea appealed to him so much he enrolled at Kingston University, with Dr Baverstock as his supervisor and with further support from Associate Professor of English Literature Dr Karen Lipsedge. The PhD and now published book, entitled My Dear Hamy: Insights and Intrigues at the Court, Caroline Princess of Wales, focuses on the lives of three women who played their part in royal circles in the late 1700s and early 1800s – Princess Caroline of Brunswick (wife to the Prince Regent), their daughter Princess Charlotte (then presumptive heir to the throne) and Caroline's privy purse, Anne Hayman.

The story looks at Caroline's dysfunctional marriage to the Prince, later King George IV, her failures of motherhood of Charlotte, her trial for adultery at the bar of the House of Lords and her brave, but failed attempt, to be crowned Queen in Westminster Abbey.

Born in Wrexham, the newly designated city in North Wales, Lord Thomas now lives in the nearby village of Gresford. Whilst browsing during a visit to London's Reform Club Library, he first spotted the historical connections to his home that sparked the journey to his PhD. "I happened to pick up a book about the life of Princess Charlotte and in it there were copies of letters from around 1810 headlined Gresford – they were signed by one A Hayman. I knew the person who built my house in Gresford in 1806 was Anne Hayman, so I was naturally very interested in finding out more," he said. 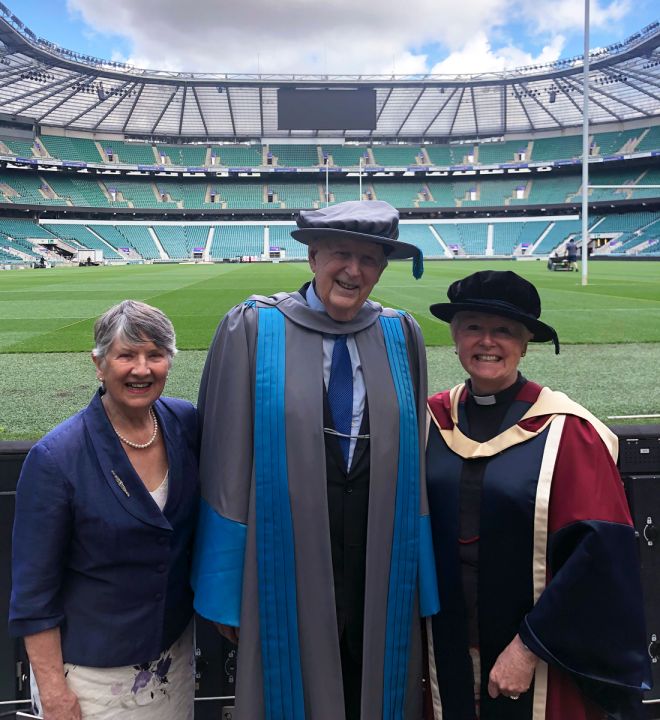 He subsequently traced more correspondence between Caroline and Anne in the Royal Library at Windsor Castle, with further research taking him to the National Libraries in Scotland and Wales, the National Archives in Kew, West London, and many county archives and university libraries across the UK and the US, as well illustrations from places including the National Portrait Gallery and the Louvre.

These shed more light on the life of Princess Caroline and her marriage, with the couple living separate lives after only a few months. They also detailed some of the liaisons Caroline enjoyed and how, when King George III died, she returned to England after scandalous years in Italy to claim her right to be crowned Queen alongside her husband. She had the doors of Westminster Abbey slammed in her face by the new King's servants. She died less than a month later in 1821, amidst rumours she had been poisoned.

Lord Thomas's most memorable moment researching the topic came when he unwittingly stumbled upon some letters between Princess Caroline, Anne Hayman and the Earl of Minto, a former Governor General of India, during a visit to the National Library of Scotland. "I requested to see some letters I'd discovered in the library's online catalogue and found myself handed a huge blue file with the caption ‘SECRET: PRINCESS OF WALES' emblazoned across it. Little did I know, I was about to uncover more than 100 fascinating previously unseen letters," he said.

With most of the letters proving difficult to decipher, he and his wife teamed up to unravel the contents. "The handwriting was appalling, so my wife and I stuck copies of the pages on the wall and studied them over breakfast to gradually work out what the scrawl revealed," he explained. "The letters were very intimate and gave a real insight into the politics and these royal personages at the time. Interestingly, the goings on then were considerably more eyebrow raising than present day royal headlines."

Lord Thomas's return to higher education at Kingston University has come after spending most of his career as a QC, working on criminal cases in the United Kingdom and Far East, including in Hong Kong, Singapore and Malaysia. He originally studied classics and law at Cambridge. He also had a parallel career in politics, standing for a seat in eight general elections between 1962 and 1987 and also twice to be President of the Liberal Democrats in the early 1990s.

Lord Thomas completed his PhD in 18 months and was awarded the degree without corrections following a Zoom viva with external examiners. "Lord Thomas uncovered an incredible alternative history to the one we have long absorbed about Caroline of Brunswick through his painstaking and highly original research. As a result of his work, the history of that period and King George IV's reign will need to be rewritten," his supervisor, Professor Alison Baverstock, said. "It was a privilege to work with Lord Thomas and we're enormously proud to see him graduate."

The father of four and grandfather of ten was accompanied to his graduation ceremony by wife Baroness Walmsley, with whom he wrote a novel during lockdown based upon an episode with the naval hero of the Napoleonic wars, Admiral Sir Sidney Smith, previously unexplored in Caroline of Brunswick's story. He took centre stage during the ceremony, delivering the vote of thanks on behalf of his fellow graduates to their friends, families, lecturers and the University – making sure he reminded everyone in attendance to never lose sight of the benefits of lifelong learning.