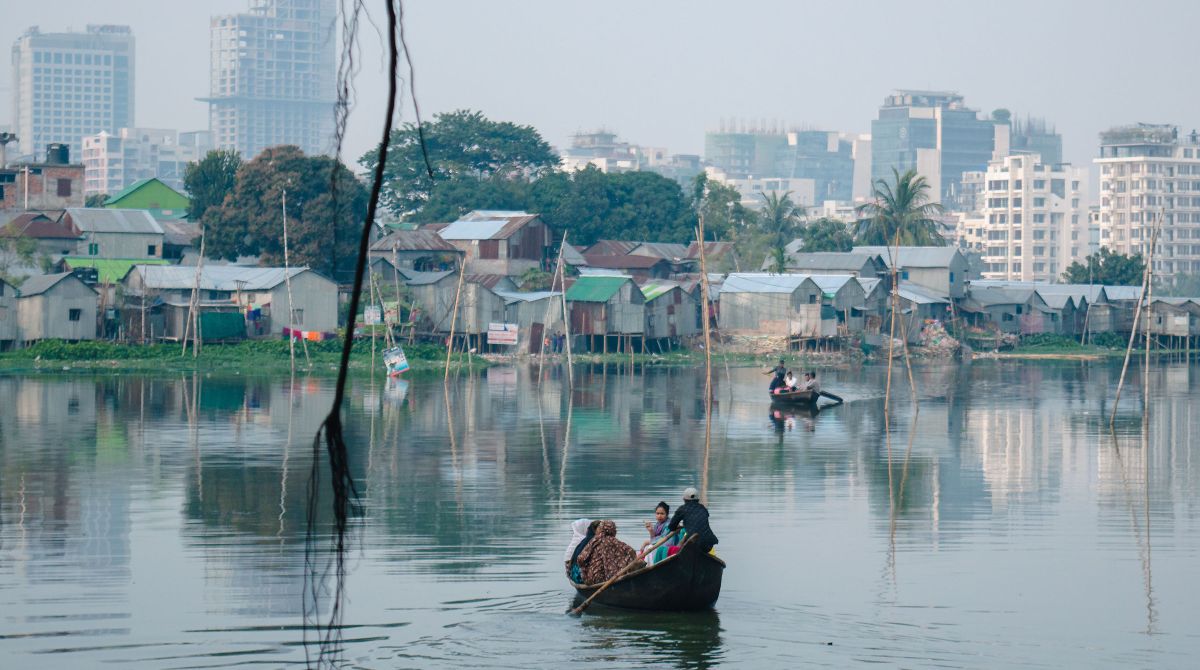 Bangladeshi women are spending up to 30 per cent of their household's income on vital measures to protect their families from the devastating effects of climate change, new research by Kingston University has found.

The developing country is frequently impacted by storms and flooding – as seen with the recent fatal flooding in the north-east of the country. Yet, in addition to the loss of life and impact on the population's health, environment and education, families are impacted financially, with women being the hardest hit.

The study, Still bearing the burden: how poor rural women in Bangladesh are paying most for climate risks, found that rural households spend, on average, 15 per cent of their income on adaptations to protect against flooding and storms, such as by raising floors. But for households headed by women, that percentage doubles.

Dr Eskander said the data was alarming because women in the region were already economically disadvantaged compared to men. "The cost of protecting against climate change is a huge percentage of total expenditure for female-headed households. This is a serious problem because women and other socio-economically disadvantaged people are often hardest hit by human-made disasters," Dr Eskander said.

"Women in these regions are traditionally poorer than men and have a lower diversity of income, but when disaster strikes, such as a flood or a storm, they must respond, and all of the options are expensive."

Dr Eskander said women in rural Bangladesh often have a traditional role of looking after their household and children, while their husbands can leave the family behind to find work. Market-based options like insurance and loans from commercial banks are not always available, so when there's a delay in relief, or relief is not available, households need to cover the cost personally or seek help from their extended families.

Thirty percent is a huge amount of a household's expenditure. We captured the economic losses in this study, but they would also experience non-economic losses, such as loss of education time, environmental losses, poor health and death," Dr Eskander said.

The recent catastrophic flooding in Bangladesh and India has highlighted how urgent action is needed on climate change, Dr Eskander said. Since mid-May, dozens of people have died and millions of people have been displaced in the worst floods north-east Bangladesh has seen in more than a century.

It is hoped that the findings from this research will help inform policy on climate response, Dr Eskander said. "The global phenomenon is women and minorities are disadvantaged on everything, including disaster response or climate response. Addressing their needs by developing local level capacity could speed up the recovery process," he said.

Directed help for households to make lasting adaptations to their homes was needed for all socio-economically disadvantaged groups living in fragile lands that are vulnerable to flooding and other disasters, the Kingston University researcher said. Increased support, at local government level, was also essential so organisations could respond quickly and minimise the environmental impact and loss of life, he added.

Sudipto Mukerjee, UNDP’s Resident Representative in Bangladesh, agreed that the poorest people were bearing the cost of climate change. “As in other climate vulnerable countries, it is the poorest in Bangladesh, with negligible carbon footprints and who can least afford it, who are bearing the bulk of the climate losses and adaptation costs. This amounts to gross climate injustice and hits at the heart of the fundamental rights of the poorest and weakest inhabitants of this ailing planet.”

The study, carried out in May 2021, surveyed 3,094 households in rural Bangladesh to assess their exposure to climate change and their spending patterns on reducing the risks of climate change.