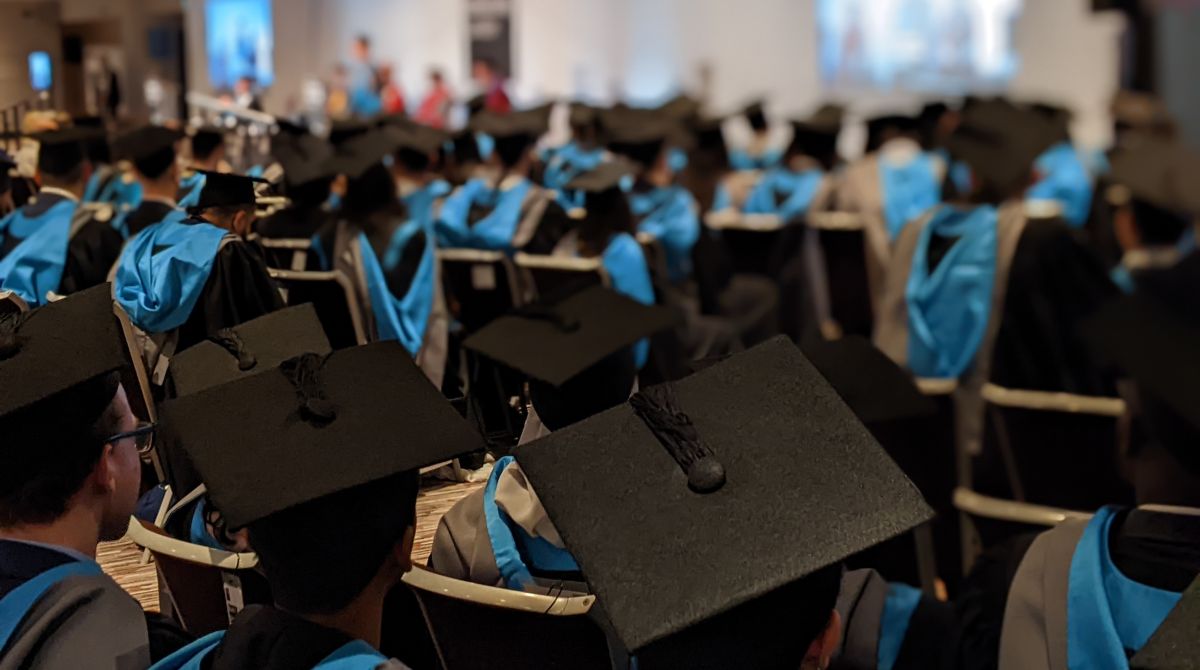 Thousands of Kingston University students will celebrate their graduation at the borough's Rose Theatre.

Almost 4,000 Kingston University students will celebrate their academic achievements when they cross the stage to graduate in front of proud family, friends, academic staff and special guests this month.

Undergraduates, postgraduates and PhD students will collect their awards from Kingston School of Art, the Faculty of Science, Engineering and Computing, the Faculty of Health, Social Care and Education and the Faculty of Business and Social Sciences at prestigious ceremonies held at the borough's Rose Theatre in Kingston.

In total, 26 ceremonies will take place during the next fortnight. This summer's graduates will also be the first to have their post-ceremony drinks reception at the University's multi award-winning Town House building.

In addition to the thousands of students graduating, the ceremonies will also see the University acknowledge the outstanding contributions of two honorary doctors. They include former politician and barrister Dominic Grieve QC PC, who became Attorney General for England and Advocate General for Northern Ireland when the Conservatives formed a coalition government in 2010.

He served Beaconsfield as MP for 22 years and, after being called to the Bar in 1980, was made Queens Council in 2008 before being appointed to the Privy Council in 2010, where he focused on civil liberties and human rights with security cases. He is now President of the Franco-British Society and will receive an honorary doctorate in recognition of his contributions to the field of law and civil liberties.

Also being applauded for her achievements is British business leader Valerie Gooding CBE, who is being recognised for her contribution to women's role in business. She spent 12 years as chief executive of private healthcare firm Bupa and also had a 20-year career with British Airways. Ms Gooding graduated with a postgraduate Diploma in Management Studies at Kingston University - then Kingston Polytechnic -in 1981 and has worked for companies including Vodafone, Standard Chartered plc, TUI and Aviva UK across her career.

Ms Gooding was included in the Financial Times and Fortune lists of most powerful women and was appointed CBE for services to business in 2002.

Lauding the graduating students for their achievements, Kingston University Vice-Chancellor Professor Steven Spier said he was looking forward to celebrating with them at the ceremonies. "Our students continue to do wonderful things despite the challenges they may face along the way and I can't commend them enough for their drive, determination and talent," he said. "Seeing them cross the stage at graduation really is a culmination of all their hard work as they prepare to go out and make a difference in the world."