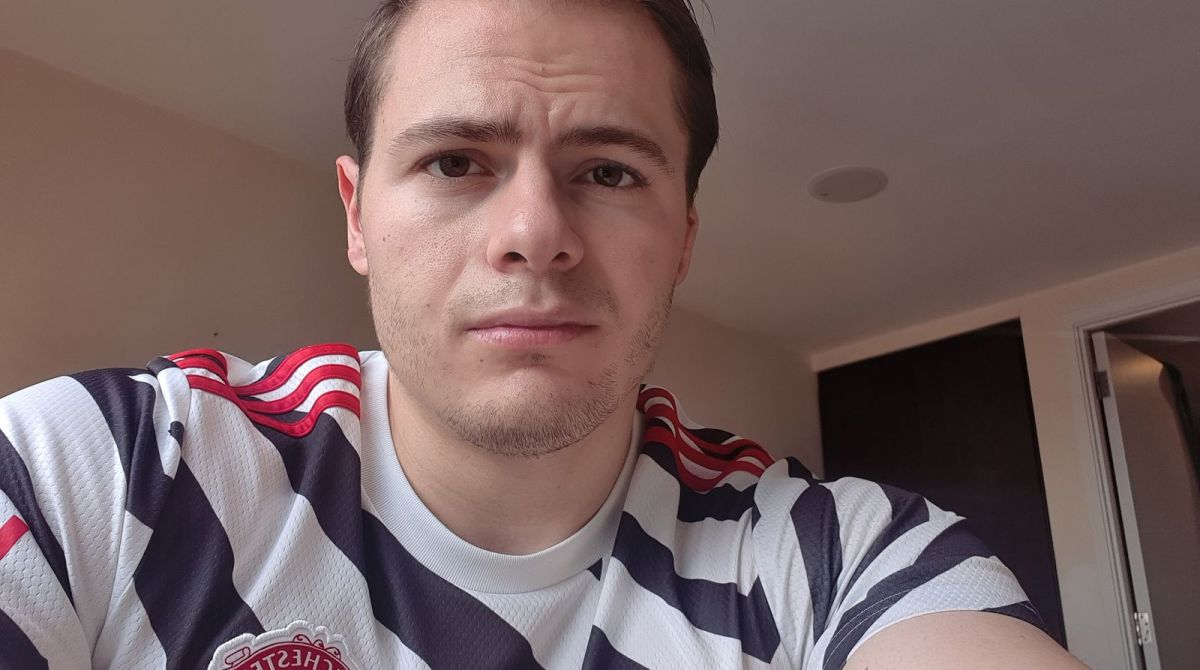 Just a year after joining Kingston University through Clearing, law undergraduate Jared Neimann has reflected on an eventful start to his studies, which saw him overcome challenging health problems when he was unexpectedly hospitalised with a heart attack.

The 22 year old grew up just outside of Johannesburg, South Africa, and moved to the United Kingdom to study law during the pandemic. While he had been on holiday to England previously, it was the first time he had lived in a different country.

The process of going through Clearing after not quite getting the grades he needed to study law at another university was something completely new to him when he picked up the phone to get in touch with Kingston University’s hotline. “At first I didn’t know much about Clearing because it’s not something we have in South Africa,” he said. "Initially it was a little daunting, but once I called Kingston’s Clearing hotline the operators were incredibly helpful. They quickly put me at ease and explained my options. The whole process went very smoothly and, before I knew it, I was accepting my place,” he said.

Jared was faced with a sudden health problem in his first academic year when he suffered heart attack while visiting his parents back in South Africa earlier this year. “It came out of nowhere and was a super stressful time,” he said. “But the University was great in supporting me during this period. I was able to pick up on my course work online and managed to make it back to the United Kingdom to take my end-of-year exams. I feel very lucky to be back in good health again now,” he added.

Jared bounced back and successfully passed all his modules – being described as an inspiration by his tutors. He said he’s really enjoyed the degree programme and the continued support from his lecturers has helped him through his health problems and to adjust to living overseas. “While life has been a bit chaotic with moving countries, the chance to meet so many like-minded people on the law course has definitely been my highlight so far,” he added.

Senior lecturer in law Eric Jeanpierre expressed his pride in Jared’s achievements this year. “Jared has done very well to come through the challenges he has faced in his first year and pass all his modules,” he said. “His perseverance has been inspirational and shows just how successful students who come through Clearing can be,” he added.

Clearing can seem like a challenging process, but Jared had some advice for prospective students applying through Clearing. “The main thing is to stay calm and keep positive,” he said. “Don’t be too deflated if you don’t get your first choice. I’m very happy that I ended up at Kingston University – things have a way of working out for the best,” he added.

Next year, Jared is hoping to get more involved with Kingston University's student Law Society and is already making plans for his career beyond university, with his sights set on qualifying as a solicitor in the future.