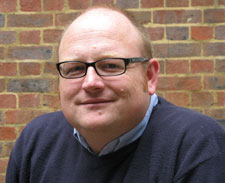 The newly appointed champion for the Antibiotic Action Campaign, Professor Mark Fielder has echoed Dame Sally Davies' calls for closer monitoring of antibiotic usage and increased development from the pharmaceutical industry. Diseases such as TB, which killed hundreds of thousands during the Victorian era, and gonorrhoea were becoming ever more difficult to treat as their resistance to antibiotics increased, he warned.

"There is an important medical need that must be confronted and tackled to prevent modern medicine slipping back in time. The spectre of antimicrobial resistance is potentially reaching catastrophic proportions - diseases such as TB and gonorrhoea will become more difficult to treat, so I am pleased to see this threat highlighted following the report published today," Professor Fielder, who is based at Kingston University's School of Life Sciences, said.

"Very few antibiotics have been developed in the past 20 years, in stark contrast to the new infectious diseases that have been identified nearly every year during the past 30 years. There must be more collaboration between healthcare and pharmaceutical companies to tackle what Dame Sally rightly describes as a discovery void.

"The report highlights the importance of looking after the antibiotics we currently have and supporting their use with improved hygiene and better prescribing policies to make sure we only use antibiotics when there is a real need and where they can be effective. There needs to be a public campaign to get across the key message that antibiotics don't work against viruses - they are only effective in combating bacterial infections. If used against viruses, routine infections will become life-threatening.

"I echo the call by Dame Sally that antimicrobial resistance needs to be put on the national risk register as a major concern and brought to the close attention of politicians and policy makers. There needs to be better surveillance across the NHS and around the world to monitor the situation as it develops further.

"This sort of action will help us tackle the next generation of hospital-acquired infections including the newly-described strains of pneumonia-causing Klebsiella strains."