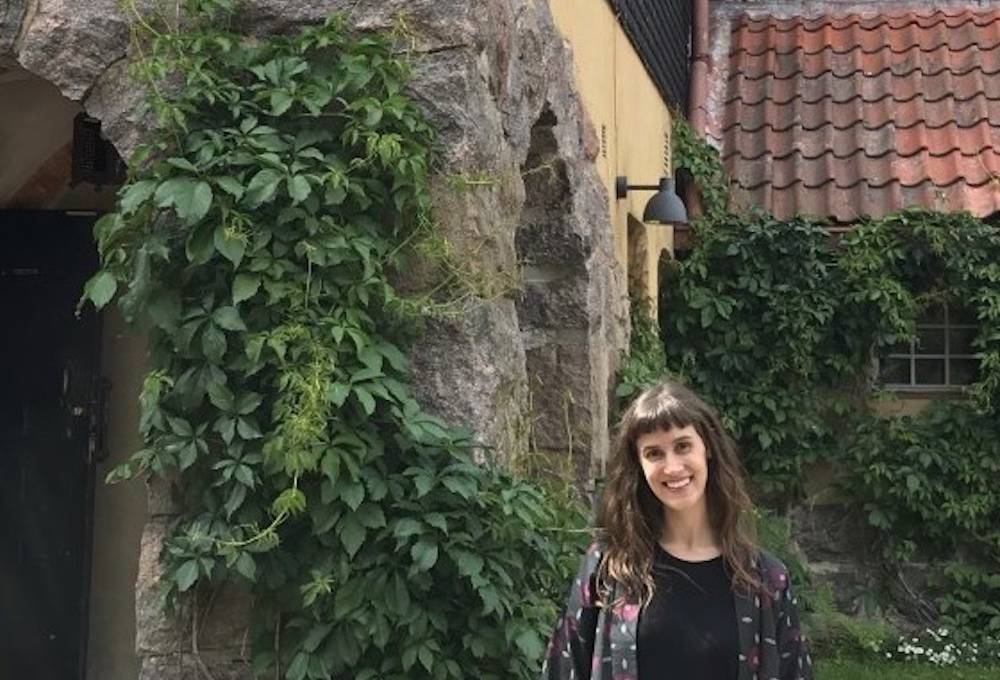 Active from the 1920s to the 1970s in the fields of interior design, furniture, glassware, metalwork, and textiles, Pipsan Saarinen Swanson (born Finland 1905; died USA 1979) is yet another woman designer who is still relatively ‘hidden from history', despite and/or because of being the eldest child and only daughter of internationally renowned architect and designer Eliel Saarinen and designer and sculptor Loja Saarinen, and sister of world-famous architect and designer Eero Saarinen. This thesis is the first in-depth scholarly study (partly biographical but mainly design historical) of Pipsan's achievements. It offers the most comprehensive overview of her life and work to date before focusing on her interior design projects and the mass furnishing lines that were inspired by that work.

Organized into two sections, this thesis first presents an overview and analysis of Pipsan's life and work, highlighting the importance of her early years, education, and training. Her career began at a time when many areas of design were dominated by men, and this section considers gender normative expectations of women and women designers, and opportunities open (or otherwise) to women designers in particular fields in the United States over the course of Pipsan's career. This section pays close attention to her interior design work, which she commenced professionally in 1929, and highlights the commissions that led to her interest in designing for mass production, not least because section two of this thesis focuses on mass furnishing lines that developed out of this work. Section two consists of three case studies of mid-price mass-produced furnishing lines with which Pipsan was involved in designing: Flexible Home Arrangements (released in 1940), the Saarinen-Swanson Group (released in 1947), and Sol-Air (released in 1950 and developed until 1955). Each entailed Pipsan working within different familial collaborations. Flexible Home Arrangements was designed by Eliel Saarinen, Pipsan, and her architect husband J. Robert F. Swanson, whereas Pipsan and her husband were the main creators of the Saarinen-Swanson Group, with contributions by other designers associated with the Cranbrook Academy of Art. The third line, Sol-Air, was designed by Pipsan in collaboration with her husband and her architect son Robert Saarinen Swanson.

This thesis addresses gendered work, gender roles, and Pipsan's visibility and invisibility within familial partnerships, while the case studies also analyze the lines and products in terms of design approaches, design processes, marketing, and critical reception in the design and lifestyle press. When Pipsan's interior design concepts were translated into designs targeted at a mass audience, identities became associated with the lines and products for the purposes of marketing. These product identities were variously devised by the designers, manufacturers, distributors, and the press through model rooms, printed promotional materials, and editorials in newspapers and shelter magazines. The development and coding of the designs—from custom interiors to mass consumption—reflect both Pipsan's career growth and broader socio-economic and political issues in the United States at the respective times the lines were released: the late Depression, immediate postwar, and early Cold War periods.

I earned a BFA in fashion design and art history from Pratt Institute (Brooklyn, NY) and an MA in History of Decorative Arts, Design History, and Material Culture from the Bard Graduate Center (New York, NY). After completing my master's degree, I worked as a researcher at the Metropolitan Museum of Art, the Museum of Arts and Design, and Phillips auction house. My research has been published in academic journals such as the 'Journal of Design History', and I have presented papers at international conferences. Recently, alongside dissertation research, I have taught history, research, and studio courses at a number of art and design schools including Parsons School of Design (New York, NY), Drexel University (Philadelphia, PA), Rutgers University (New Brunswick, NJ), the College for Creative Studies (Detroit, MI), and Wayne State University (Detroit, MI).

The Association of Dress Historians, London (July 2014): 'Counterfashion of the Nigilistka: Female Defiance of Convention and Law in 1860s Russia'