A new web portal celebrating the work of Eadweard Muybridge was launched on 21 May at The British Film Institute. It marks a further landmark in the Muybridge in Kingston project, first initiated by David Falkner at the Stanley Picker Gallery and Peta Cook, Curator of Kingston Museum.

The website, funded by the Arts and Humanities Research Council (AHRC), aims to provide a definitive research resource for the work of 19th century photographer Eadweard Muybridge.Â Information on all known collections of Muybridge's work around the world can be searched, as well as selected collections of rare books published by Muybridge during his lifetime.

The portal also has an image portfolio of much of the work Muybridge bequeathed to Kingston Museum. Alongside the images are commentaries that give an overview of the significance of Muybridge's photographic and zoopraxography work in relation to the rapidly changing social, political and cultural landscape of the 19th century.

Professor Fran Lloyd, Associate Dean of Faculty of Art, Design & Architecture, said: "The web portal brings details of the 121 Muybridge collections in the world together for the first time. As part of this collaborative project it has been established that the Kingston Museum collection is indeed one of the three most unique collections of Muybridge in the world.Â 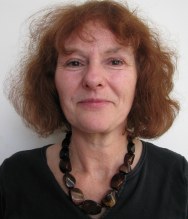 "This is only the beginning of a larger research project, but we are delighted to have been able to achieve this with the support of the AHRC and the in-house design skills of our Media Project Team."

This year Tate Britain is staging the first major UK retrospective of Muybridge's work, and a series of events in Kingston will be marking this important occasion. The upcoming events, which include special exhibitions of seldom seen material not featured in the Tate show, as well as contemporary art commissions and innovative new web resources that places the Kingston collection on a word stage are: