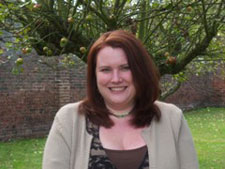 The education and care children receive in their early years can determine whether they go on to success or spend their life on the dole – yet little research has been done in this area. Now, a team from Kingston's School of Education is aiming to change that with a three-year cross-European study – thought to be the biggest of its kind – that will examine how toddlers can be given the best start in life.

The project, known as TODDLER – Toddler Opportunities for Disadvantaged and Diverse Learners on the Early-childhood Road, is funded by the European Commission's Lifelong Learning Programme (£300,000). Starting this autumn, early years lecturers Helen Sutherland and Jan Styman will be investigating nurseries, playgroups and children's centres across England to try to determine which approaches give children aged 18-36 months, particularly those from low income or migrant families, the best life chances.

Helen is a former nursery nurse who has worked in early years' education for more than 20 years. She said: â€œWe hope the project will give professionals a better understanding of toddlers and how they can reach their full potential. We will be looking at the factors that help toddlers to achieve emotional well-being, including their environment, the kind of support they receive from professionals and parents and how they learn to talk.

Their findings will be brought together with research conducted in seven other countries to produce recommendations on improving early years education. Training courses will be developed to help teachers and carers to implement the findings. The project will identify areas of improvement for each country as well as European-wide examples of the best ways of improving toddlers' well being and language skills.

According to Helen, the importance of early years education is often neglected in the UK because there is no legal requirement to educate children until they reach the age of five, although the government funds nursery places for three and four-year-olds. "The years between naught and five are formative ones which can give children lifelong skills that allow them to learn and develop," said Helen. "We hope this project will help give toddlers opportunities that will help them get the best out of life as well as raising the standing of early years professionals."

The EU has made pre-primary education one of its 2010 priorities because of its importance in establishing the basis for further learning, preventing children dropping out of school and raising the life chances of poorer children.