Improving the detection of problem pathogens in hospitals 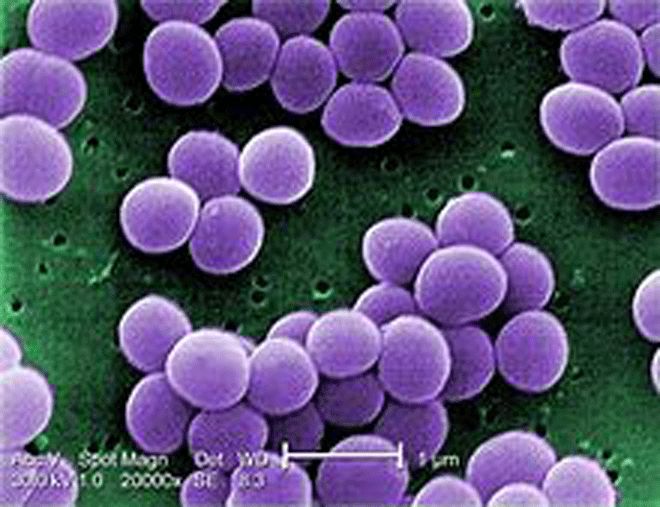 The speed and efficiency with which harmful bacteria can be detected in hospitals is a critical issue in healthcare and patient safety.

About 30 per cent of people are carriers of Staphylococcus aureus, which is found on the skin and nasal passages. The bacteria can cause a range of illnesses, from minor skin infections to life-threatening diseases such as pneumonia and meningitis. MRSA (methicillin resistant Staphylococcus aureus) is one particularly feared strain that has become resistant to most antibiotics.

Current tests for Staphylococcus aureus are lab-based, requiring transport and processing of samples by highly trained technicians. It takes around 24 hours, from testing, for hospitals to process the swab and receive the results, by which time the infection could have been passed on.

Research led by Dr Sinclair, Dr Le Gresley and Professor Fielder, all of Kingston University, has led to the development of improved ways in which bacteria such as Staphylococcus aureus, and its MRSA strain, can be detected.

The starting aim of the research, which began in 2011, was to dramatically improve the turnaround time for testing for the bacteria. Faster testing would help to prevent cross infection in hospitals and hospices, with life-saving potential. Furthermore, cost benefit analysis carried out independently by Aquarius Population Health Ltd, concluded that a more efficient system for testing would also save institutions considerable expense.

The development of a new test, known as LGX (after the postdoc who carried out the synthesis, Lyndsey Geldeard) enabled the synthesis and patenting of a novel fluorophore capable of distinguishing between Staphylococcus aureus and other bacteria at very low concentrations. This test is superior to current methods as it gives a result within 30 minutes and is amenable for incorporation into a point-of-care system. Kingston University students were involved in the lab-based validation of the test, with 260 students volunteering to be swabbed, so that the test could be confirmed to the gold-standard of bacterial culture. In order to validate the test in a clinical environment, hospital-based trials of the fluorophore are due to start later this year at Guy's and St Thomas' Hospital and the Royal Marsden.

The second stage of the research has been to develop working prototypes. As medical practitioners are to administer the point-of-care tests, a practical product design is vital. A series of prototype cuvettes have been developed, used to house the fluorophore and permit the introduction of a swab and mixing of any bacteria to give a fluorescent response. The aim is for this to be combined with an off-the-shelf battery-operated, hand-held fluorimeter for the assembly of a working prototype by the end of 2015. This will be used to demonstrate the potential of the LGX test to potential investors and carry out studies into ergonomics amongst end-users within the institutions of our clinical collaborators.

Collaboration and working in partnership

The expertise of engineers, including Professor Jian Wang and PhD Student Liam Griggs, as well as industry advisers such as Medicalwire, has identified potential issues in manufacture and scale-up. This has allowed early troubleshooting and has further informed the business case when considering licensing of the technology for use in a healthcare environment.

In tandem with the development of the Staphylococcus aureus test, the group are working in collaboration with the Pirbright Institute, to develop this approach into a platform technology, enabling the rapid detection of the virus responsible for Foot and Mouth Disease.

In addition, the group have started to synthesise a similar fluorescent probe for the detection of carbapenamase, an enzyme expressed by carbapenem-resistant bacteria. This is an area of growing concern as the carbapenem family has the broadest spectrum of the lactam-based antibiotics and is used when lactamase producing bacteria are the cause of the infection and other antibiotics are ineffective. These probes, which are under development, are designed to work with the cuvette and hand-held fluorimeter system already designed for the LGX test. This would convert a single pathogen test into one which could easily be adapted for the rapid, point-of-care detection of a number of problem pathogens.