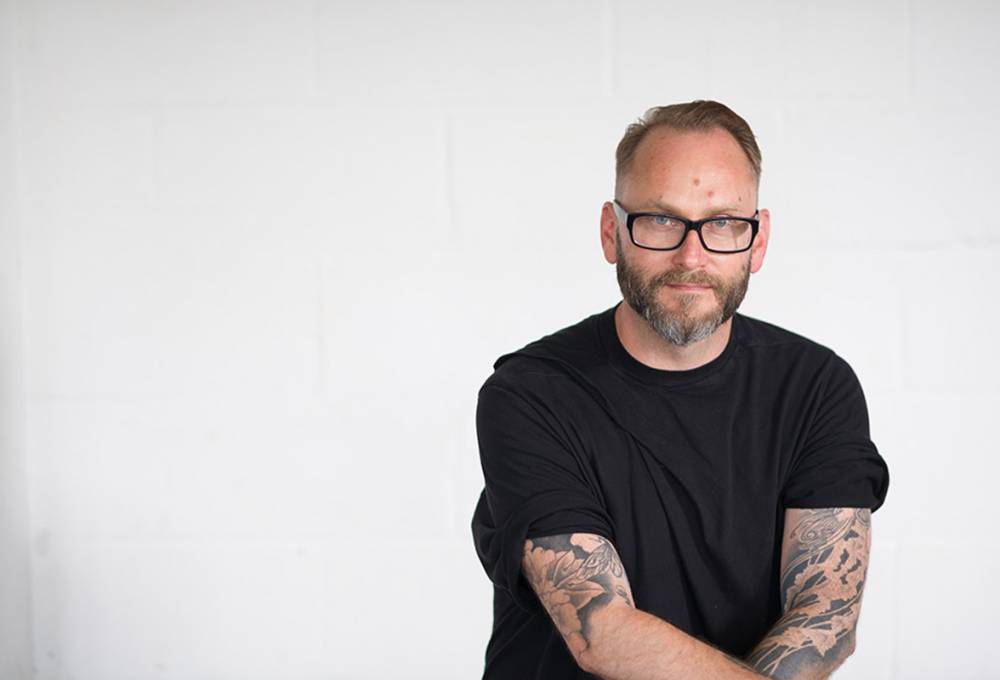 I have taught at various institutions including Middlesex University, London College of Fashion, Nottingham Trent and Central Saint Martins.

I have been commissioned to produce work by Swarovski, the Victoria and Albert Museum and Andaz Hotel. The Victoria and Albert Museum acquired his The Garden of Eden Dress (Spring/Summer 2007) for its permanent fashion collection in 2009. He has collaborated with Meadham Kirchhoff (Autumn/Winter 2009), Manolo Blahnik (for Meadham Kirchhoff) and ASOS.

Currently my practice led PhD project explores the notion of embellishment as a spatial and theoretical concept through its relationship with the body, fashion and dress.

I am currently a PhD Candidate at University of the Arts London, London College of Fashion.

My practice based PhD is concerned with what constitutes a fashion embellishment and how new materials, techniques and technologies can be used for fashion embellishment. I am developing theories about what it means to embellish a fabric, how it relates to the body and fashion, and linking this to my current practice. I am interested in Jacques Derrida's notions of supplementarity and grafts, Malcolm Barnard's theories of fashion as prosthesis, Joanne Entwistle's theories of the decorated body, and Edward T. Hall's notions of proxemics, and how they can apply to my subject specialism. My practical work draws together these theories and incorporates Kenneth Snelson's tensegrity technique as well as Naum Gabo's stereometric principle of sculpture.