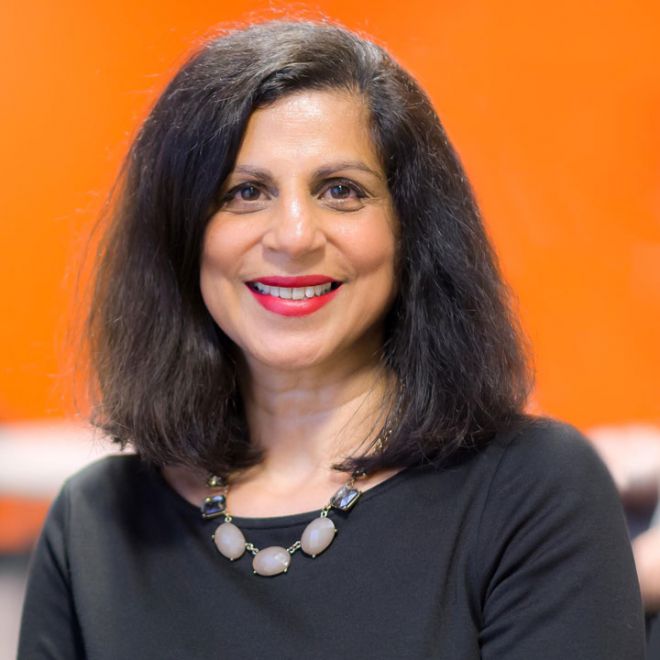 Kingston University's Director of Equality, Diversity and Inclusion Nona McDuff has been awarded an OBE in this year's Queen's Birthday Honours. Ms McDuff - who is due to take up the new post of Director of Student Achievement next month - has been awarded the accolade for her services to higher education.

For the past four years, Nona McDuff has driven an ambitious programme of activity across Kingston University designed to reflect the needs of the institution's diverse students and make its courses as inclusive and accessible as possible. A major aspect of this has been the work she has led on to build inclusivity in to the academic career framework at the University - an initiative that was acknowledged with the Guardian University HR Diversity Initiative Award in 2014.

Ms McDuff said she hoped her OBE award would shine a light on the important equality and diversity activity being stepped up across British higher education institutions. "My career to date has been dedicated to trying to help people from all backgrounds achieve their very best at University," she explained. "The past few years have seen many initiatives designed to support this aim and I am very proud that my personal efforts in this field have been recognised. There is still much work to be done though, and Kingston University will continue to lead the way in helping students break down the barriers to success."

The inclusive academic career activity provided a catalyst for Ms McDuff to develop the nationally-lauded inclusive curriculum framework which steered the University to further success at the Guardian University Awards this year when it scooped the prestigious Teaching Excellence award. The framework, which has resulted in changes to academic processes and practice, acts as a comprehensive guide for staff to help them ensure all degree programmes are tailored to meet the specific needs of the University's diverse student body.

Nona McDuff has also been instrumental in the University's success in reducing its BME (black and minority ethnic) attainment gap during the past three years. In 2015 she was invited by the Higher Education Academy to launch a sector project on the BME attainment gap and is currently leading a £1 million Government-funded project working with six other higher education providers to expand the University's successful approaches to making the curriculum more inclusive.

Next month, Ms McDuff will oversee the launch of the newly created Directorate of Student Achievement which will join together the University's expertise in equality, diversity and inclusion. She said she was looking forward to working with the teams that would form the new Directorate. "We want to provide more tailored support to students and track their education journey to help them make the very best of their time at Kingston University," she said.

The diversity champion is one of only 27 members of the Teaching Excellence Framework (TEF) panel which evaluates teaching practice in higher education providers across the country. She is also a member of the ministerial Social Mobility Advisory Group which prioritises the challenges and barriers students face when entering higher education and chair of the Higher Education Race Action Group - which has more than 400 members from across the United Kingdom.

In 2015, Ms McDuff was invited to the House of Lords to address the All Party Parliamentary Group on Higher Education on diversity in academia where she challenged the ministers to take active steps to promote social justice through education. Prior to joining Kingston University, she was Deputy Head of the Faculty of Business at South Thames College and she has taught on both higher and further education programmes.

Kingston University Pro Vice-Chancellor for Learning and Teaching, Dr Clarissa Wilks said that Ms McDuff thoroughly deserved her OBE award. "Through her understanding of the barriers to success and her effective collaboration both within the University and alongside other institutions across the country, Nona has developed sector-leading approaches and influenced cultural change," she said. "Not only has she catapulted the University to the front of the sector in terms of its commitment to equality, diversity and inclusion, she has also affected positive change in universities up and down the country."