Catching up with... John Murray

Since publishing, John has sadly passed away.
Please do visit his 'Treasure Every Beat Of Your Heart' video on YouTube.

This month we catch up with John Murray (Chemistry GRSC, 1987) He talks us through his time at Kingston studying chemistry, his love for rock music, and his journey that has seen him work for Richmond council and teach people how to fly! He has now gone full circle and returned to his first love – song writing. 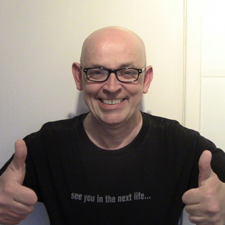 Have you been back since graduation? If so when and what for?

I lived in Kingston for a good number of years afterwards and despite now living in Yorkshire I still get back from time to time. Does the council have a TARDIS on the old power station site? It seems to believe it can fit an infinite number of people into a tiny space, and I dread to think what it will do to the trains and the one-way system. 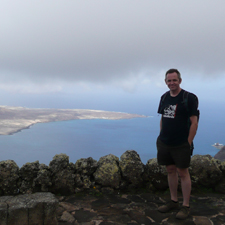 I hoped to do music in the form of singer/songwriting, and after four years working for the council coordinating funding to voluntary groups and 14 years learning, and then teaching people to fly to gain their commercial licences and instrument ratings to take you all on holiday, I'm back on the songwriting.

I thought they were all excellent – proper teachers rather than scientists doing a spot of teaching on the side as I had previously experienced.

Tell us about your song and why you released it?

I was diagnosed with small cell lung cancer in late 2009, and to be honest I went on a bit of a gig/festival/holiday jolly until early 2012 when I found myself writing songs again. 'Treasure Every Beat Of Your Heart' is by no means the best one but I thought it would resonate with people trying to get through difficult times so I recorded it first. Watch and listen to 'Treasure Every Beat Of Your Heart' on YouTube. 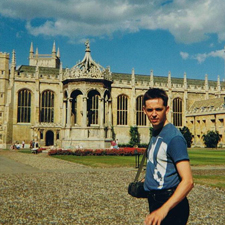 Hopefully the above and the rest of my songs if I'm well enough. The lung cancer came back a few months ago, accompanied by liver cancer and the two of them are conspiring to finish me off. I'm still receiving chemotherapy though, so you never know.

The new film The World's End.

Any festival with enough stages to avoid all the rubbish that has at least three decent acts a day. Rebellion in Blackpool for example.

You are to live out your final days on a desert island:

Who would you take and why?

Simon Cowell in order to completely ignore him.

Which book would you take and why?

A bird guide to the area of the world where the island is located.

Which movie would you take and why?

Which food item would you take and why?

Chicken shish from The Kingston Kebab Centre opposite Londis!