Catching up with... Julie Wassmer

This month we meet Julie Wassmer and discover how her personal life has been a source of inspiration during her writing career for TV and most recently for her autobiography which was voted best book of 2010 by Mumsnet. 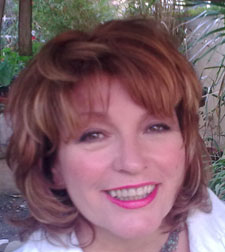 I applied to Kingston (Polytechnic as it then was) as I had a few friends who were already studying in the architecture department. I was born and brought up in London's East End but in the early '70s I had moved to Wimbledon and it was an easy bus ride from there into Kingston.

Have you been back since graduation? If so when and what for?

A few weeks after graduating I returned one summer afternoon to visit the library. I bumped into Dr Latham, who had been my English tutor, and she wished me luck with my writing endeavours. I never went back after that but I now live in Whitstable and since my daughter recently moved to Teddington I find myself driving past the University's main building in Penrhyn Road every time I visit her. I always feel as though I'm heading in for a lecture.

I'm in touch with Sandra Meneaud, a fellow student who contacted me recently via Facebook. She now lives in Spain and was returning there when she happened to see my book, More Than Just Coincidence, on a stand at WHSmith at Gatwick. She remembered my name, bought the book and read most of it on the flight back home. We're now in contact quite regularly and have reminisced about our time at Kingston.

I always wanted to write. Kingston gave me the opportunity to study good writing for three whole years, and, apart from some financial insecurity at that time, I felt incredibly lucky to be able to do so. After graduating, I worked in radio production at the BBC for some time, moved on to television commercials and finally had a short film script accepted for production by Channel 4 and British Screen in the late '80s. Following that, I got an agent and started writing television drama. That makes it all sound straightforward but my life has been a circuitous path with many twists and turns. I've written exclusively for TV since 1989 but I had an autobiography published a few months ago by Harper Collins and I have just begun writing a novel.

You have worked as a writer for Eastenders, what storyline that you were involved with are you most proud of?

I wrote for Eastenders for almost twenty years so there are many storylines in that time but one storyline in particular, concerning Sonia Jackson giving up her daughter for adoption, allowed me to draw upon my own experience. I honestly believe the episodes I wrote at this time were all the more 'real' for that.

Who was your favourite lecturer and why?

Dr Latham. I remember her once taking me to task for not working hard enough on a TS Eliot critique. Firm but fair. I wrote about it in my book. She inspired me to get through.

It has to be writing my book as it was the hardest story I will ever have to tell; how I came to find, through an almost unbelievable coincidence, the baby daughter I had given up for adoption when I was a teenager. My daughter was 20 years old when we were reunited and I sat on the story for a further twenty years until I finally felt able to share it. Since the book has been published so many people have contacted me to share their stories with me. Doris Lessing once said that "Coincidences are God's way of remaining anonymous." I know what she means.

Never waste a talent and always try something you really want to do. If you fail at it, you'll still learn something.

Stepping onto the scales after Christmas.

In the summer, writing on the porch of my beach hut with my daughter and grandkids as a fabulous distraction.

In the winter, curled up, reading, in a warm, comfy room with the snow or rain doing its worst outside.

I'm potentially a 'bogus doctor'. Whenever I'm in a hospital I want to put on a white coat and stethoscope and study bed charts.

Who would you take with you any why? My husband, Kas. He's a carpenter, designer and builder so I'm sure, in no time, he would construct a suitable craft to get us back to civilisation. Failing that, he'd build us a wonderful island home that everyone would soon want to visit!
What book would you take and why? To Kill a Mocking Bird for its humanity, sense of place and character. It doesn't surprise me that Harper Lee failed to write another book as To Kill a Mocking Bird is so complete.
What movie would you take and why? The Graduate, I never tire of the visuals, performances, humour and script. The sense it conveys of young people in the '60s breaking free of the mores of the previous generation always resonates with me.
What food item would you take and why? I'm from Irish stock and could never live without a potato!