Catching up with... Mark Cotter QC

Meet Mark Cotter QC, the first in his family to be educated beyond the age of 15, and proud Kingston University LLB alumnus. "Looking back, I wouldn't change anything. I have fantastic memories of Kingston and absolutely loved my time there..."

What have you been up to since graduating? 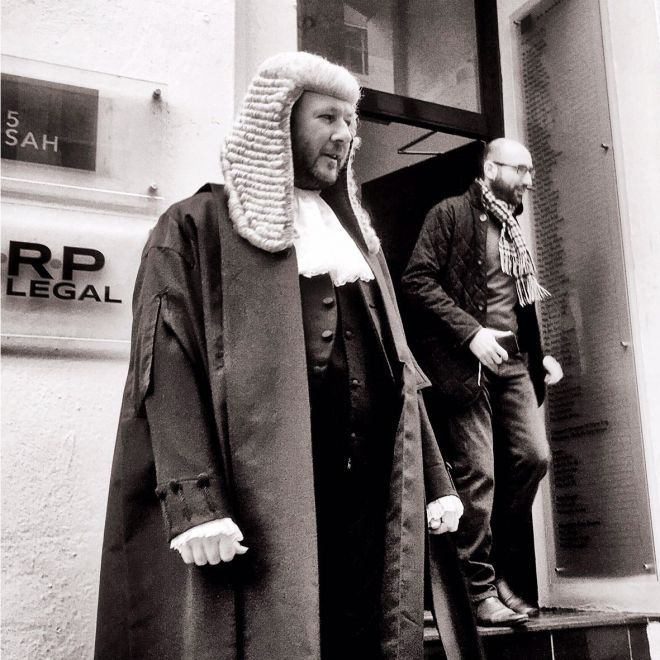 I graduated in 1992 and then started an LL.M at the University of Wales College Cardiff (now Cardiff University). I completed my LL.M in 1993 and then I attended the Inns of Court School of Law between 1993 and 1994. I was called to the bar by the Honourable Society of the Middle Temple in November 1994 and started paralegal work with a criminal firm of solicitors the same month.

I was then offered a criminal pupillage and started in February 1995. I was given a tenancy in chambers in late 1996 and stayed in chambers (Holborn Chambers, formerly 3 Kings Bench Walk) until October 2002, when I moved to 1 Harcourt Buildings. Those chambers purchased a building and became 5 St Andrew's Hill at Easter time 2006.  I have been in Chambers ever since and I will be sworn in as Queen's Counsel on 13th February 2007, almost exactly 22 years after starting pupillage.

When I applied Kingston was a Polytechnic. It was possible to apply to four Universities (through "UCAS") and five Polytechnics (through "PCAS"). I chose Kingston because it was widely recognised as the best polytechnic in the country.

Snowball fights outside the student union on Kingston Hill. Seeing 'Ride' play at Penrhyn Road students union before a crowd of about 50 just before they released their first EP (I still have a poster advertising the gig that I took off a wall in the Union)... Friday nights in the Ram (when it was still a small smoke filled boozer where all the police drank), and Saturday nights in the Gazebo.

Other great pubs have now gone like the White Swan and the Newt and Ferret - there were so many great pubs in Kingston. Summer was always fantastic as well because there's so much green and the river. I think I attended a few lectures somewhere along the way. Robert Upex was head of the Law School then. The Law Soc balls and Inns of Court pub crawl were other highlights...

Yes I often appear in Kingston Crown Court. I did a five week trial there last Spring and I always go for a wander down memory lane. It's changed a lot, in that the riverside is unrecognisable (it was just a mud riverbank when was there and now there are amazing walkways, shops and apartments). The Ram has been opened up but the Gazebo hasn't changed much.

I introduced the first bloke I met to his future wife during our first week, as she was sharing a landing in Walkden with a girl I went to School with in Cardiff. He was the first friend I told when I found out I was being appointed as a QC. He was absolutely overwhelmed, I think it's nice when you've studied together and then made something of it. He's a partner in a major city firm and his wife was as well, before becoming a very contented mother of two. We see each other regularly and others as well...

Being appointed as QC is definitely it. My grandfather was a coal trimmer in Tiger Bay and I am the first generation of my family to be educated in school beyond the age of 15. This is massive for my family and shows that barriers based on 'class', etc. are being broken down. I am speaking at Cardiff University on that topic in a few weeks to students from less affluent backgrounds who aspire to be lawyers...

Do a bit more sport, drink a bit less beer, make the effort to get into London more.

What advice would you give current students on the LLB programme at Kingston?

I think things have changed a lot and self-discipline is probably a lot more important these days. Make use of all the resources (and pubs) you have at your disposal, but also make sure you get at least a 2:1. Don't fear land law, it's not as bad as it seems. Make an effort to read the famous House of Lords judgments and you'll actually find they are interesting and will help you be able to think in straight lines and see the wood for the trees...

I once cross-examined Katie Price.