Catching up with... Paul Adamson

This month we catch up with Paul Adamson, veteran lobbyist and editor-in-chief, E!Sharp magazine, who was awarded an OBE for services to promoting the European Union in the New Year Honours' List. 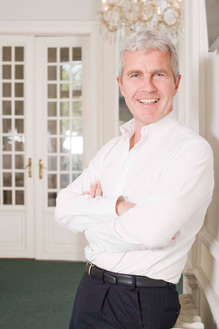 Frankly, through Clearing. I wanted to study 'in London'!

Where are you from originally and where do you live now?

Sum up your memories of your time at Kingston in three words.

What did you expect to do after graduating, and are you doing it?

I thought (hoped) I'd become a Eurocrat. After graduating I became one of the first intake at the European University Institute in Florence (Mark Hagger told me about it). Thanks to Kingston, I studied in Grenoble for a year followed by three years in Florence. After having my own lobby shop and think-do tank 'The Centre',  I spend much of my time on my online magazine E!Sharp.

Tell us briefly why the EU is so important today.

Even the bigger member states like the UK are small in the global scheme of things. We need to work together to drive prosperity and create jobs for young people.

Being married to the same gorgeous woman for 33 years.

One of my magazine columnists referred to meetings of billionaires such as Bill Gates and George Soros as the 'G Plenty'!

Reading, some exercise, relaxation and sharing most of a bottle of €10 euro champagne with my wife.

What do you take? My wife, Denyse (we met in Florence). She's the most amazing person – clever, funny and beautiful.

Which book do you take, and why? The Guns of August by Barbara Wertheim Tuchman – how to combine erudition with beautiful writing.

Which food, and why? Something Brit that I can't find in Brussels – such as a Cornish pasty!

Which movie? North by Northwest – it is fun, gripping and works on many levels.

I think I am quite witty – not sure my friends would agree (certainly not my kids...).