Home > Alumni > Our alumni > Catching up with > Yvette Vanson 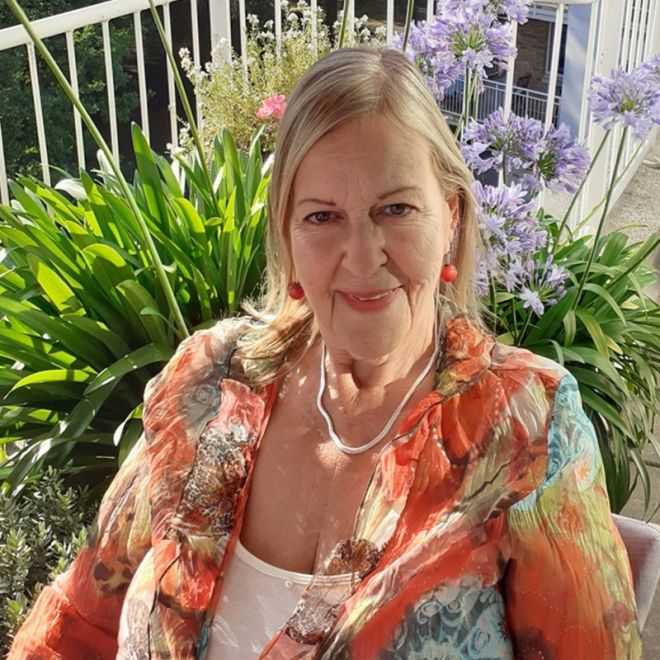 Yvette Vanson studied BA Social Science and graduated from Kingston University in 1979 with a first class. Yvette was a producer/director of award-winning independent documentaries, including The Murder of Stephen Lawrence which won a BAFTA in 2000. Yvette is currently writing her memoirs, The Simple Truth.

Tell us about The Simple Truth?

I have had a roller coaster of a life, from the 60s sexual liberation (what fun!), theatre and television acting, to working as a BBC producer when I was blacklisted for my socialist beliefs, and then 20 years an indie producer/director - trying to never compromise on my principles. Later, an artist too.

In The Simple Truth I want to celebrate the sisterhood of my friends and the solidarity which sustained me. I interviewed 18 close friends and our conversations intersperse my own narrative. I am candid about all aspects of my life. I do not hold back on difficult issues, personal, social or political. That's how I lived my life. Out there!

I am hoping the book will appeal to a wide audience. Those interested in the creative arts, economics, the challenges and rewards of television production, political and legal intrigues, living in dread, travel for pleasure, human rights and abuses, history, architecture and culture, socialism, truth and reconciliation, survival, practical action for a green and sustainable future. Hope...

What has been your career highlight?

Finally getting a commission from Channel 4 for the first Stephen Lawrence documentary. It took so long and we had so many kick-backs, including from Panorama, who put an interview with Princess Diana before the Lawrences. But I did the first in-depth interview with Doreen and Neville. I was so moved by their grief; their candour; their anger; their disbelief at the racism in the police.

I was also proud of Kentucky Fried Medicine - a series exposing and warning of the horrors of private medicine in the USA, where people are left to die if they don't have insurance. Literally. I took my 6 week old son, safely, on the shoot. I felt it was that important. Given the pandemic, I believe most people really understand the importance of socialised medicine, free for all.

What advice would you give to an aspiring film producer or director?

Be driven by your passion! Be it exposing injustice or the wonder of an artistic endeavour. Remember content determines form. So without preparation, research and scripting based on real substance, your film will be flimsy and won't reach the audience. Be truthful, value your contributors above all. And with dogged determination and resilience in the face of setbacks, you will give voice to those you represent. That is the most fulfilling achievement - not making a fortune! Something I neither aspired to nor achieved!

That study is hard...but work slowly and steadily. Keep plodding on - libraries don't have to be daunting places, you'll never read all those books - but you will get there in the end! That enlightenment comes from people like Bob Sutcliffe, my witty, principled economics tutor - an honest man. The support he gave me was practical but also inspiring.

Meeting interesting new people from across the globe. As well as standing for Student Union President on a pro-Palestinian ticket - not winning - but garnering much support and some hostility! A passion of mine ever since. Also, occupying the Vice Chancellor's office for a couple of days when they wanted to introduce £300 per annum fees! We won, but sadly it happened later on. I feel for students today not having the free education I enjoyed.

I was honoured to be asked to deliver a speech at the Film and Media graduation ceremony. I was apprehensive and nervous about addressing an audience - 600 strong! It was at the height of the Me Too and Black Lives Matter campaigns. As I abhor prejudice, bigotry, discrimination, inequality and exploitation...I didn't hold back! I was delighted that my speech was met with a standing ovation.

Tell us something no one would guess about you